Rothman | Defending Champs visit, but that can't be the only story 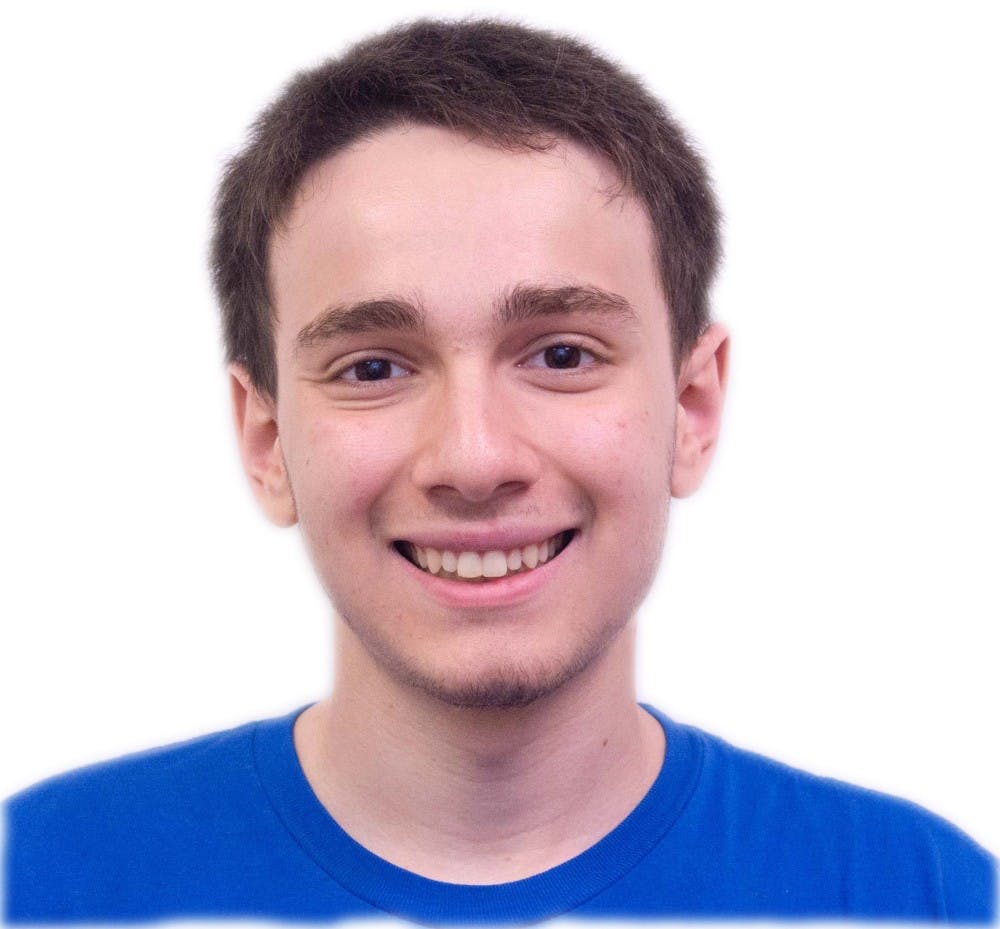 Back in my freshman year (which indeed calls for the past tense, I swear), Penn basketball hosted Villanova at the Palestra. The game was nationally televised and the Palestra was full, and I was just a couple rows off the court after dropping $30 on a VIP season ticket package sponsored by Penn Dental that nobody else seemed to know about.

Well, we didn’t get crushed. We hung with Nova until late into the second half. It unraveled for Penn after one of the media timeouts. I know this because during that media timeout, I got to participate in an on-court contest. They dressed me and another student in Dunkin’ Donuts coffee cup costumes, and we had to race down the court, hit a layup, race back down, and hit another layup. The second-place prize was a $5 Dunkin’ gift card.

I don’t know what the first-place prize was, because I didn’t win. I dribbled the ball fine and hit both my layups, but the other guy was just a bit faster. I didn’t win, but it was a respectable performance in front of a big crowd of people who, for the most part, didn’t know me.

And that’s exactly what I need to see out of Penn basketball on Tuesday night against Villanova at the Palestra.

It’s our home opener, we’re playing the defending national champions (not Ivy, not FCS, but NATIONAL) and there’s a “Fan Fest” before the game. People will be there. And many of those people don’t really know or care about Penn basketball, yet.

So the question is, will we see a respectable showing from Penn basketball, resembling the solid effort the team put in against Miami recently? I sure hope so. This game matters.

Not because I want to be tricked into thinking my school might be on its way to a miraculous victory like I was for a few minutes as a freshman before I donned that fateful cup. Not because the game counts in the Ivy standings, or because both teams enter the game with a real chance to win said game. But because for Penn’s basketball team to become relevant on Penn’s campus, the only reason for coming to, staying at, and remembering the game can’t be Penn’s opponent.

Plenty of people will be at the Palestra for the first time Tuesday night. You only get one chance to make a first impression, and if the home team isn’t worth their salt, the reality is that, for many, the Red and Blue won’t get a chance at a second impression.

Penn kids are smart. If all the entertainment on Tuesday night is provided by the Wildcats, a lot of students will realize, Villanova is just 20 minutes away.