Aaron Cooper |No Penn, only faces

Aanarchy | Penn has to reframe its discussion of mental health 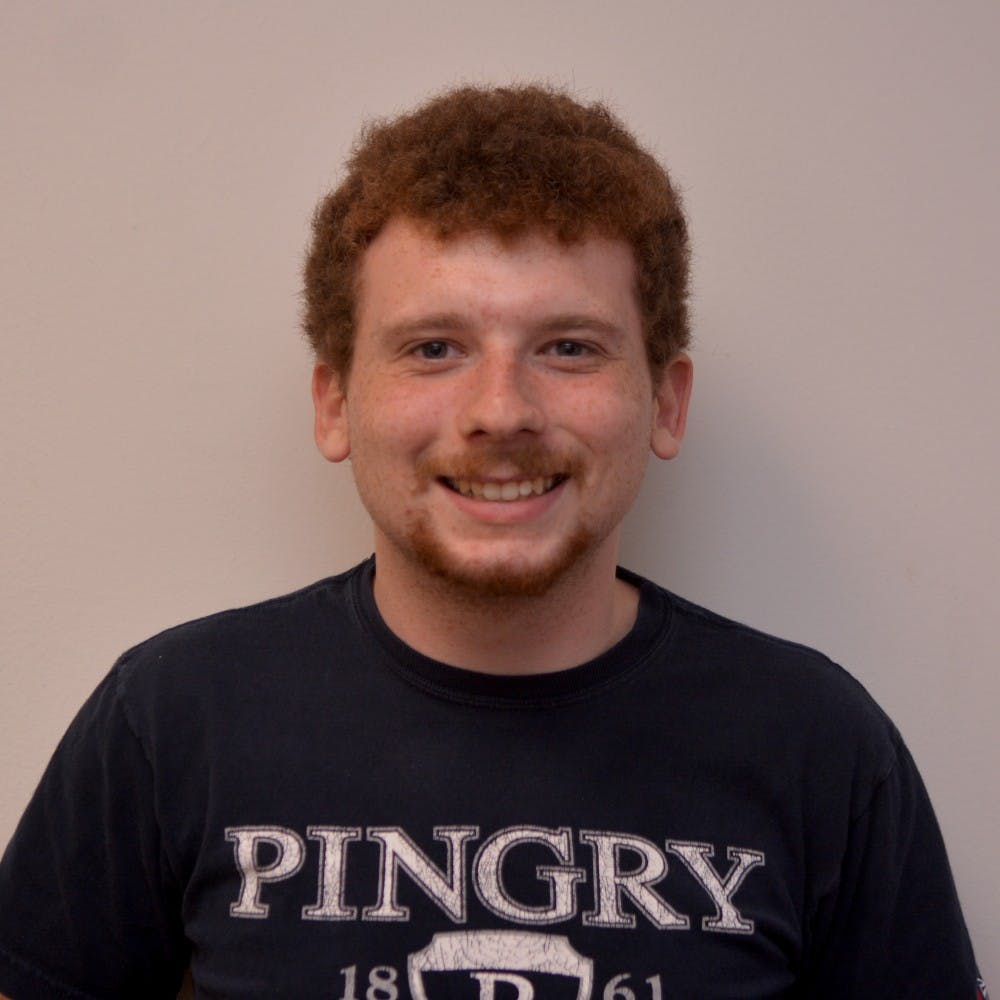 For quite some time, I’ve struggled with mental health. That battle has been a personal one, and I’m glad to be in the stable and generally happy position I am now. But as an incoming freshman, the mental health conversation at Penn surprised me. I didn’t even know what “Penn Face” was, but I was already told that I was struggling because of it. What seemed to me to be deeply personal experiences with anxiety and depression, self-image and self-esteem were apparently broad cultural ones that could be painted over with a brush 10,000 students wide.

Apparently Penn was a pressure cooker, with a ubiquitous, inescapable culture. The conversation wasn’t about individual problems, it was about institutional problems, focusing on solutions that could be applied by every student ubiquitously. Apparently, our masks were not our own, they were shared by all, with the same Quaker mascot and university crest on each.

I think this trend is a dangerous one for a couple of reasons. First, it’s a self-fulfilling prophecy. University culture isn’t something that a shady council of elders distributes to students in black envelopes. All Penn culture consists of is what we do on a day-to-day basis. A lot of the choices we make, particularly under significant emotional duress, have less to do with rational self-improvement and more to do with following perceived expectations, the internalized list we form of acceptable actions we can take within our culture. This makes generalizations like Penn Face troubling, particularly when we impose them on new students who haven’t had the chance to live a Penn experience for themselves, and to a certain extent, craft their own culture.

The problem runs deeper than that. The “Penn Face” epidemic takes hundreds of deeply personal problems and turns them into a single homogeneous, institutional one. Of course everyone has trouble opening up about mental health, trauma and tragedy. That’s called stigma, and it’s such a common idea that it’s practically become a buzzword in the world of mental health and neurodiversity activism. But the actual problems that people face are unique and personal, and their reservations about opening up and seeking help have more to do with the nature of those problems than the name that happens to be on their college hoodies.

The interview is dead

When I struggled in silence, it was due to a complex of shame that was related to my mental conditions and personal experiences, not because my high school was a little uptight. Culture was a part of it, but not the bulk of it. While my problems were surprisingly common, they weren’t an epidemic like the swine flu, a single virus with a single cause and a single vaccine. Like all mental health struggles, they were my own.

I believe this trend can be dangerous. When we use the phrase “Penn Face”, we implicitly tell struggling, vulnerable freshmen that their problems are institutional, which can cause them to feel like a face lost in a crowd. It strikes me as a surprisingly common fear that I’ve encountered in those that struggle with depression and anxiety: that everyone has the same problems that they have, and when they fail, it’s because of personal weakness. Of course, we’re not saying that directly when we talk about Penn Face, but it’s a message that does come through when we fail to treat people like individuals.

I understand that the proliferation of this idea comes from an altruistic place. When we see our friends and loved ones struggling in silence, we want to do everything we can to help. Before we can do that, we have to try to understand them. And mental health problems are pretty damn hard to understand when you haven’t experienced them yourself. How can you empathize with someone in a mental state that you’ve never experienced? How can you rationalize behavior that is, by definition, irrational? It’s challenging, and it’s attractive to look to the simplest available answers.

But in the end, that’s not enough. I’m not advocating for some kind of ban on the phrase “Penn Face”, and I’m not even saying there isn’t some basic truth to it. But what I am saying is that we have to go deeper than that if we want to reach out and help our friends in this community. When someone struggles with mental health, we have to treat them like individuals, not institutional symptoms. These questions never have answers that are simple or easy. But they’re answers we have to try to find. The stakes are too high.