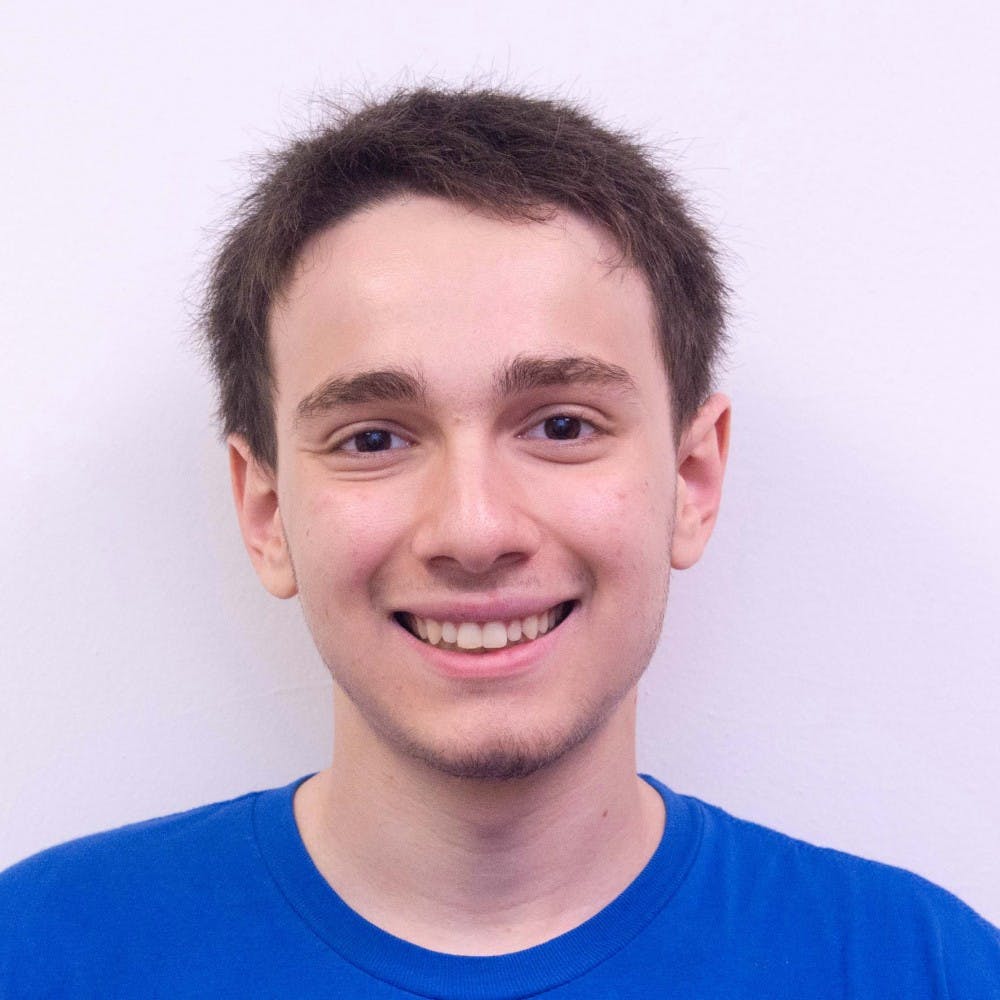 "No, Penn State is a much less prestigious school four hours away.”

I decided early on that it would be rude to say this, so by the time I got set to leave home for the University of Pennsylvania — where thousands of scholarly individuals, probably including you, are arriving this week for the first time as new students — I had taken to addressing the frequent mix-up with a friendly-but-often-awkward “No, Penn State is the one with, like, the sports.”

But that’s not entirely true. Here at the University of Pennsylvania, we have 31 varsity sports teams. And here at the Daily Pennsylvanian we, and hopefully some of you, will cover each and every one of them.

Why? Partially because the teams are better than most incoming freshmen tend to realize. Several of our squads, including Penn football, won Ivy League titles last year, and many of them made noise on the national level as well. The women’s basketball team put a serious March Madness scare into an opponent that would go on to reach the Final Four. The men’s team will look to get back on the big stage themselves, and they’ll do it behind a coach that brought another Ivy League team to the Sweet Sixteen a few years back. Our men’s fencing team was ranked No. 1 in the nation at times last season, and our women’s squash squad came within one set of a national championship. Our swimming team boasted a national champion in the mile, and our track & field team saw one student throw a disc farther than anybody — student or professional — on the planet had in 2016.

Heelys back in style for Penn women's basketball

Football Supplement | End of the waiting game for Ray Priore

But success is just a small part of why we cover Penn’s teams, as are the teams themselves. More importantly than the teams, we cover the athletes.

Why? Because those athletes are first and foremost students, just like you. When you move into your freshman hall, you’ll find at least one. In class, you’ll find several athletes, from different teams. And sure, they’ll probably all sit together; even the ones that aren’t teammates still find common ground because they appreciate the hard work, countless hours, competitive spirit, talent and pursuit of perfection that go into being an athlete at a Division I school, whether one rides the bench or starts every game.

Instead, we’ll focus on covering the stories created by the students and their coaches. On the field, how will a younger player approach the task of replacing the superstar who graduated the year before? Off the field, how — and why — are some of the athletes starting a unicycling club, or bringing back the sneakers-on-wheels that were all the rage during the “Heelys” craze of 2003? What is life like for the players on a “sprint” football team where the maximum permitted weight is 172 pounds? How can a player miss an entire season and still be one of the most important contributors on a championship-winning team? How can the football team help save hundreds, if not thousands of lives, all by using a cotton swab?

Hopefully, you will go to the games and let the athletes (some of whom may become your closest friends in the coming weeks, months and years) show you their abilities. But if you don’t care about that — especially, perhaps, if you don’t care about that — read our paper, and, as you spend the next four years on the same campus as these student-athletes, let us tell you their stories.