Senior column by Steven Tydings | The story of us 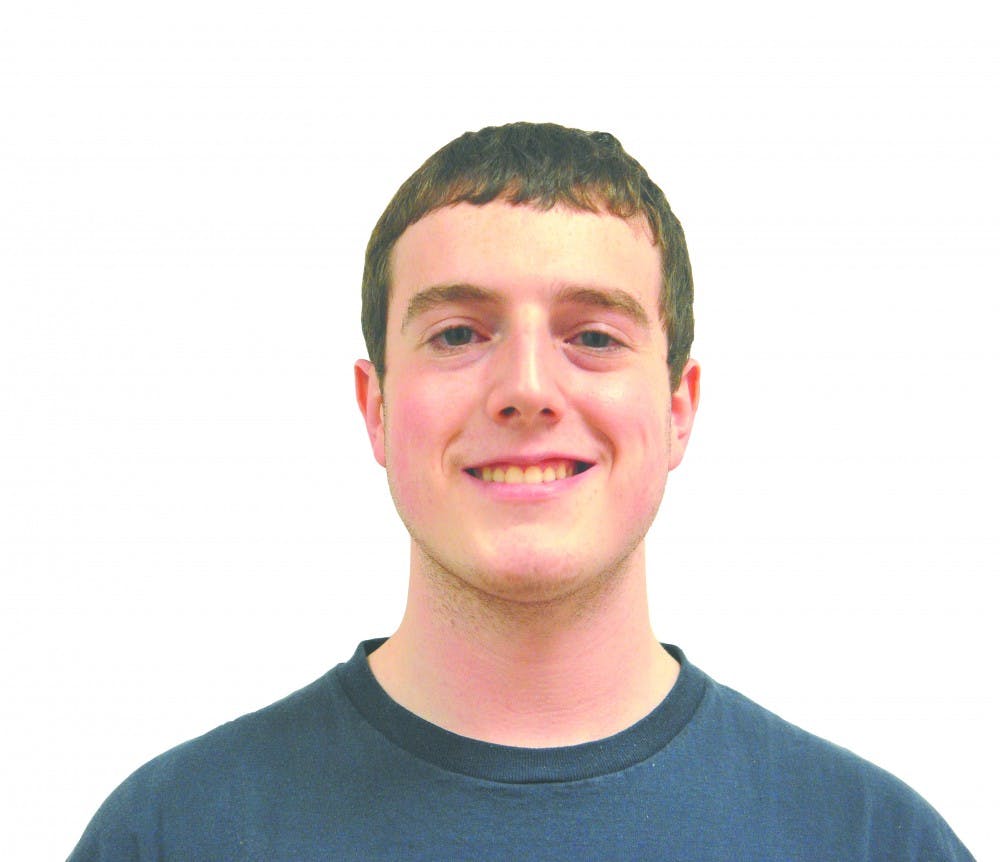 I've got approximately nothing for this senior column.

This is after, I don't know, 30 different ledes featuring jokes about Nick Buchta (email all complaints to buchta@thedp.com), my unrequited love for honeydew/pure hatred for pineapple or highlight videos of a young Nat Graham balling on the mean streets of Ontario (Seriously, check him going hard).

But nothing really worked. So here's some cool memories I've had while working for the DP followed by some thank yous. I don't really know why anyone who doesn’t know me personally is still reading now, but thanks anyway?

·      Stopping by the DP’s table at the activities fair my freshman year and having the great Mike Wisniewski tell me that yes, the DP did have a sports department, but that it did not include anyone wearing a Derek Jeter t-shirt. I proved him wrong by writing a column two years later that featured Jeter way too heavily.

·      Stopping on the way to Cornell at a part Long John Silvers, part A&Ws to watch highlights from the Ivy League Digital Network with Mike Tony, John Phillips and Riley Steele. This actually happened. We also had the radio provide a perfect soundtrack to John’s life story and were given the opportunity to take a photo of Riley with a slice of pizza as big as his head.

·      Driving all the way to Tennessee to cover women’s basketball against the No. 4 team in the country with Holden McGinnis and Riley. Of course, like any good college student, we decided not to stay over in Knoxville and instead drive straight back. We made it back to Philly on nothing but the power of Childish Gambino, red bulls, the music suggestions of Eric Dolan and a penguin shaped hat.

·      Having way too much fun doing absolutely nothing in the office with the aforementioned sports editors and plenty of others like Ian Wenik, Nick Buchta, Colin Henderson, Laine Higgins and Smarf. If every new freshman class in DPOSTM is not exposed to Too Many Cooks, 30+ repeated showings of Shake It Off, and assorted music videos in G-Major, then we have truly failed as caretakers of the sports department. For Ian’s sake, I’ll include the CIA scene in Dark Knight Rises.

·      Listening Mike Tony ask for pop and trying like crazy to get him to say Coke or soda or something that normal non-Midwesterners say.

·      Writing fake apologies and reading them in the John Phillips voice.

·      To Harry Cooperman, Jody Freinkel, Sarah Smith, Will Marble and the other chill people from News. DPOSTM stands for what it may, but y’all made being in other parts of the office fun anyway.

·      To the good sports photo editors. You know who you are. Also, all of the sports design editors, particularly Jenny Lu for having to deal with me for two semesters.

·      To all of the coaches and members of athletic communications who had the misfortune of interacting with me. I apologize (in the John Phillips voice).

·      To all the haters for fueling me like a young Kobe Bryant to become the grizzled veteran of the office I became. My equivalent to hoisting 50 shots to get 60 points is probably the plethora of columns I wrote my sophomore and junior year much to everyone’s chagrin.

·      To all the people who realize despite what some Starbucks baristas or Sweetgreen employees may believe, my name is not Stephen or Steph Curry and am in fact just an unathletic, sarcastic near adult from the state of New Jersey.

Plenty of people have asked me what my plan is for life after Penn and what I want to do moving forward. I don’t really have a good idea, so my response is simple, taking the words of a great former Penn player and coach.

If I had an answer for that, I’d put it in a bottle and sell it.

STEVEN TYDINGS is a Wharton senior from Hopewell, N.J., concentrating in management. He is a former staff reporter, senior sports editor and social media director at The Daily Pennsylvanian.