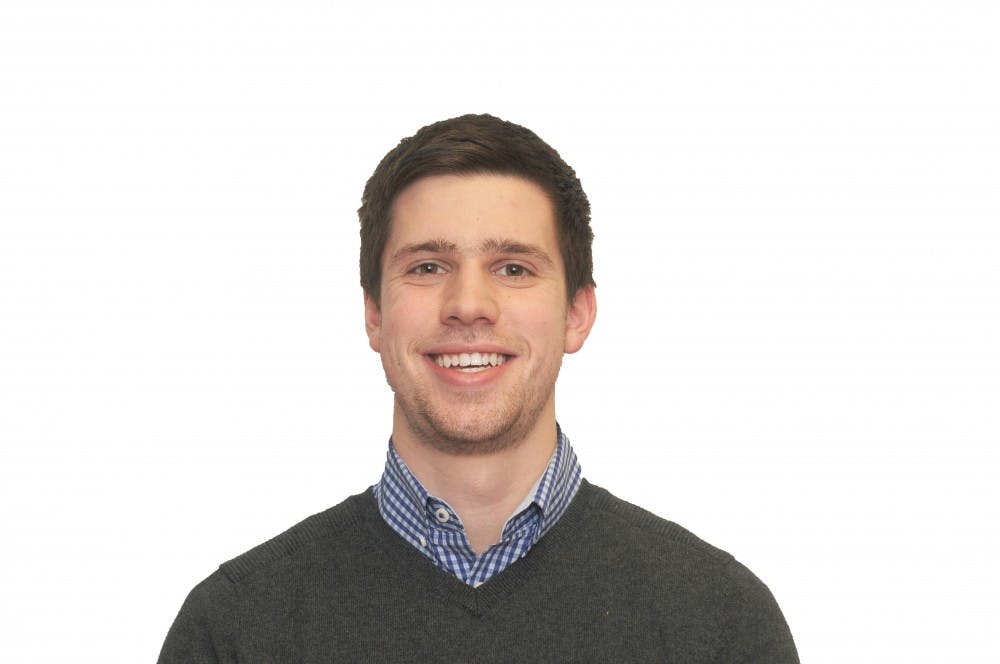 Not long ago, none of this would have seemed possible. But that was before.

Before all of those important factors in Penn women's basketball came to be, it all started with the hiring of Mike McLaughlin seven years ago. That is where the Quakers' road to greatness — the one on which the program currently finds itself with no end in sight — began.

To be clear, the Red and Blue did have some success in the days before McLaughlin's arrival. There are two banners hanging in the rafters at the Palestra from the days of Kelly Greenberg, who helped the Quakers bring home Ivy titles in 2001 and 2004.

Clutch shooting proves transfer Chambers was worth the wait

But flash forward five years and those days were long gone. Heading into 2009, change was not only a movement on its way to the White House.

Though I wasn't around in McLaughlin's first year at the helm, I cannot help but imagine that few around the team assumed improvement would come with any sort of ease. Given Penn's 2-26 record in 2009-10, it could not have seemed like the Palestra's female tenants would do anything resembling the championship-caliber efforts of their male counterparts in the near future.

All of this boils down to something pretty simple: What Mike McLaughlin and Penn women's basketball are doing is no fluke. The Quakers have been building towards Tuesday's Ancient Eight crown for some time now, and their latest run to the NCAA Tournament is several years in the making.

While the Red and Blue jumped around, danced, shouted and celebrated on the floor of Jadwin Gym before they accepted the championship trophy, McLaughlin stood a few feet away and watched with a smile. As his players hugged one another, so too did he share an embrace with men's basketball coach Steve Donahue. From afar, you could tell Donahue was saying something to McLaughlin, but couldn't quite make out what was being shared.

However, knowing how drastically and quickly the change came for Penn after McLaughlin took over, you can't help but wonder if Donahue was simply asking for tips.

"Just looking over there in the rafters and seeing all of those teams, especially being from Philadelphia and somebody who understands the history of the Palestra and Penn basketball, it's awesome," McLaughlin said after the game. "We talked about some space being up on the top of that Palestra for them, and to be in the company of all those other great Penn teams, it's pretty special."

Without a doubt, the Red and Blue will always be synonymous with the glory years of the men's program, highlighted by the Quakers' run to the Final Four in 1979 and the dazzling play of Jerome Allen and Matt Maloney 15 years later.

But, perhaps somewhat quietly, McLaughlin and his players have pieced together a three-season spurt unparalleled at any other time in program history. Prior to 2014, the women's squad had won two conference titles total. Now it has four. It had never been captured a Big 5 crown. Now it has one.

Yet as Princeton prepares to graduate five of its top six scorers from this season, it's not hard to prognosticate another Ivy championship in the Red and Blue's future. Heck, given how well Penn performs defensively, it may also have a legitimate shot at winning its opener in the NCAA Tournament next weekend.

But regardless of how the Quakers' next game and season play out, it's hard to deny that life is pretty good for the program right now.

When asked after the game when he first believed that this year's version of the Red and Blue had a real chance at an Ivy title, McLaughlin explained that it was a gradual process of realization. It started after Penn beat good teams like Colorado State. The experience of winning games in Hawaii certainly helped.

He also noted, "Then about a month and a half ago, I walked into practice and it became clear that they just have it."

They also have him. And with Mike McLaughlin in the fold, the end to this incredible three-year run does not seem to be coming anytime soon.