It was a pretty accurate summation of how the first half of Ivy play has gone for Penn women’s basketball. The Quakers (18-3, 7-0 Ivy) have sprinted to a perfect 7-0 start and a 15-point average margin of victory in that span. And they’re showing no signs of letting up.

Sophomore guard Lauren Whitlatch is playing the best basketball of her career. She set a career high in scoring with 19 points two weeks ago against Dartmouth before eclipsing that mark again last weekend with 20 against Columbia. And neither of those factor in the 11 rebounds she grabbed against Harvard.

“Nothing fazes her,” coach Mike McLaughlin said. “She can go 1-for-9 and know that she’ll stay on the court as long as she plays the game the right way. She defends, she gives great effort on both ends of the floor. She knows it doesn’t matter when she makes shots — it’s helpful when she does — but she knows she’s not going to come out from missing shots.

“The only way she doesn’t play as much is if she stops competing and that just doesn’t happen with her.”

Whitlatch’s success will be critical if the Quakers vie to stay atop the conference — and even look to make a tournament push in March. The team’s 20-point loss to Villanova showed what can happen when the post game is stifled and the guards aren’t able to hit shots.

But as Whitlatch continues to draw attention from defenders alongside fellow guards Anna Ross and Kasey Chambers, forwards Michelle Nwokedi and Sydney Stipanovich will be better able to operate inside — the way they have through seven Ivy games this year.

Now making the turn to the second half of Ancient Eight competition, the Red and Blue shift their attention back to Brown and Yale, who they’ll pay visits to on Friday and Saturday, respectively. Last time around, the matchups weren’t even close.

Hosting the Bulldogs (11-14, 2-6) in January, McLaughlin walked away with an easy win to mark the 100th of his tenure at the Palestra. Stipanovich and Ross each put up 16 points as the Quakers coasted to a 68-49 rout.

The next night, the Bears (13-9, 1-7) fared nearly as bad. Midway through the contest, Stipanovich’s 14 points matched Brown’s total as a team — and despite the Red and Blue pulling their starters, the 66-49 contest was never close.

This weekend marks the turn in the Ancient Eight season, with Penn having faced each of the other seven teams in the conference once. Although that offers a chance for reflection as the final stretch nears, McLaughlin’s squad has embraced his game-by-game mental approach.

“I don’t think it’s hit us yet, because we’re having so much fun playing with each other, we’re still in the midst of it all,” Nwokedi said. “We’re just taking each game at a time, and I think when it starts to get closer and closer, that’s when it’s going to hit.”

A date with Princeton awaits for Penn at Jadwin Gym on March 9. Whether the team is thinking about it yet or not, the Quakers may well need to run the table in order to come into that game in sole possession of first in the Ivy League and control of its postseason destiny.

And the next stops on that journey are in Providence and New Haven this weekend. The combined three conference wins between the two Ivy rivals don’t seem to matter much to the Quakers, currently ranked 36th in RPI.

Meanwhile, the Tigers have been rolling through conference play following their 50-48 loss at the Palestra in January. Princeton’s otherwise perfect Ancient Eight slate has even featured 30-point blowouts against Dartmouth and Columbia in the last two weeks.

As the Red and Blue look to stay ahead of their New Jersey rivals, they’ll need continued sharp play from their offensive weapons. That means playing through the post.

Inside, Nwokedi and Stipanovich play off one another, with one seeming to always pick up her game if the other isn’t scoring as much.

“We do feed off of each other,” Nwokedi said. “If one of us isn’t playing well, there’s always going to be another person playing well. It’s not even just me and Sydney. I think our guards have really been stepping up and contributing in big ways. I know if I’m not playing well, I can always rely on my teammates.”

Individual stats don’t matter much to the second-winningest coach in program history, however, who focuses on the numbers on the board when the final buzzer sounds.

“It doesn’t matter what their numbers are as long as we keep winning.” 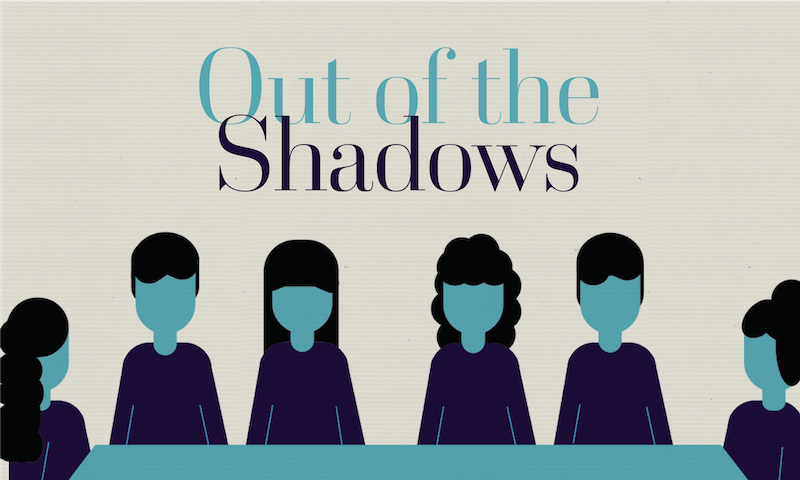