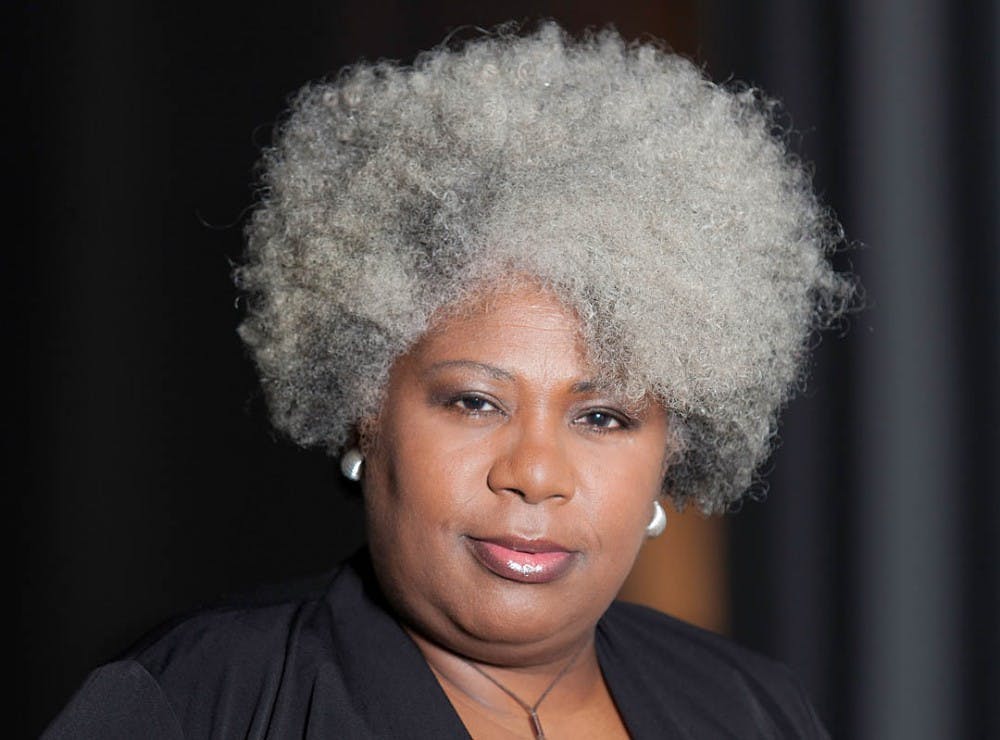 Professor Anthea Butler made headlines earlier this month by claiming that presidential candidate Ben Carson deserved a “Coon of the Year” award on Twitter.

Butler’s tweet, which was deleted after it began garnering media attention, came after Carson commented that he was fine with flying the Confederate flag at NASCAR races if enough fans were okay with its presence on private property.

Butler is an associate professor in Penn’s Department of Religious Studies whose work focuses on American and African-American religious culture. Her courses have covered topics such as women and religion, Pentecostalism and the influences of African-American religious leaders like Martin Luther King Jr. and Malcolm X, according to her Department of Religious Studies website biography. Butler is on sabbatical this semester and could not be reached for comment.

An active media contributor, Butler is no stranger to controversy in the national spotlight. In 2013, after George Zimmerman was acquitted of the murder of the black teenager Trayvon Martin, Butler published an article on Religious Dispatches, an online magazine maintained by the University of Southern California’s Annenberg School for Communication and Journalism, criticizing the court ruling from a vocally religious perspective.

“I know that this American god ain’t my god. As a matter of fact, I think he’s a white racist god with a problem. More importantly, he is carrying a gun and stalking young black men,” Butler wrote.

She added at the time that as a historian of religious and African-American history, she felt she had a duty to tell what she considered the “full story.” The same article claimed that Zimmerman’s acquittal was a sign that American religious right was not, in fact, pro-life.

A year later, after Michael Brown’s shooting in Ferguson, Mo., Butler wrote another article calling the United States a nation of white supremacists. Again citing her expertise in African-American religious history, she claimed that the American judicial system was, and always had been, an instrument through which white Americans pursued an agenda against nonwhites under the guise of Christianity.

“The god of white supremacy in America demands that anything that does not conform to a white body must be evil; it must be denigrated or destroyed. Only when white bodies perform “blackness” is blackness deemed to be safe. (See Iggy Azalea, Macklemore and Miley Cyrus for recent examples.),” Butler wrote, also in Religious Dispatches.

Despite her controversial statements, Butler has never been publicly reproached by the Penn administration. During a televised panel at the 2013 Harlem Book Festival, Butler stated, on national television, that Penn would protect her against media backlash. In doing so, she called out her critics, including Fox News and talk show host Rush Limbaugh, and dared them to take her down.

“Thank God I got a great institution that takes care of me. I have tenure. I can’t get fired,” she said.

Philadelphia radio talk show host Dom Giordano has criticized Penn’s silence regarding Butler’s remarks. In a column published on Philly.com, he asked why administrators would not clarify Penn’s policies on protecting what he considers to be hate speech.

Butler will return from her sabbatical in the spring to teach a seminar called “Readings in American Evangelicalism.”