Guest column by Halie Craig | Rape is more than a statistic 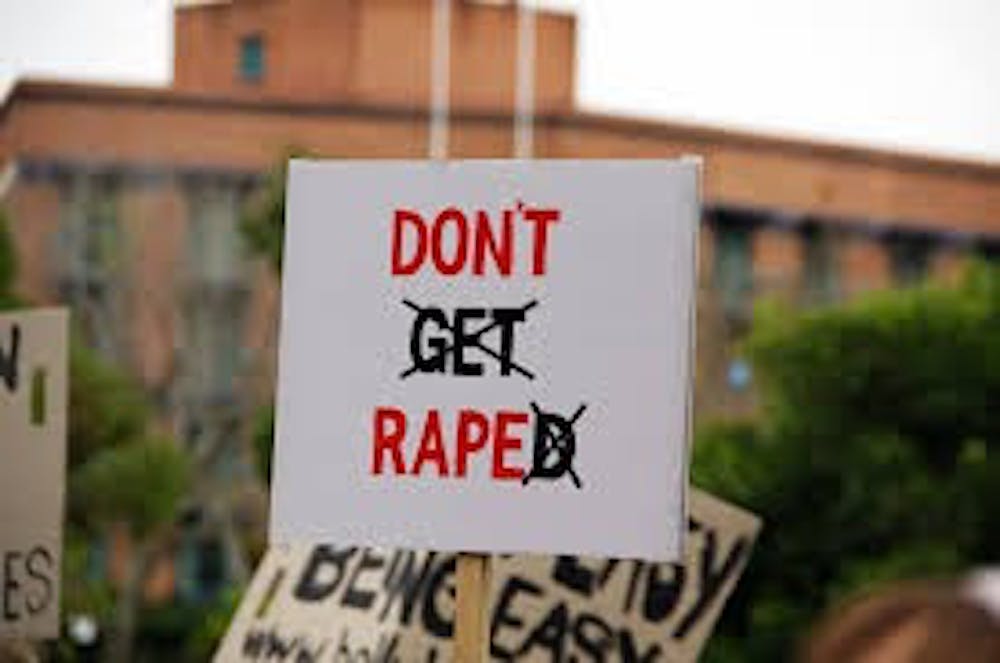 How do you tell someone that you are a rape survivor? Why is the burden of telling placed on the victim of the crime? And how do you acknowledge a now-inseparable piece of your history, one that society has tried to silence through shame?

For some reason, the majority of judgment is placed on the victims of sexual assault — not the perpetrators. We need to work harder to reject this norm that discredits and minimizes the experiences of survivors.

In March, I became a statistic. One of those rape statistics that people are so quick to question, as if disputing it makes the immensity of the problem evaporate. One in four, one in six — whichever statistic you have arbitrarily decided seems correct, I am a part of it.

I was a victim of aggravated sexual assault while on a Penn Abroad program in a conservative Middle Eastern country. For weeks, I refused to acknowledge my assault as rape; rather, I wanted to forget that it had happened. This proved to be impossible, particularly because I was living in a country where my gender and nationality defined my daily experiences — which, without exception, included sexual harassment.

I reported my assault to my program only after learning that a fellow student had been raped in the same week as me in a completely unrelated incident. That’s how common and casual rape is: At least two females, in a program with less than 20, were raped within days of one another, in a country without a significant drinking or dating culture.

Clearly, sexual assault is a problem that has exceeded epidemic proportions. And yet, I still find myself reading commentary attacking the statistics, instead of addressing how to combat the violence. This response is exhausted, childish and offensive. To me, the Association of American Universities’ estimate that “30.7 percent of female undergraduates [at Penn] reported experiencing nonconsensual penetration or sexual touching” is believable. And if it takes the names of survivors to make this number seem more real, then I will be the first one to put my name out there.

Even from the conversations I have with friends, it is evident that there still lurks a belief that the reported numbers are too high to be accurate. To an extent, I get it: It is hard to believe that rape is so prevalent when it doesn’t appear to affect anyone you know. But for many victims of sexual assault, the pain that would result from not being believed — by administrators, the police or friends — is so great that they choose silence instead.

Until recently, I was also one of those people.

Survivors rarely fit the stereotype of a “victim.” Whether you are aware or not, you have a friend that has survived rape. You probably have a conversation with a rape survivor every day. Rape survivors are normal, functional people that have gone through a bad experience — we may be invisible, but we are here. We hear you when you make date rape jokes, and we may not even flinch.

It seems that our culture is so desensitized to sexual assault that we often don’t notice how pervasive it is, or how complicit we are in accepting it as fact. We are so desensitized that rape victims often feel that their assault is not important enough to report, and even their friends may not grasp the amount of support they need. This is especially true at Penn, where the fast-paced culture does not lend itself to a healing process that can take years.

Rape victims are trauma victims. What happens to sexual assault victims isn’t normal, but our culture normalizes — and thereby trivializes — their experiences. For all of those who will be raped at Penn, I am willing to guess that not all of them will call it “rape.”

I don’t care how you feel about the statistics. Here is what you should care about instead: building a campus environment where sexual assault is no longer normalized. We must refuse to give up on our friends who have been victimized by sexual violence. We need to be better supporters and better interveners. But above all, we need to be better believers.

HALIE CRAIG is a College senior from Pipersville, Pa., studying political science. Her email is hcraig@sas.upenn.edu.