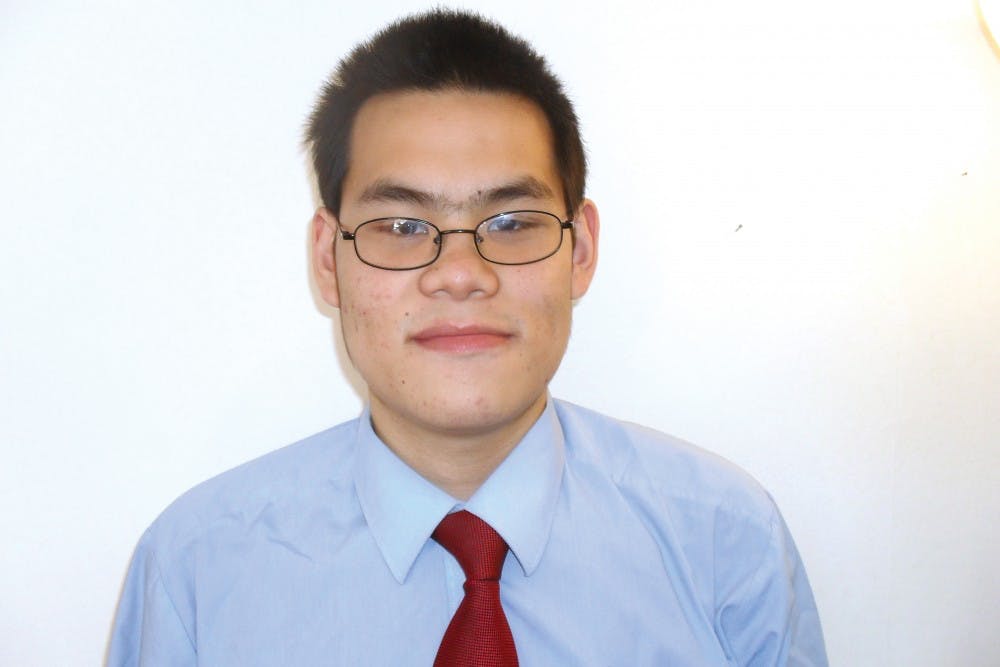 2015 College graduate Liu received the scholarship, which provides up to $85,000 to work towards a master’s degree in comparative social policy at Oxford University’s Lincoln College, after graduating with a degree in sociology in May.

After a recent partnership between Lincoln College and the Jack Kent Cooke Foundation, a Virginia-based organization that provides scholarships to students with financial need, the two introduced the Oxford Scholarship. The scholarship is the only one currently offered by the Cooke Foundation that allows students to pursue a master’s degree at Lincoln College at Oxford University.

Liu is also a recipient of the Cooke Foundation’s Graduate Scholarship, an award for graduate students that gives annual scholarships of up to $50,000 for four years. Liu will use it to pursue a doctorate in sociology at Princeton University after he finishes his studies at Oxford.

Liu first encountered the Cooke Foundation when transferring out of CCP. While applying as a transfer student to several universities in Philadelphia, Liu discovered another Cooke Foundation scholarship, the Undergraduate Transfer Scholarship. His academic advisor, Ralph M. Faris, who is a sociology professor at CCP and a co-coordinator of the college’s honors program, urged him to apply.

Liu added that he got a “tremendous amount of help from Faris” when describing the application process of the Undergraduate Transfer Scholarship.

Ultimately, Liu secured both a transfer to Penn and the transfer scholarship to support his education.

“Back in January of this year, it was my senior year at Penn and, of course, like thousands of other seniors, I was asking myself ‘what can I do for a living?’, ‘what am I going to do after I graduate?’” Liu said.

“I didn’t have much work experience plus the number one and two destinations for Penn graduates, as you might know, are consulting and finance,” he said. “And I wasn’t particularly attracted to go that route,” he added.

It was then that Liu got an email from the Cooke Foundation about their partnership with Lincoln College and the resulting inaugural Oxford scholarship.

Finding it an interesting opportunity, Liu decided to apply to Oxford and send an application to the Cooke Foundation for the scholarship. At the same time, he also sent out applications for various jobs and Ph.D. programs.

“I got a few Ph.D. offers eventually and visited many colleges here in the U.S,” he said.

In March, Liu was accepted to Oxford’s one-year Master’s program in comparative sociology, but was still unsure about his future as he had not heard back from the Cooke Foundation. Once Liu received the scholarship in May, he did not hesitate to accept Oxford’s offer of admission.

Studying in Oxford for a year meant that Liu had to request Princeton University to defer his acceptance into their doctoral program in sociology. In response, Princeton asked him to justify his deferment.

After completing his Ph.D., Liu plans to enter the field of academics, but he is also interested in doing consulting work for at least some part of his career.

“My opinion also is that [as] social scientists, our primary goal is to do research, to ask questions, [and] to find out unsolved puzzles about society,” Liu said.

“But on top of that I think social scientists should be able to use their knowledge about society to engage in public debate,” he added.