David Marchino | An admission of guilt

Testing: One, Two | Observations from the psych ward 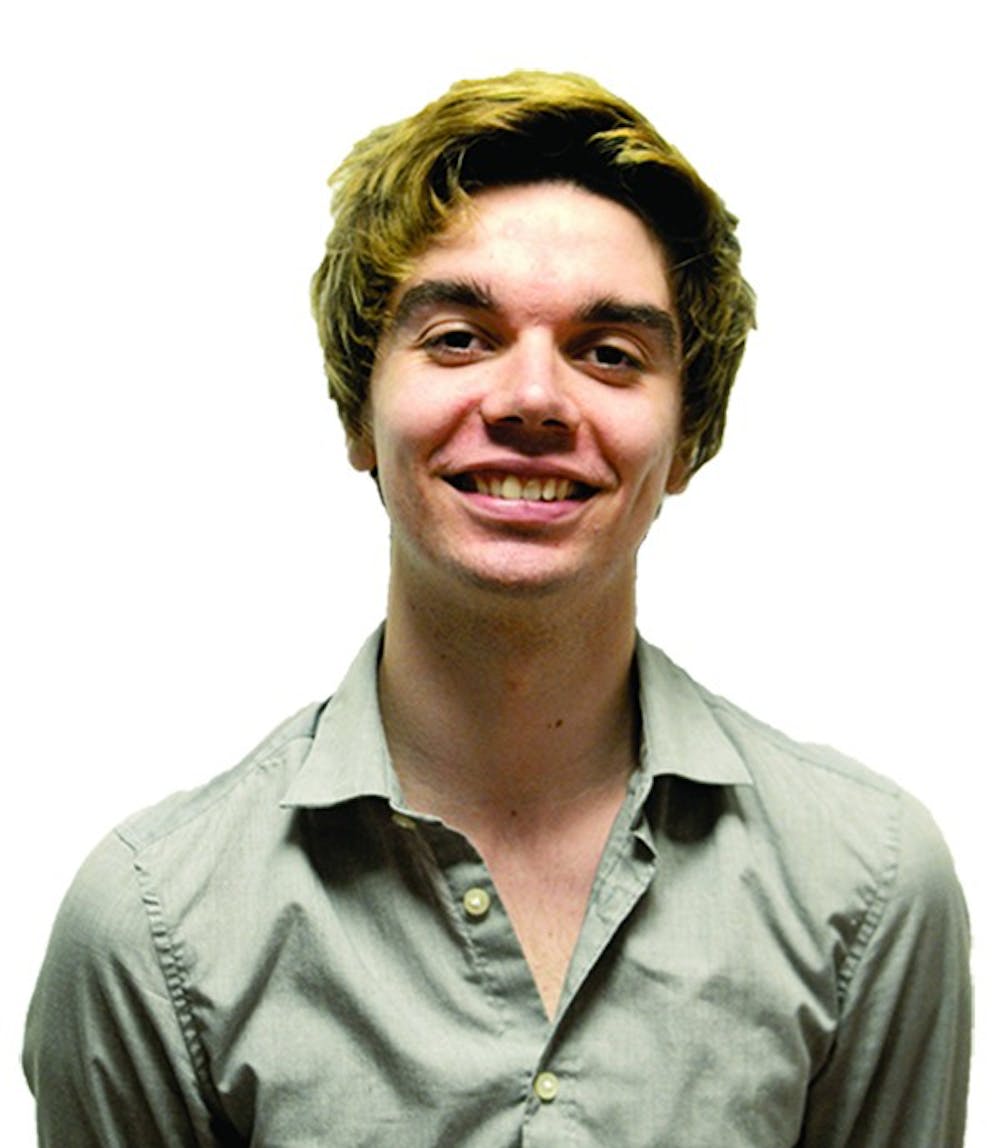 It had been four days since my mental breakdown — the last three spent in the psychiatric ward of Pennsylvania Hospital — and I’d since begun to grow restless. I had come into the hospital in a state familiar to most Penn students, overwhelmed and overrun. I checked myself into the hospital on April 1, desperate. But, over the next few days, I became lucid enough to remember the growing mountain of intricacies and realities of my life that waited for me on the outside.

We were out on the last smoke break of the day. Ratko*, a young Bulgarian man, turned to Connor*, the youngest patient and by far the most heavily medicated. “Connor, you want to try your first cigarette?”

Connor raised his eyes out of his usual haze and smiled sleepily. “No, thank you. I beat cancer once already. No reason to go through that again.”

Of our particular ward, one-third of the patients, including me, were Penn students. In recent years, the Penn community has been pushing toward reform regarding the treatment of mental illness, both bureaucratically within Counseling and Psychological Services and socially among students. We have seen agendas written up, sensitivity training initiated and we’ve been urged to learn and relearn that it is okay to not be okay. But even so, at Pennsylvania Hospital, I found it difficult to reach out to my peers. It was us Ivy-Leaguers that pushed most for the return of our smartphones, complained most frequently about the work we were missing, and often, were the most evasive when it came to our mental state. One young woman rarely left her room to participate in the scheduled group environments while one young man convinced his parents that his institutionalization had been a misunderstanding, leading to his premature release after just two days. But, most of all, no one excluding Connor ever asked what it was that brought me to the hospital. I do not believe this to be a coincidence. The culture at Penn as I understand it — despite making great progress regarding mental health — lends itself to an understanding of recovery that may prioritize keeping up in class over stability in health.

Connor approached his recovery differently. He knew what it meant to heal, the patience it required. Connor had spent the last few years valiantly battling and defeating leukemia. The cocktail of chemotherapy, steroids and various others drugs had aged him. Though only 16 years old, he towered over all of us. His gait, however, was timid. His legs quaked under the new muscles granted by the growth spurts and the steroids. And his hair grew only in thin patches of brown and ghostly white as if scarred from where the specter of death had leaned on him. He came to the psychiatric ward after a bad combination of drugs that resulted in a severe psychotic episode. But he reflected upon it all with grace. For Connor, talking about mental illness was neither an admission of guilt nor an expression of taboo. His laxness and his ingenuousness in discussion emanated from a natural place, the details of his illness slipping out of his mouth alongside anecdotes describing his first time reaching second base and over simplified, kiddish rants about why it was of the utmost importance that, finally, we just legalize “smoking the herb.” But, all the same, mental illness was normalized in his vernacular, his time in the hospital a necessary step to recovery. Work and life would have to wait for him.

I do not wish to condemn my collegiate peers, nor do I wish to attempt to surmise any motive behind their characters — whether their disposition came of crossed wires, medically-unblocked channels or simple upbringing. Nevertheless, I cannot deny that it was among those with whom I shared an alma mater that I felt most severely a sense of alienation and an anxious need to understate the severity of my mental illness in an effort to return to work. Regarding the culture change at Penn, progress is being made. However, we must strive — idyllic as it is — to not simply recognize or admit mental illness, but accept it as part of us.

*Names have been changed to protect patients’ identities.

DAVID MARCHINO is a rising College senior from Philadelphia studying English. His email address is dmarchi@sas.upenn.edu.