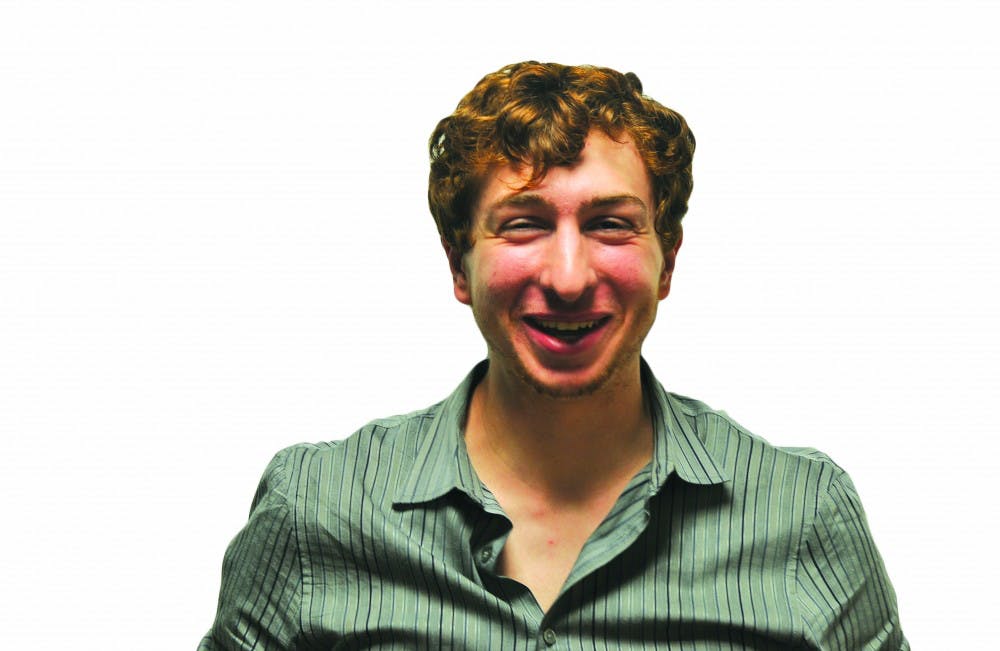 In coming up with a concept for this column, I can easily say I rediscovered my deep admiration for the ability of every columnist I ever edited to come up with compelling topics on a regular basis.

It did, in fact, take me quite a while to figure out what senior advice I wanted to impart — or even what advice I had — knowing quite well that penning farewell advice to thousands of people about my age is, more or less, an exercise in indulgence and nostalgia. So it seems fitting for the spirit of graduation, in any case.

When I first came to Penn, I had a lot of plans. I would play tennis regularly at Penn’s new facilities along the Schuylkill and devote much of my time to a political group on campus. I would definitely be a political science major. Or economics. Or physics. Or some combination. I wouldn’t take any engineering classes, though I expected I would try out a few Wharton courses. And while it really made no sense to figure out what I wouldn’t likely do before arriving on campus, I doubted I would join a fraternity or go abroad. After college, I would head to law school, probably in New York, where I certainly would end up after four years either way.

Flash forward to now, and I’d say I couldn’t have been less accurate, but I did end up majoring in economics. So there’s that.

Yes, only a pre-frosh would lay out in such detail that much of a college plan. But while it shouldn’t come as much of a surprise that trying to plan both large life plans and minutiae of college life is ill-advised at best, looking back, I am surprised at how serendipitous many of the major events during my college career seem to have been.

I was convinced I wouldn’t travel abroad, until, a month before my last opportunity dawned and I decided that a semester in London wasn’t worth passing up. I didn’t think I would join a fraternity, until I stumbled into one I hadn’t even known existed when I, quite by happenstance, passed by and was lured in with free food. I didn’t even have a notion that economic consulting was an industry until a bit before I applied to work at the firm I’ll be returning to in August (in D.C., not New York, for the record). Taking computer science classes — much less a minor — didn’t cross my mind until a high school friend convinced me to sign up for an intro class during fall registration of my sophomore year. And I certainly had no preconceived notions that I would have been an opinion editor at The Daily Pennsylvanian until shortly before elections rolled around. Nor would I, in retrospect, give up any of those experiences for the world.

In fact, a majority of major experiences that defined my last four years were not only unplanned, but almost impulsive.

That’s probably not so sustainable, come to think of it.

We often try to think of life as a path which we more or less try to follow and which we can predict. That model is valid at some stages in life. But I think right now, life can often be more like weaving through a forest: You have a faint concept of where you want to go, though perhaps no concrete sense of how to get there. So you twist and turn, often going in whatever direction seems most compelling at the time. As it turns out, that’s quite alright.

There is more out there than we know — definitely more than the set of experiences we often limit ourselves to in pursuit of staying “on track.” I wouldn’t encourage abandoning all planning as a quixotic task — focusing on some outline to keep you motivated can take you far. But mixing in a degree of spontaneity can take you a lot further. At least, when an opportunity presents itself, force yourself not to ask “Why?” but “Why not?”

STEVEN JAFFE is a College senior from McLean, Va. He is a former opinion editor and sports writer for The Daily Pennsylvanian. His email address is jaffes@sas.upenn.edu.