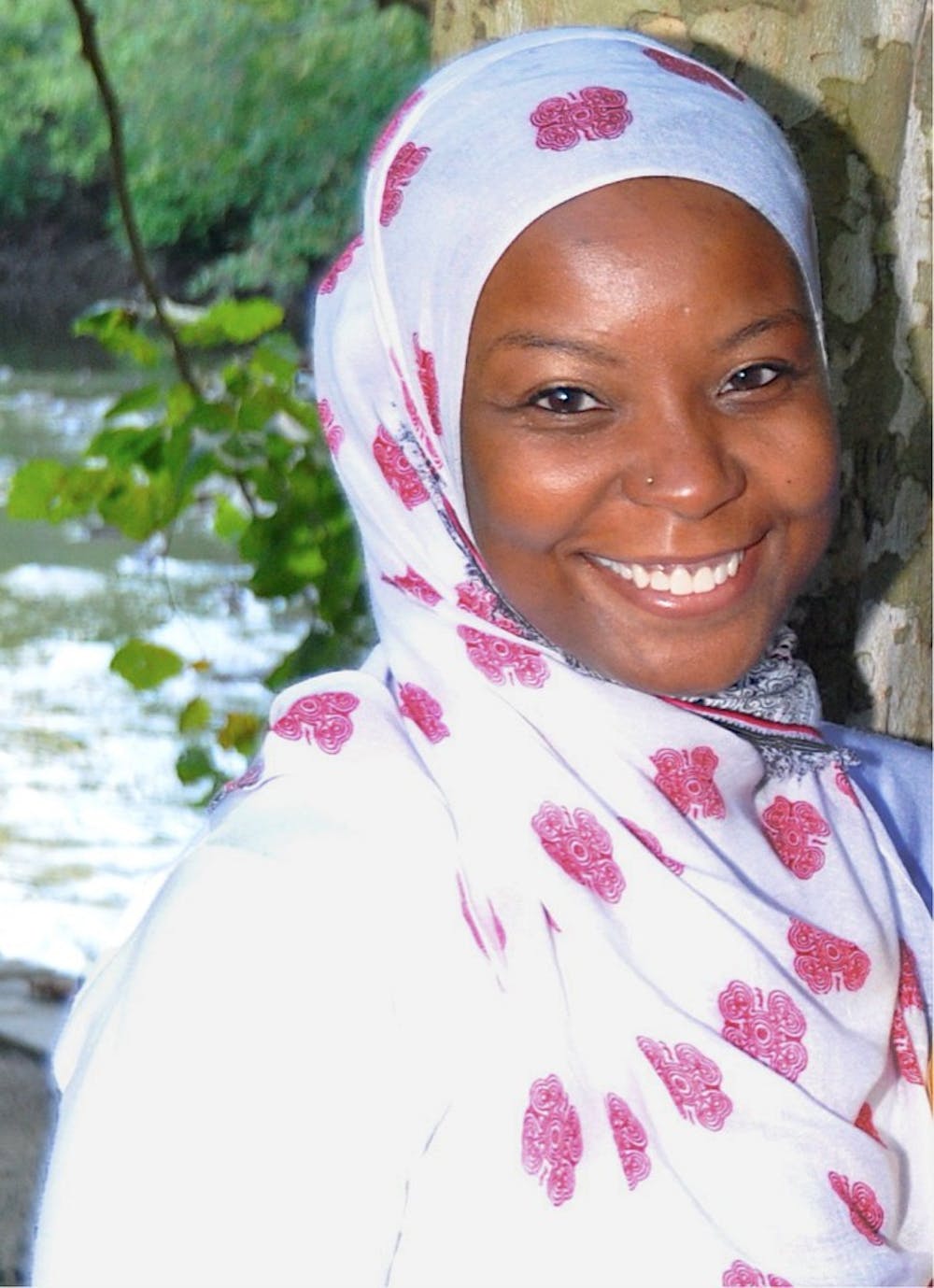 Penn’s Muslim Chaplain Kameelah Rashad balances her religious work along along with her community activism, doctoral studies and life as a mother.

In the Muslim community, it is very rare to come across as an influential female leader. In Islam, women cannot be ordained as imams, the equivalent of priests in Christianity. Rashad has gone against the odds, exemplifying leadership within her religion and community, University Chaplain Rev. Charles Howard said.

Rashad’s primary role at Penn is to offer support and guidance for the Islamic students. Living in a society that is insensitive to Muslims can be straining on a student who also has to focus on school work and extracurriculars, Rashad said.

Rashad has received recognition for her work in the community and was even invited to the White House for her input on issues pertinent to the Muslim community. In her meeting with President Obama and other Islamic leaders from various sects of Islam and regions of the country, she was able to share her concern about the fear that Americans have of Muslims. Rashad cannot reveal much about the meeting, but she affirmed that Obama was receptive to her ideas and wasn’t just pushing an agenda.

After the murder of three Muslim students in Chapel Hill, N.C., in early February, many Muslim students feared for their safety, having seen their peers fall victim to a hate crime. This is not the only current event demonstrating prejudice against Muslims. In 2012, the New York Police Department was caught closely watching Muslim communities — including the one at Penn — without a warrant.

After incidents of violence by Muslim extremists, some have made generalizations about the entire religion and have begun to blame individual Muslims for global problems. Rashad explained that the interpretation of Islam practiced by extremists is very different from that practiced by most Muslims. “What I have been focused on is for people to understand the human element of living in a climate that is hostile towards Muslims,” Rashad said. “We’ve seen an increase in bigotry towards Muslims.”

And the bigotry has increased the level of stress and anxiety in the community, she said. "I attribute it to a feeling of being marginalized, and raised the question, ‘How do we as students get the protection that other students on campus might get?’” Rashad said. “A student once came to me and said that she had heard a classmate say, ‘We should just kill all Muslims as a solution to the global problems.’’’

Rashad said that an instance like this one — along with other micro-aggressive behaviors — can take a toll on a student’s mental health. “The impact is not just the legal and political ramifications, but also the emotional impact on the community,” Rashad said in regards to the 2012 NYPD investigation.

Rashad is a current doctorate student studying clinical psychology. Her colleagues say that this makes her perfect for the position of chaplain. Rashad graduated from the College in 2000 and has a clear understanding of how rigorous and demanding the coursework can be. “It is really helpful to have someone who understands spiritual work and is trained in mental health,” Associate Chaplain Steve Kocher said.

During her time at Penn so far, Rashad has been instrumental in improving the Muslim Students Association. She has worked diligently to keep alumni involved and helped fund the club. She also helps student leaders make club decisions and organize events.

Rashad has not limited herself to focusing only on Muslim-related issues. She has also played a role in supporting the #BlackLivesMatter movement by organizing events and showing her support at die-ins. She feels that many people fail to recognize black Muslims as legitimate.

“People think that we are some milder form of Islam and that is not true," Rashad said. She pointed out the large black Muslim community outside of Philadelphia.

“She has pushed her colleagues to care a little more about issues that may not be directly involved in,” Howard said.