Be the change you want to see in the University 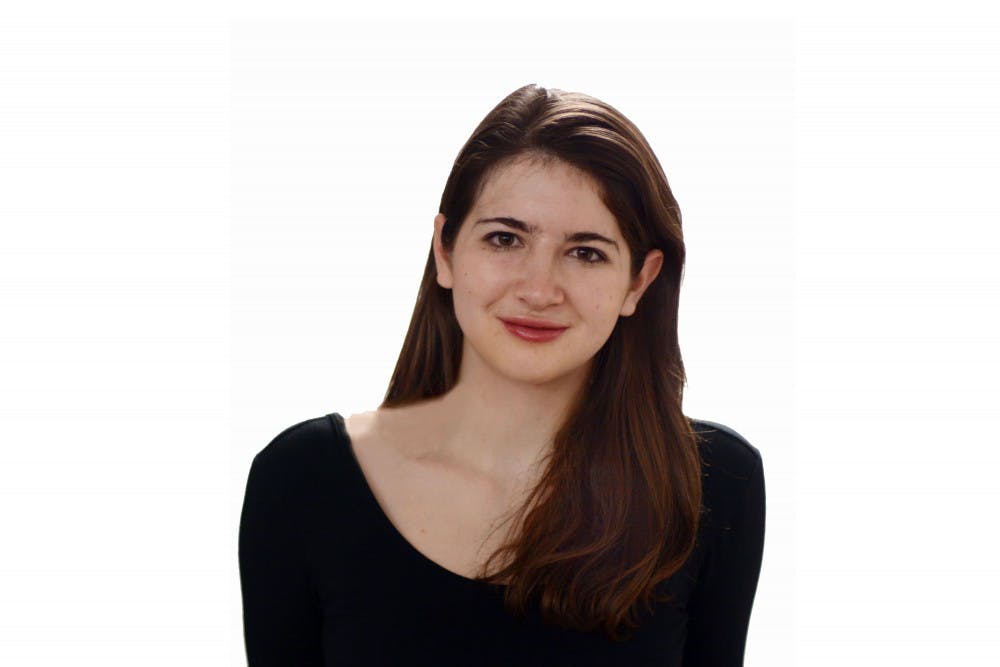 Leaning in the doorway of my friend’s dorm, a freshman girl from down the hall explained why she wasn’t enjoying Penn. “I hate college. It’s too stressful,” she said. The University doesn’t guide us enough. People are ashamed to talk about CAPS. There’s the constant guilt, the opportunity-cost calculation — if you sleep an extra hour, you fall behind; if you have lunch with a friend, you’ve lost time to study or join a club or add to your resume. “Penn is bad for me,” she concluded. “I’m just not happy here.”

Even for someone almost ridiculously enthusiastic about our University — Pennthusiastic? — that statement cut through the rose-colored glass I tend to cast around Penn. I’ve written before about how Penn’s made me the happiest I’ve ever been; I can prattle for hours about the incredible people here and our unparalleled academic opportunities. But there are pieces of Penn that slash through the freshman high, ones the majority of us lament. The Daily Pennsylvanian opinion page, the dining hall chatter and passing time down Locust burst with many of the same complaints. It’s become cliche to gripe about our pre-professionalism, or to suggest that we all slow down instead of plunging into on-campus recruiting/grad school/whatever the accepted path is. We speak in large, sweeping terms to describe the issues we consider out of our control — when was the last time you didn’t hear somebody talk about “Penn culture” or “the Penn bubble?”

The nice thing about having a weekly soapbox is that I can attempt to explore these problems. But I’ve never really felt like I could change them.

Penn students have proven their great capacity to spark change. I’m proud to attend a school where students can combat environmental catastrophes by initiating their own referendum, form their own PAC or create their own organizations and clubs to address everything from gender inequality to nonprofit consulting. Penn kids don’t seem to see limits to the problems they can address; we rush quickly to tackle the next international crisis, or to join protests of issues closer to home. We’re very good as a student body at understanding the change we can create when it comes to politics or University policy, but we get lost in the overwhelming culture of Penn.

We’re not stuck, though. Contributing to the negative aspects of Penn’s culture — for my part, I’ve never heard the phrase “Penn culture” used positively — is a choice, and it’s one we make almost unconsciously in our everyday lives. I’m guilty of whining about our overly competitive student body and then asking my friends what they got on their last paper. I talk about our unhealthy environment, then wear my lack of sleep and constant state of running to a GBM like badges of honor. I’m part of the problem.

Change doesn’t have to come with an official label. It doesn’t need University funding or a DP article to appear valid. Efforts we make on a small scale are just as legitimate. If we want to change Penn — to really alter the things we all dislike about the University — then we need to start at the individual level. While the University can make structural changes to dismantle our “pressure cooker environment,” we too have the power to better Penn. We control whether or not we contribute to pre-professionalism, or whether we actually discuss mental health and remove part of the stigma surrounding CAPS. We can embody the change so many of us crave.

Going home for spring break makes me realize how unrealistic our life at Penn is. We run around from meeting to meeting, barely taking time to breathe; when trying to schedule lunch with a friend, she told me she was “booked” for the next two weeks. And I’m always jealous of someone else’s club, someone else’s class, someone’s project — as much as I love everything I do at Penn, I feel like it will never be good enough. I don’t think this sentiment is a Penn-specific problem, necessarily, but it’s one we have the power to address. As a student body, we have the power to redefine Penn culture.