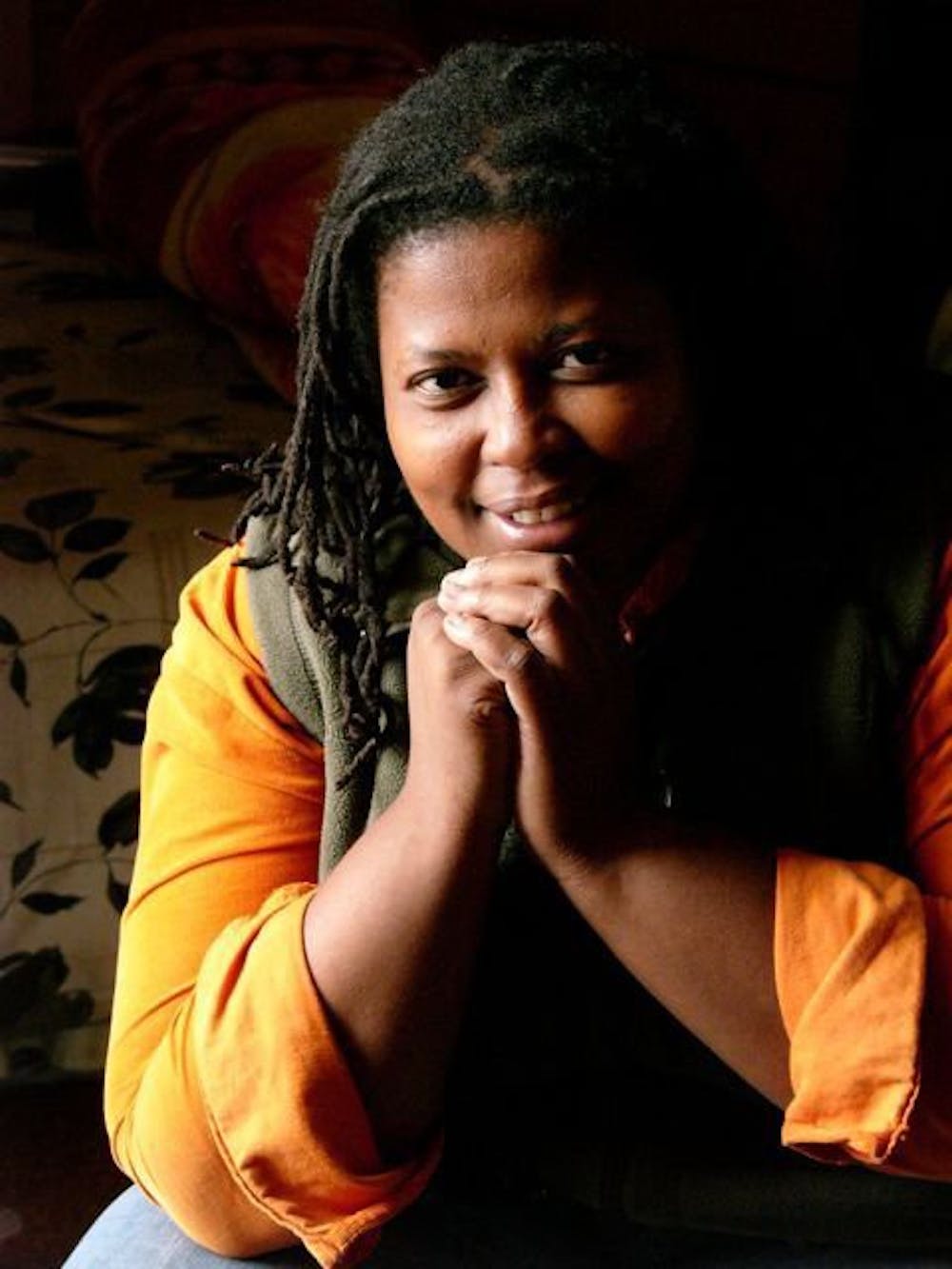 After losing her friend and fiancee to “corrective” rape, one woman set out on a mission to change the standard for women’s rights in South Africa.

Last Thursday, a crowd of over 50 gathered in Cohen Hall to hear South African social justice activist Ndumie Funda talk about corrective rape — an act of violence against homosexual victims, whose perpetrators believe that rape will “cure” the victim of their nonconforming sexual orientation. In a conversation with Salamishah Tillet, professor of English at Penn, Funda narrated a personal history of grief, hatred, love and activism.

Despite its liberal constitution, which protects the rights of minority groups and prohibits discrimination based on sexual orientation, South Africa leads the world in violence, particularly violence against women. In recent years, the country has seen a sharp increase in brutality against lesbians.

Throughout the night, Funda described the path that led her to become a prominent LGBTQ activist. Following the loss of her friend and fiancee in 2008 as a direct result of “corrective” rape, Funda launched a social campaign on Change.org with the goal of getting the South African government to recognize hate crimes on the basis of sexual orientation and to protect victims. The petition gathered over 171,000 signatures from 175 different countries, becoming the site’s largest petition to that date. The attention forced government officials to meet with Funda, and in 2014 South Africa’s first law against hate crime was passed.

“Corrective rape is a confluence of sexism, homophobia, and violence,” event organizer Susan B. Sorenson said, who directs the Evelyn Jacobs Ortner Center of Family Violence and teaches social policy at Penn. “Those issues are important globally, and students here at Penn seem to think so. About 10 student organizations signed on as sponsors to the event.”

Though College senior Lyles Swift lived in Cape Town this past summer and was aware of the sexual violence in South Africa, he was still shocked by Funda’s story.

“This talk today really put into perspective the intensity of the issue and how pervasive it is in society,” Swift said. “What shocked me is that there’s no safe space for these women.”

Before hearing Funda’s talk, College senior Alexandra Roman had never heard of corrective rape. Afterwards, she she she was disturbed by the violence occurring in South Africa. Roman echoed a point Funda made about the difficulty of establishing solidarity and understanding with a victim when you have not experienced her pain.

“Can you have activism and action without complete and total understanding? Or is it just about building awareness?” Roman said. “This is happening; it’s awful. What can I as an individual do? If we really care about this issue as individuals, what’s the next step?”

Funda encouraged Penn students to be activists. Reading and talking about social injustice in the classroom is not enough.

“Go out and make a change,” Funda said. She urges students to get involved via email, phone and social media. She believes the online community must speak positively about victims of sexual assault on social media and create a platform upon which victims can express themselves safely.

Students do not have to look far for opportunities to make social change, according to Tillet. Tillet, who is a victim of sexual assault herself, believes the tragedy of corrective rape brings to light issues of violence against women present on Penn’s campus.

“It may not be corrective rape, but we have our own crisis and epidemics that actually have similar causes and similar methods of institutional and social cover-up,” she said. “Despite the political systems of a country, despite the racial demographics of a country, violence against women is the common denominator.”

Tillet encourages Penn students to join the fight against women’s violence not only by supporting its victims, but also by hosting events with their student organizations, such as fraternities or college houses. Inviting speakers and experts to share in conversation on these issues is a good place to start, she added.

“Make it a priority on some level. You start where you’re at, but start,” Tillet said. “This is the number one violent crime on college campuses across the country, and it essentially means that your fellow students are disproportionally going to experience it. It’s not a foreign problem, it’s a Penn problem.”