Ravi Jain | The apocalypse of technology

Tall, Skinny, Mocha | When our creations spiral out of control 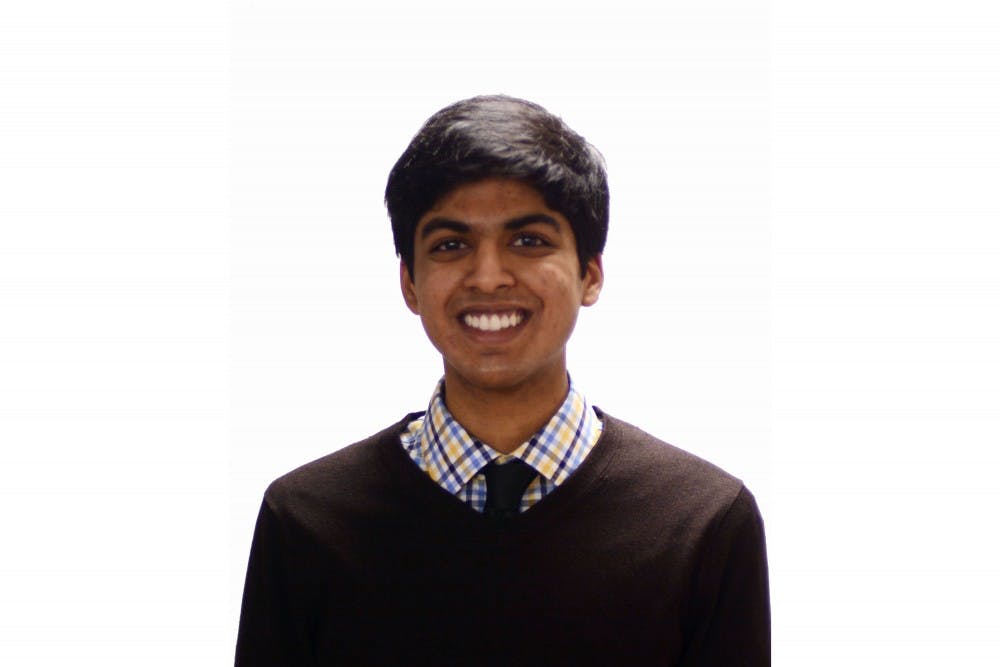 I will be among the first to admit that my relationship with my smartphone is unhealthy. It’s an iPhone 4, which makes it a dinosaur given the speed at which technology develops and it is now very slow — almost unusable. Despite it frequently irritating me, I am constantly using it even when I shouldn’t be and scramble to charge it the second the low-battery alert pops up. I hate it, but I can’t live without it.

Many people don’t hate their phones but are still addicted to them. Smartphones have become such an integral part of our lives that it is no wonder there are so many examples in film, literature and television of humanity’s demise at the hands of our own creations. Often times, these media will predict a dystopian future for mankind, possibly in the form of the police state in George Orwell’s “1984,” or the colorless society envisioned in Lois Lowry’s “The Giver.” In “1984,” Big Brother uses technology to monitor the thoughts and communications of the proletariat, while in “The Giver” the “Elders” attempt to maintain their idea of utopia by prescribing pills that eliminate any emotion.

Examples in film include “Wall-E,” an animated feature set 700 years in the future where Earth is a wasteland, and “Interstellar,” which is close enough to the present to resemble the effects of overpopulation and unsustainability. While they both might serve as cautionary tales for humanity’s interaction with the environment, perhaps one of the most haunting examples of technology’s dangerous potential is “Black Mirror,” an anthology TV series that describes small innovations with devastating effects.

“Black Mirror” satirizes our desire for connectedness, our worshipping of celebrities and our ability to be manipulated by groupthink, among other themes. Unlike the aforementioned works that predict doom and gloom, however, its main message is to highlight the many problems with contemporary society in the context of new technology. Turn a page in any newspaper and there will surely be studies showing that social media makes us feel lonely and isolated, or that tablet computers should be banned in elementary schools so that children can continue learning to write by hand.

Rather than attempt to forecast impending disaster, writers should think about adopting “Black Mirror’s” approach and address societal problems creatively. The movie “Her,” directed by Spike Jonze, does exactly that. It exemplifies a man’s inability to sustain relationships with others through his romance with an advanced computer operating system named “Samantha.” Samantha could easily have been the soulless antagonist of “I, Robot,” a film based on the book of the same name by Isaac Asimov, in which humanoid robots that were developed to help us turn against us for our own safety.

For every innovation in technology, there has been a corresponding backlash from the privacy advocates. When the telephone was introduced into American homes at beginning of the twentieth century, a large subset of the population claimed their rights were being violated. The same occurred with the television. When Apple introduced the Newton PDA in the late ‘80s, it was ahead of its time and the product failed. That same device became the iPad in 2010.

Very few have accurately predicted how technology would influence our lives because no one can see the future. Campaigns like “Look Up!” serve to emphasize our growing reliance on it. Is the reality of technology that grim? The possibility of being imprisoned by robots seems to make for a good action film at best. As cliché as it sounds, I think the only thing we should fear being imprisoned by is our own close-mindedness. Humans co-evolve with the technology they create. Instead of fearing that Generation Z will be glued to their iWatches and lack the social skills to communicate with others, we should have confidence in that they will learn to use new technology to make exciting contributions to the world.

RAVI JAIN is a College sophomore from Syosset, N.Y., studying economics. His email address is jainravi@sas.upenn.edu. “Tall, Skinny, Mocha” appears every other Wednesday.