Penn alum is lawyer by day, comics writer by night 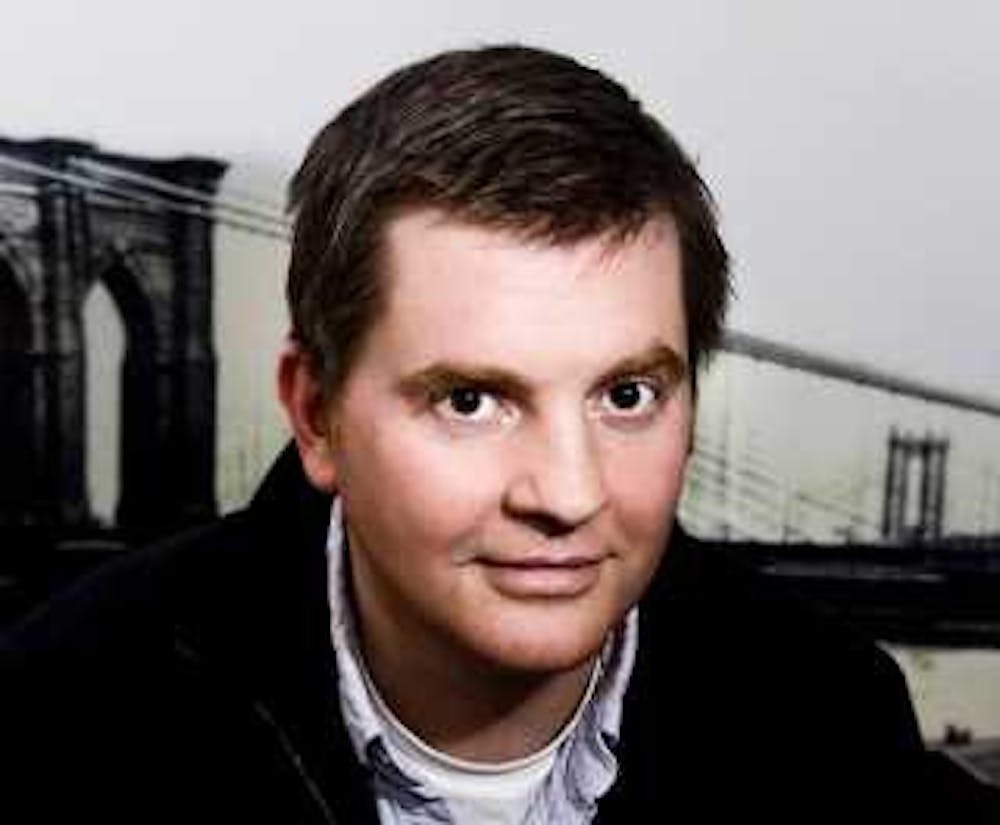 Like the costumed superheroes he writes about in comic books, 1996 College graduate Charles Soule has a secret identity.

When he’s not writing for Marvel or DC Comics, he is practicing law in New York City.

Soule, who graduated from Columbia Law School in 2000, worked in corporate law for the firm Ropes & Gray, LLP before starting his own practice in 2004. At his firm, he practices immigration and transactional law.

“My profile is a lot higher now than it was when I started writing comics,” Soule said.

This past year, he penned titles for both major comic companies, including “Superman/Wonder Woman,” “Red Lanterns” and “Swamp Thing” for DC and the best-selling miniseries, “Death of Wolverine,” for Marvel.

The first two issues of “Death of Wolverine,” in which Soule killed off the popular X-Men character, topped the sales chart in September, more than doubling the sales of the next best-selling title.

“It says so much about Charles that they came to him to kill off one of [their] most powerful and iconic characters,” said 1995 College graduate David Toccafondi, one of Soule’s close friends from college.

Toccafondi had long urged Soule to include a scene in “Swamp Thing” at Van Pelt Library, where Toccafondi works as the coordinator of the Vitale Digital Media Lab. Soule obliged and brought “Swamp Thing” to Penn’s campus in the final issue.

The comic stars a humanoid plant that interacts with various characters in the DC Universe. Despite its niche subject matter, some of comics’ greatest writers have written issues of the title — from Alan Moore to Scott Snyder and now, Charles Soule. The book’s current volume ends in March with issue number 40.

Even with his work on “Swamp Thing” ending, Soule will still have plenty to do. He has written up to eight comic book scripts per month — some in vastly different genres — while still practicing law.

“He writes comedy, action, political thrillers, suspense — he can do all of that,” Toccafondi, who has a Swamp Thing figurine in his office, said.

In September, Soule signed an exclusive contract with Marvel, meaning that once he wraps up his series commitments with DC next month, he will write strictly Marvel titles, with the exception of stories he owns the copyright for independently. He also plans to devote time to finishing up a novel.

However, comics were not always Soule’s main creative outlet. While at Penn, he was mainly involved in music.

Toccafondi “doesn’t remember talking to [Soule] about comics at Penn.”

“I was involved in the orchestra and jazz band,” Soule said. He also played at fraternity parties and coffee shops with his own bands.

He majored in Asian and Middle Eastern studies, leading to his interest in immigration law. Now, even as a comics writer, Soule remains actively committed to his legal practice.

“I’ve been building [my legal work] for almost 15 years now. It’s tough to just leave it behind,” Soule said.

Furthermore, he said, the ability to write creatively for a deadline translates well into the legal practice.

“There is a creative element to lawyering that people don’t think of. You have to think into the future and visualize how things could turn out for your client,” Soule said.

Meanwhile, his status continues to rise in the comics industry as he puts his pen to exploring the Marvel Universe.

Even with the final issue of Soule’s critically-acclaimed series “She-Hulk” hitting shelves on Wednesday, Soule will exert a powerful presence among Marvel creators.

He will continue co-writing a weekly series, “Wolverines,” that explores the aftermath of Wolverine’s death. Additionally, Soule holds the reins over Marvel’s “Inhumans” franchise, which has expanded in popularity after the announcement of an “Inhumans” film for 2019.

Quite the busy workload, but Soule would not want it any other way.