The Faithless Quaker | We're the best and the brightest; it's time we started acting like it 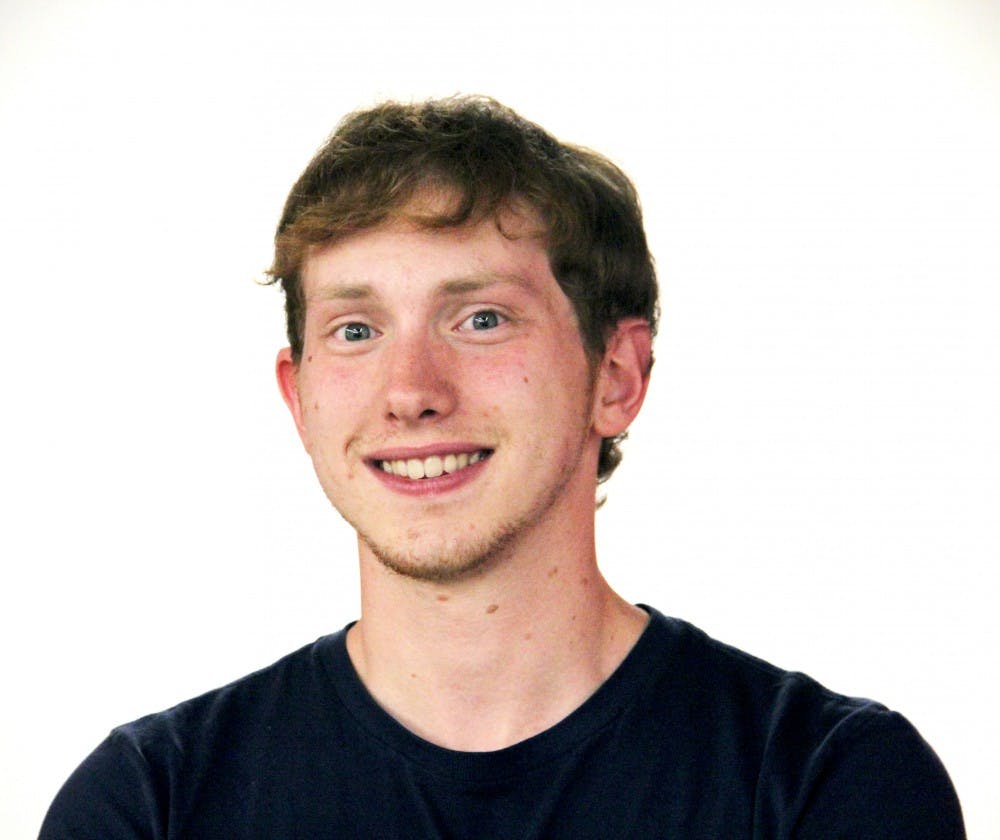 When you think of Penn’s ideological father, Benjamin Franklin, what comes to mind? He was a polymath in the truest sense of the word — a writer, philosopher, inventor and scientist who somehow found time to be one of the Founding Fathers.

While our university reveres him as the embodiment of its nobler values, the student body remembers him for distinctly other qualities. He loved beer, cavorted with abandon and conquered Paris with his relentless social navigating.

Unfortunately, that’s often the extent to which many of us follow his example. At best, he’s someone we cite to justify drinking too much. At worst, he’s a collection of epigrams we trample on the walk to class and a statue that tourists make the regrettable mistake of touching.

There’s a paradox when it comes to Penn students. Empirically speaking, we’re fairly smart. We did well on the SATs and got good grades in honors classes in high school. Yet we seem to treat intelligence like a dirty secret — it’s okay to have it, but keep it to yourself. Awkward glances warn the more outspoken that their intellect is showing.

Our unforgivingly competitive and pre-professional environment teaches us to place getting ahead before genuine human connection. But too many people get caught up in the flow of “every man for himself,” and too many students bristle at sharing notes for fear that someone else might get a chance to excel. (Pennsylvanian lawyers say that 16 women in a house is a brothel. I say that 16 Penn students in a room is OCR.)

Instead of learning together, we scrap with each other for grades. We don’t even drink together; we get drunk beside each other. Conformity is the norm, except when you’re out-doing everyone else. Ours is a culture that values grade-grubbing and networking.

It’s ironic that we don’t know how to be our own individuals, given that a core aspect of Franklin’s story was rejecting a family job and fleeing abroad to find his own way. If he were a freshman at Penn today, he would have probably been bounced from every frat party and dismissed as a hopeless nerd.

This all seems to be what William Deresiewicz was getting at when he wrote that elite American education has ceased to promote true greatness. Today, he argues, students are hyper-achievement oriented, uncurious and anti-individualistic — livestock for finance and consulting. The universities of the past created men and women of thought; now they pump out “excellent sheep.”

That herd mentality is only worsened by mainstream social values, or anti-values. The thing pop culture seems to care most about is not caring; it’s surprising how insistent we are on being nonchalant. Our generation thinks it’s cool not to care about ideas, others, anything besides grades and evening plans — getting ahead and going out. As the “social Ivy,” we exist at the juncture between increasingly corporate classrooms and an anti-intellectual mass culture, with the shortcomings of both.

These symptoms won’t disappear until we take ownership of ourselves as human beings. We shouldn’t have to feel forced into choosing between having a social life and an inner life. Let’s take our identities, passions and values back into our own hands.

The key is to actually give a damn about something beyond ourselves. After all, there’s a difference between IQ and intellectual curiosity. We must want to better ourselves and discover new things. Our time here would be so much better spent if we allowed ourselves to fall in love with learning — to light a path and keep our studies aflame.

While we’re at it, shouldn’t we hold ourselves to a higher standard of decency? Decency is somewhere between politeness and kindness; it’s about having a code by which we treat strangers with unconditional consideration. Beyond cohorts and Greek letters is a collective struggle inside of every person on this campus, and we all deserve respect.

We live under constant pressure to be excellent. But as Franklin himself said, “Without continual growth and progress, such words as improvement, achievement and success have no meaning.”

It’s up to us to care about ideas and about each other. We’re only sheep if we choose to be.

Jonathan Iwry is a 2014 College graduate from Potomac, Md., who studied philosophy and history. His email address is jon.iwry@gmail.com. “The Faithless Quaker” appears every Monday.