Penn basketball has plenty to play for over break 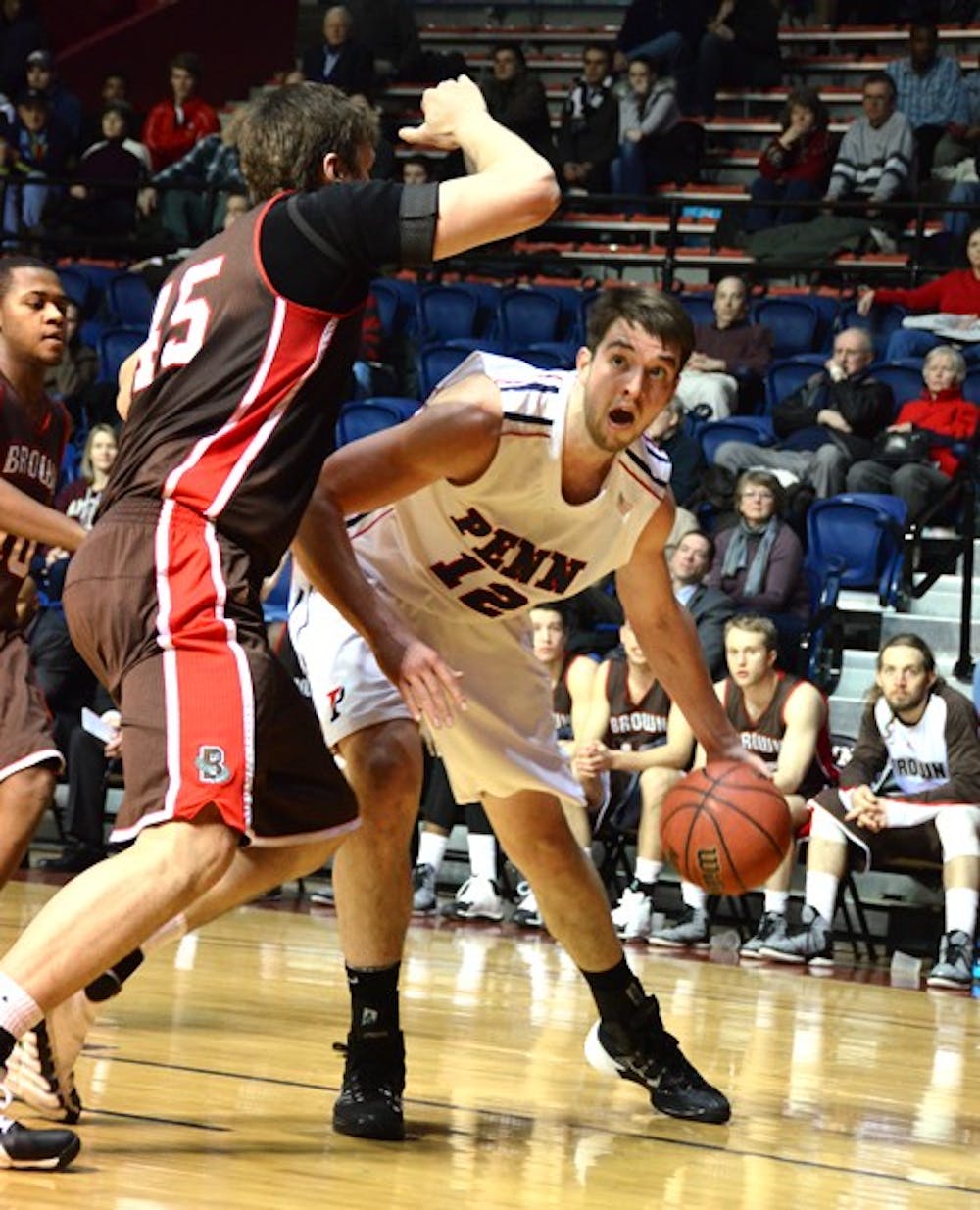 Senior Night? Over. The Ivy League title race? Eliminated from contention. Nothing left to play for? Perhaps.

But don’t tell that to Penn basketball.

Coming off a disappointing weekend sweep, the Quakers will hit the road for the final three games of their 2013-14 campaign over spring break. But despite the Red and Blue’s subpar record, the squad knows just how valuable these three games could be.

“The biggest thing is that these guys are mature enough and they respect the game enough to know that, even though we’re eliminated from contending for the Ivy title, we’re still playing for something,” coach Jerome Allen said. “In no way are we packing things in and assuming this season is over.”

Phillips | A tale of two Allens

Steele | Nothing left to do but laugh at Penn basketball

Penn’s road trip will kick off on Friday when the squad visits Columbia. The Quakers (7-18, 4-7 Ivy) will follow up that matchup the next night with a visit to their other New York rival, Cornell, before wrapping up the season against Princeton on Tuesday night.

And in a season where very little has gone right for the Red and Blue, coach Jerome Allen’s squad may be able to take solace in one fact: Penn is 3-0 this season against the teams it will face.

In the team’s first Ivy League contest, the Quakers pulled off a stunner, knocking off a Princeton squad that entered the game sporting an 11-2 record. Though the Tigers have sputtered since then, the victory was the highlight of Penn’s season.

Four weeks later, the Quakers picked up their second and third Ivy wins of the season with victories over Cornell and Columbia. Penn knocked off Cornell in a high scoring affair before riding Fran Dougherty’s 23 points and 12 rebounds to a win over the Lions the next night.

Now the Quakers are back to do it again.

“More so than anything, we want to finish the season as best as we possibly can regardless of what has happened up to this point,” Allen said. “We need to get the guys to pay attention to detail until it’s all over and see this thing through to the end.”

Though Penn has already had success with this trio of Ivy foes, Allen knows nothing will come easy over break.

“This time around, all three teams are playing pretty good basketball,” Allen said. “We need to take a strong approach and respect them enough ... because every team is better than they were when we last saw them.”

The Lions (18-11, 7-5) are one of the toughest home teams in the Ivy League, having only dropped two games at Levien Gymnasium this season. Though Alex Rosenberg struggled in Columbia’s last outing against Penn, the junior is fifth in the Ivy League in scoring at 16.1 points per game.

While Columbia has improved, Cornell (2-24, 1-11) has failed to piece together much success since the beginning of the year. The Big Red’s victory over Dartmouth is their only win over a Division I opponent.

After completing its games in the Empire State, the Quakers will head to Princeton (17-8, 5-6). Having already ruined the beginning of the Tigers’ Ivy season, Penn now hopes to send its rival into the offseason on a bitter note by spoiling Princeton’s Senior Night.

And though the season is ending, Allen has preached to his team that nothing has changed since the last time Penn played these opponents.

“We don’t need to look for added motivation,” Allen said. “For the most part we’re just trying to win the three games we play this break and do it one at a time.”