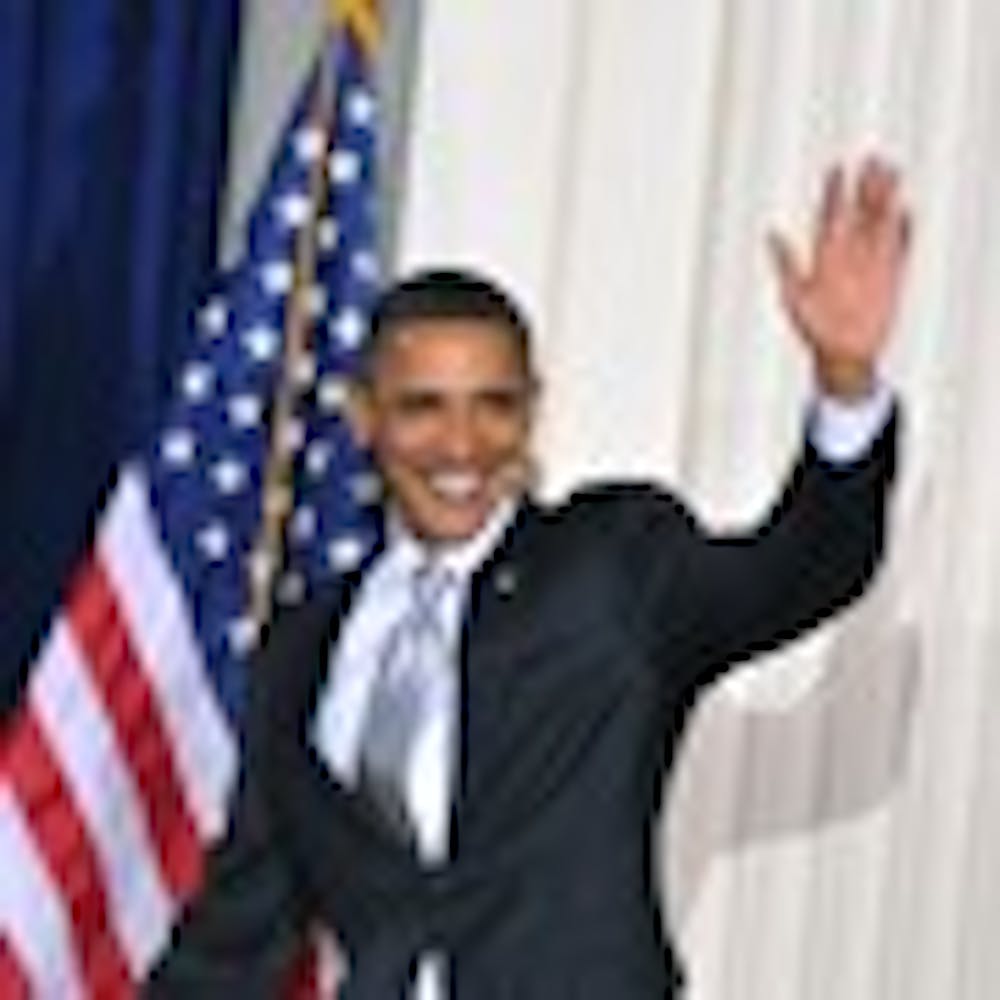 09/14/10 9:17pm
President Barack Obama appears to have accomplished the impossible on Tuesday — he got middle- and high-school students excited about the start of school.

On Tuesday afternoon, President Obama delivered his second annual “Back-to-School Speech” at Julia R. Masterman Laboratory and Demonstration School, at 17th and Spring Garden streets. The school for children from fifth through 12th grades is frequently recognized as a National Blue Ribbon School of Excellence.

In his speech, Obama explained to students in the auditorium and across the nation the importance of their studies. Education is “about giving each and every one of us a chance to fulfill our promise and to be the best version of ourselves we can be,” he said.

He told students that the way for them to reach their full potentials is through hard work.

Obama’s speech highlighted the merits of hard work and perseverance and the opportunities that these traits will afford individuals. “So long as you’re willing to stay focused on your education, there is not a single thing that any of you cannot accomplish,” he said.

Landis Hennessy, a seventh grader at Masterman, explained that his successes reflect Obama’s statements. “If you work hard you can do things,” he said. “I worked hard to get into Masterman, and now I am here.”

But there are some people who question whether Masterman students are in need of inspiration from the President.

Dina Portnoy, a professor in Penn’s Graduate School of Education with 27 years of experience in Philadelphia public schools, was “disappointed” that Obama chose to deliver his speech at the magnet school.

“Masterman is not the problem in education today,” she said. Portnoy, a director of Teach For America, explained that many Masterman students “feel successful, like they can pursue their dreams. There are kids in other schools that don’t.”

NancyLee Bergey, associate director for teacher education at GSE, agreed that there are schools whose students may need to see the president more than Masterman students do. However, she emphasized the necessity of acknowledging the successes of Blue Ribbon schools.

Cecelia Merritt, an assistant principal at South Philadelphia High School, did not believe that Obama’s choice of school was problematic. She explained that her students were not concerned with the location so much as the content of Obama’s message.

“[Students] will react positively to the speech, just as we all respond positively to praise and encouragement,” she said, adding that students who saw the speech broadcast on television can benefit as much as those who saw it live.

Bergey believes the anecdote Obama told about a 12-year-old girl from Georgia represents the direction in which American education should go. The girl, Tamerria Robinson, wrote to the President and told him, “I try to achieve my dreams and help others do the same. That is how the world should work.”

Bergey stressed that the message should apply equally to Penn students.

“Tamerria was working hard to meet her goals and helping others to achieve their goals. This is an important message for Masterman students — and for Penn students,” Bergey said.

Obama will be back in Philadelphia next Monday for a campaign fundraiser for Democratic Senate candidate Joe Sestak.