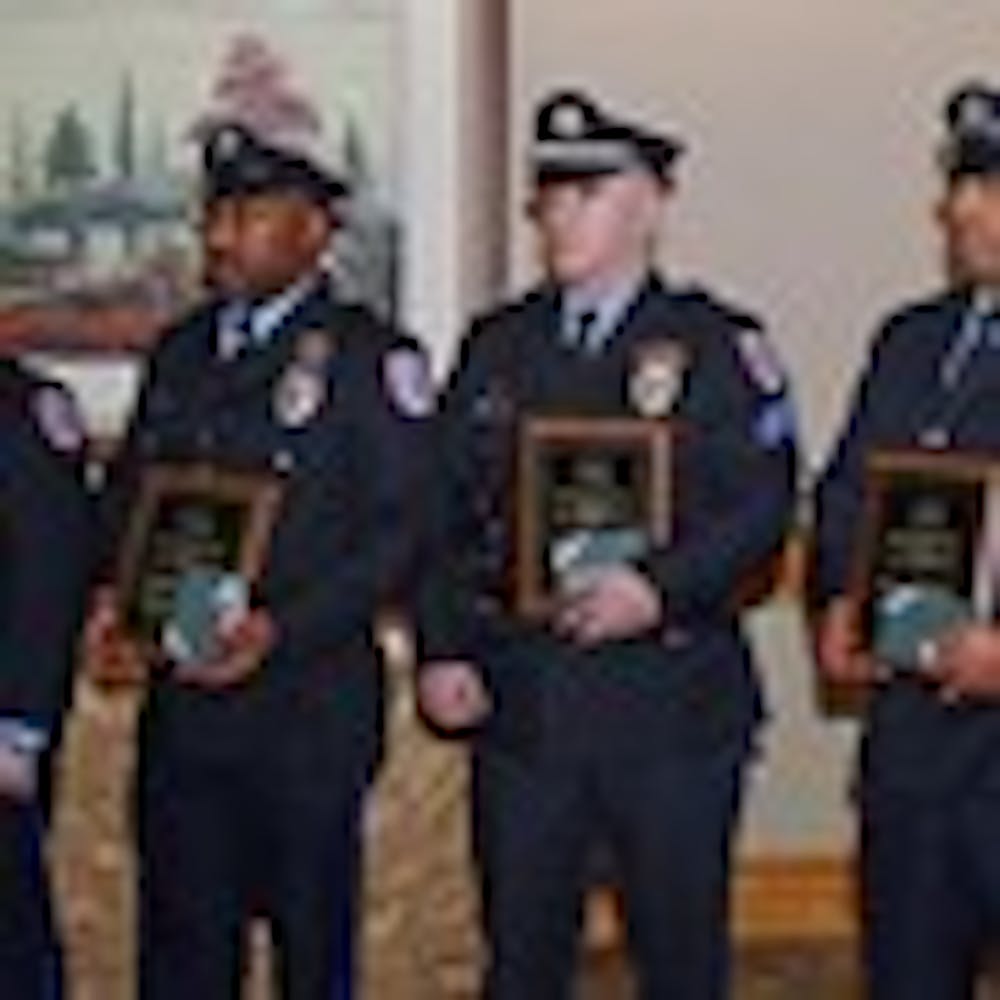 The Greater Philadelphia chapter of the American Society for Industrial Security International — an organization for security professionals — honored four Penn Police officers Wednesday night for their work in the carjacking incident that occurred on Nov. 21 last year.

Sergeant David Adler and officers Greg Everage, Benjamin Mauro and Fred Nichols were lauded for their “Heroism, Bravery, and Superior Service” this year, according to a statement from ASIS.

Adler, Everage, Mauro and Nichols were involved in a gunfight that ensued after Leslie Mosby and Karl Sappleton allegedly crashed a stolen Cadillac on the corner of 40th Street and Locust Walk at about 3 a.m. on Nov. 21.. While Mosby reportedly fled the scene, the other allegedly opened fire on the Penn Police.

Sappleton, 18, was fatally wounded by a shot and was pronounced dead at the Hospital of the University of Pennsylvania. Mosby was arrested and has a trial date of Sept. 26, set Wednesday.

The Philadelphia District Attorney’s office cleared the Penn Police of any criminal wrongdoing in the event last January.

Adler, Everage, Mauro and Nichols were four of only 25 officers chosen for the ASIS award, five of whom survived gunshot wounds.

“Several of the officers we will honor fearlessly walked into dangerous situations and escaped with their lives,” John Russell, chairman of the ASIS Recognition Awards Committee and vice president of Operations for AlliedBarton Security, said in the statement. “Our citizens are better off for their actions.”

Division of Public Safety spokeswoman Stef Cella wrote in an e-mail that the award stems from a joint effort between PennComm dispatchers, Penn Police, Allied Barton officers and Philadelphia Police.

“Our Penn Police Officers reacted immediately without any regard for their own personal safety and thereby preventing possible serious injury,” Cella added.