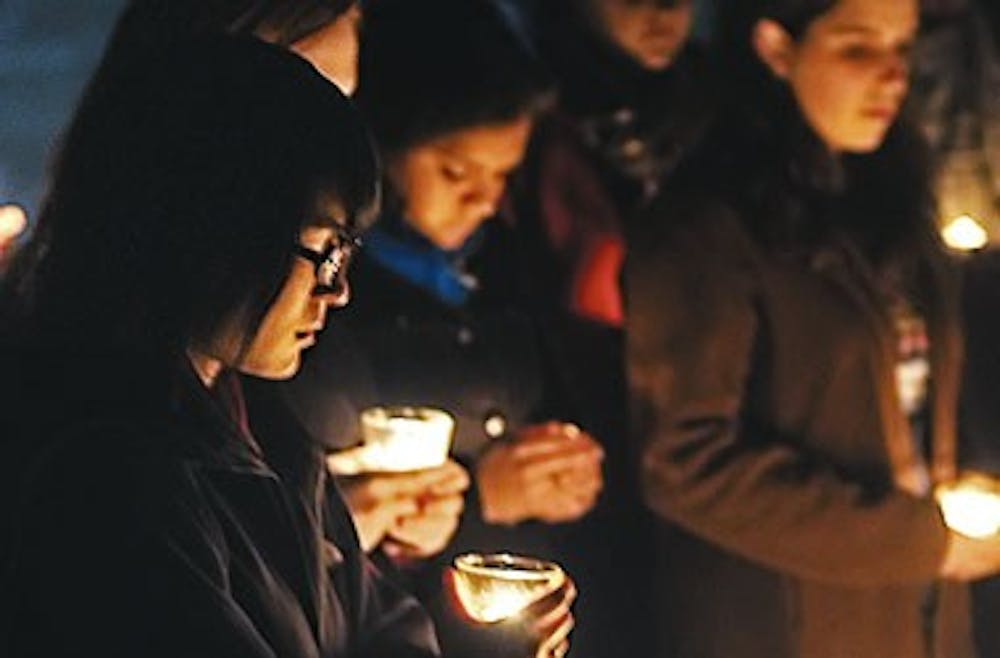 People from all across the University gathered outside the Lesbian Gay Bisexual Transgender Center last night, eyes downcast, candles alight, to stage a vigil commemorating the 11th anniversary of the death of Matthew Shepard.

A gay student at the University of Wyoming, Shepard was tortured and subsequently beaten to death because of his sexual orientation on Oct. 12, 1998. His body was found tied to a fence in Laramie, WY.

“It was the first case of its kind that made sexual intolerance on college campuses seem like an issue that needed to be tackled,” said College freshman Joshua Herren, an attendee at the vigil. “It reverberated strangely across the country.”

The mood at the vigil was solemn and reflective. Attendees held hands as a number of Queer Student Alliance and LGBT Center representatives shared stories and spoke about the ramifications of homophobia on college campuses.

“We are privileged to not have to experience what Matthew Shepard did,” said College senior Anna Aagenes, co-organizer of the vigil and co-chairwoman of QSA. “The fact that we’re still having a vigil for Matthew Shepard 11 years later shows how much of an issue intolerance on college campuses can be.”

After the speeches and stories, the attendees participated in a moment of silence. Each held a candle aloft, illuminating a number of photographs of Shepard placed about the courtyard.

ALLIES, a group dedicated to publicizing LGBT matters at Penn, has recognized the usefulness of Shepard’s story in raising awareness of issues of homophobia on campus.

Both QSA and ALLIES have stated that maintaining security for Penn’s LGBT population is a problem on campus, but the situation appears to be getting better.

“We can work together to make ourselves feel safer,” Aagenes said during a speech on Shepard’s passing. “Everyone has the right to security. We’re working for the day that issues of sexuality no longer threaten people like they did Matthew Shepard.”