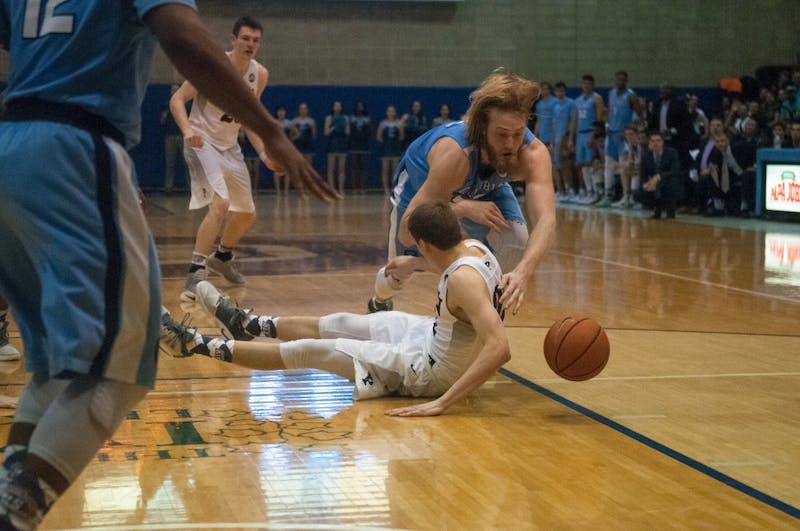 Penn men's basketball fought hard against the Lions, going back and forth with Columbia in an intense battle of wills until eventually relinquishing the lead with about 8 minutes to spare. The Quakers ultimately lost to the Lions 70-67.Zach Sheldon | Sports Photo Editor 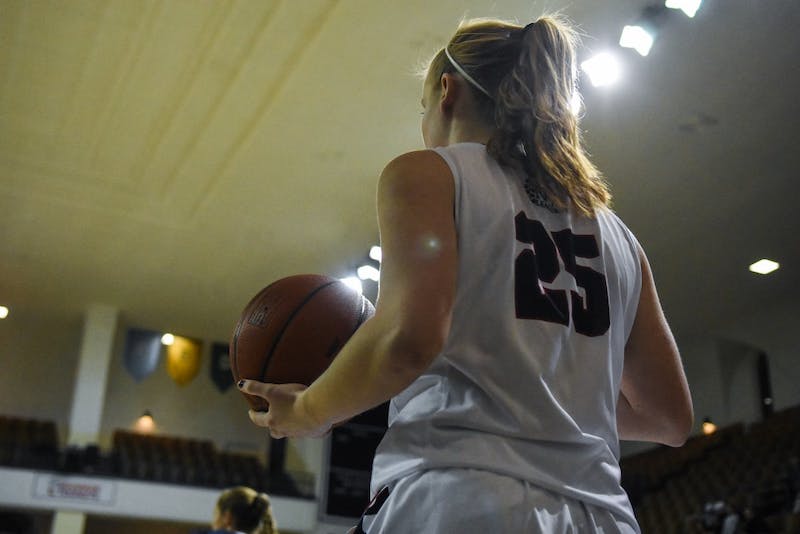 Men's and Women's Basketball at Yale

The men's and women's basketball teams headed to New Haven for the second half of their weekend double-header. The men upset Yale 71-55 after setting up a huge 27-2 lead at halftime, but the women's team ended up falling to the Bulldogs 61-48.Zach Sheldon | Sports Photo Editor 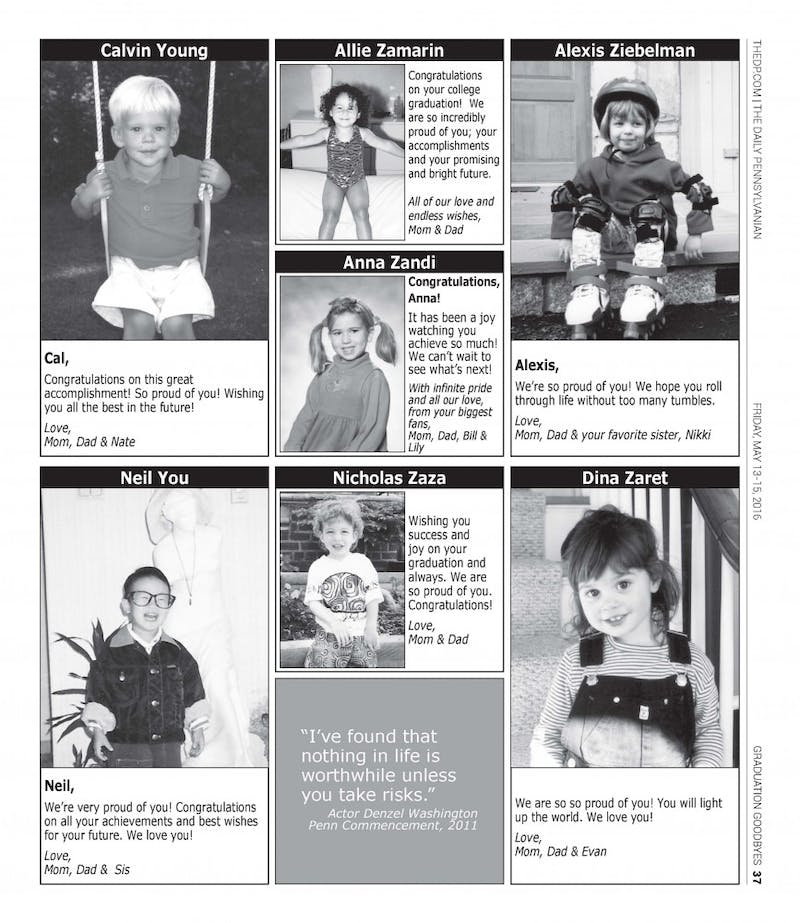 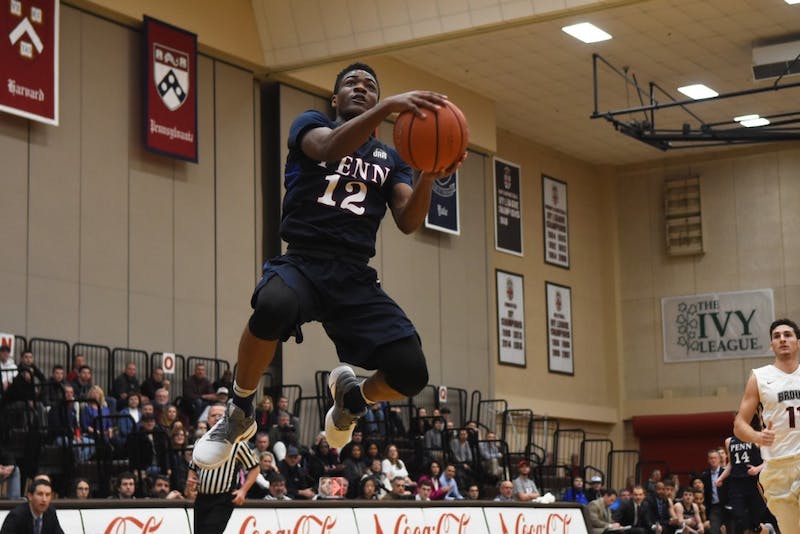 Men's and Women's Basketball at Brown 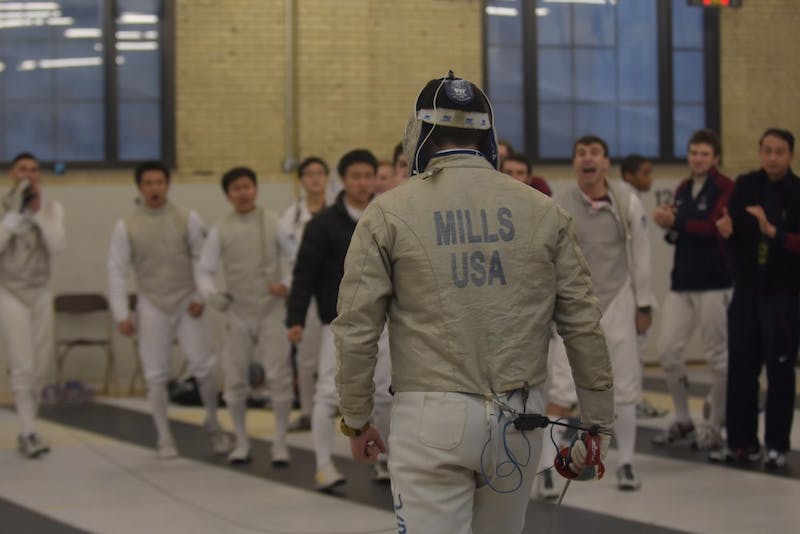 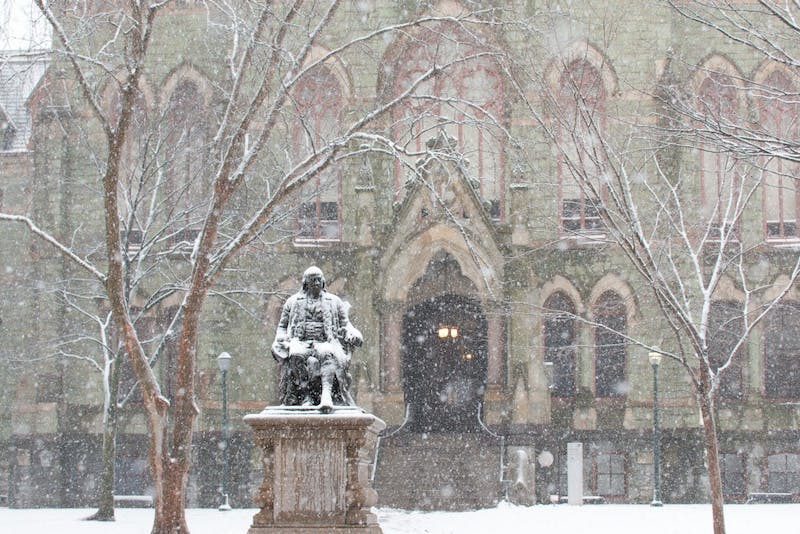 Heavy snowfall hit Philadelphia early this morning, and a layer of white blanketed campus. Students enjoyed the morning off as the university cleared roads and walkways. 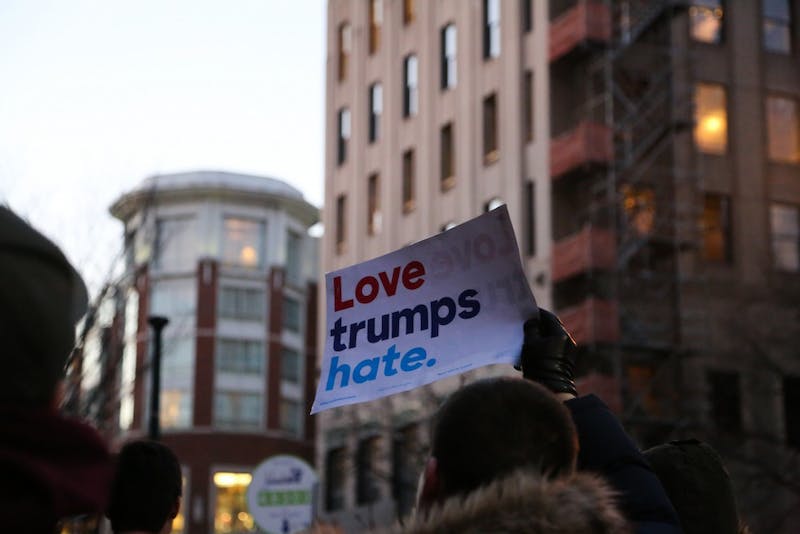 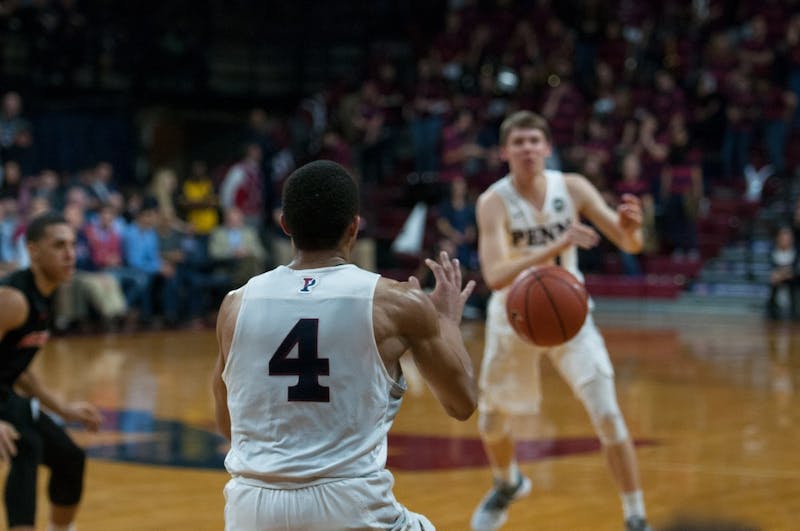 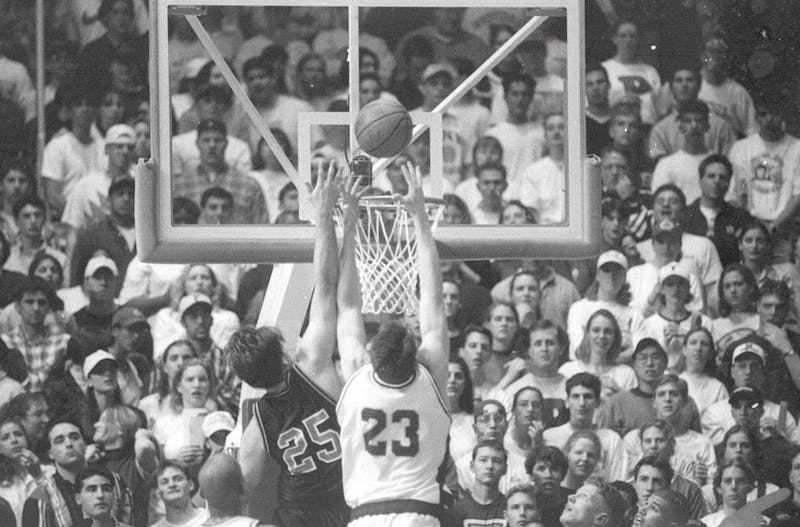 Penn men's basketball will be playing Princeton at the Palestra during the school year for the first time in 5 years, so we scoured the DP archives for a look back at their past encounters over the years.Zach Sheldon | Sports Photo Editor 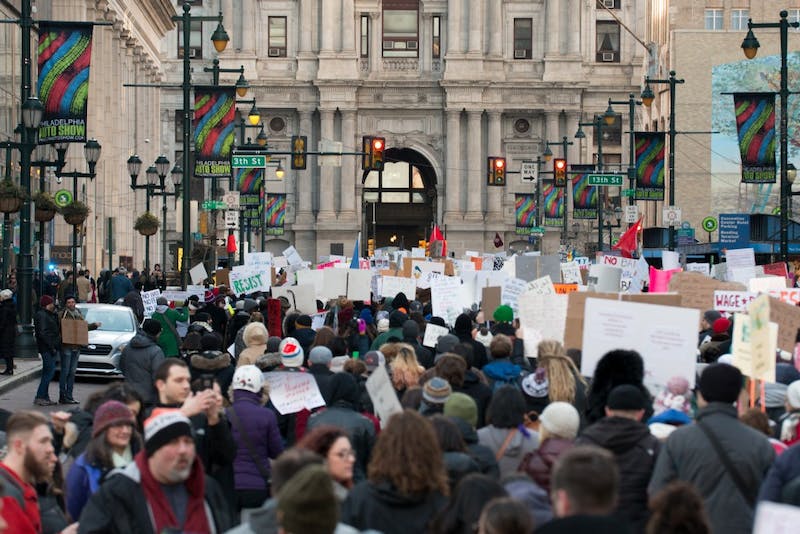 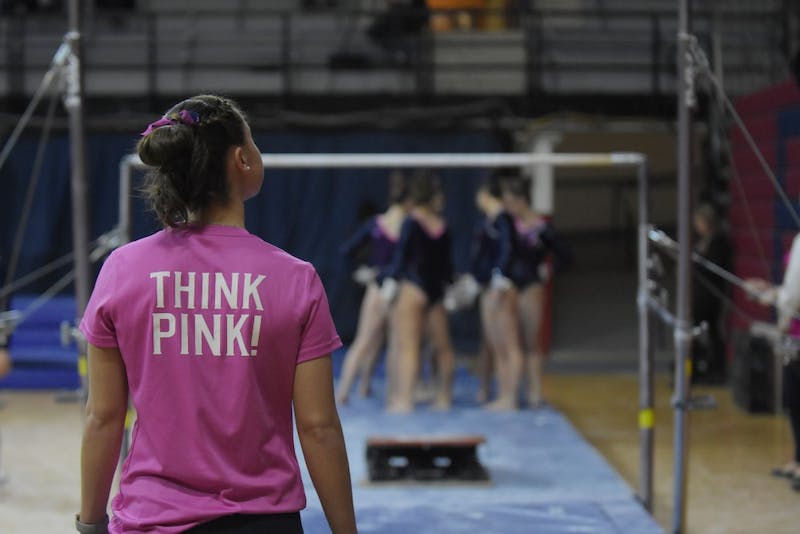 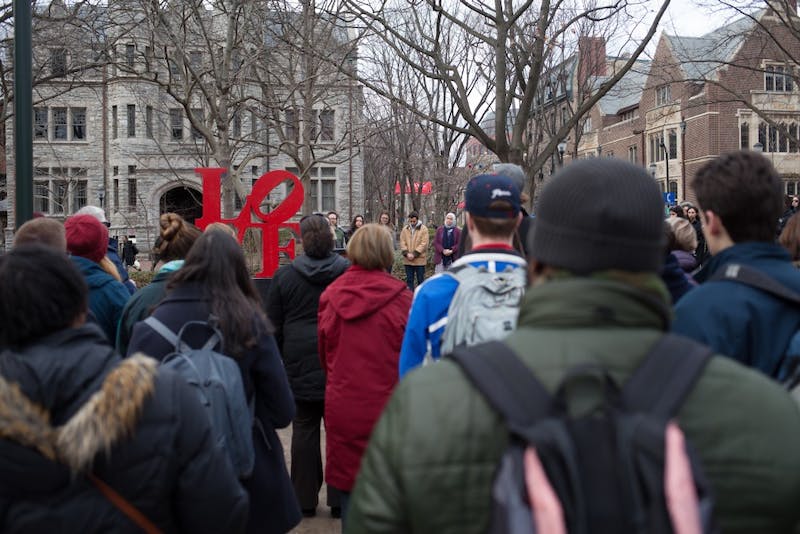 The Penn community gathers for an interfaith meeting

Today at noon, Penn students, faculty, and staff gathered around the LOVE statue near College Green in solidarity with those affected by Trump's immigration ban. They held white flowers and listened to various speakers who shared messages of support. 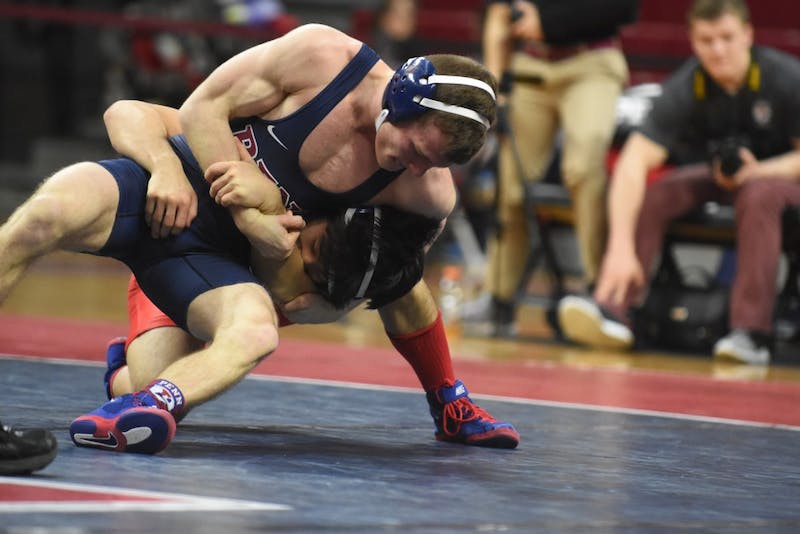 Penn men's tennis took on Georgetown and Temple in a doubleheader this weekend, triumphing over both 6-1. Senior captains Kyle Mautner and Josh Pompan set the standard for the rest of the team, posting straight-sets singles victories in each match. Penn wrestling defeated American University 21-14, with strong victories from May Bethea and Joe Oliva.Zach Sheldon | Sports Photo Editor 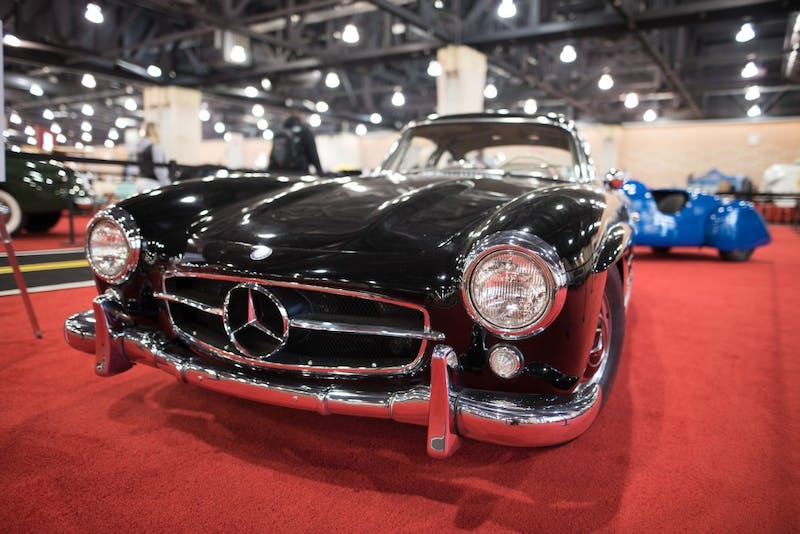 Scenes from the Philadelphia Auto Show

The Philadelphia Auto Show returned to the Pennsylvania Convention Center from January 28 to February 5. Over 250,000 guests are expected to visit the 700,000-square foot display floor. A variety of 2017 cars and 2018 preproduction models are currently on display, including the Acura NSX, the fully-electric Chevy Bolt EV, the Nissan GTR, and the BMW i8. The show also features one of the largest displays of exotic vehicles in the nation, including cars from the following manufacturers: Ferrari, Lamborghini, Maserati, Bentley, Rolls Royce, McLaren, Aston Martin, and Karma. One of the main attractions of the show will be its interactive aspects, which include Camp Jeep, where professional drivers allow riders to experience a Jeep's on- and off-road capabilities, and a Ride and Drive Zone that offers test drives from BMW, Nissan, Kia, Mazda and Toyota. The Auto Show is open until 10PM most nights and admission costs $14. 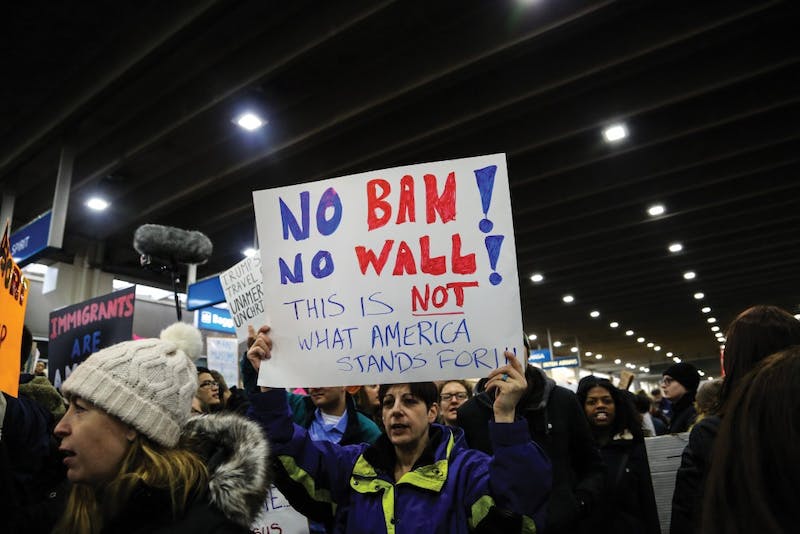 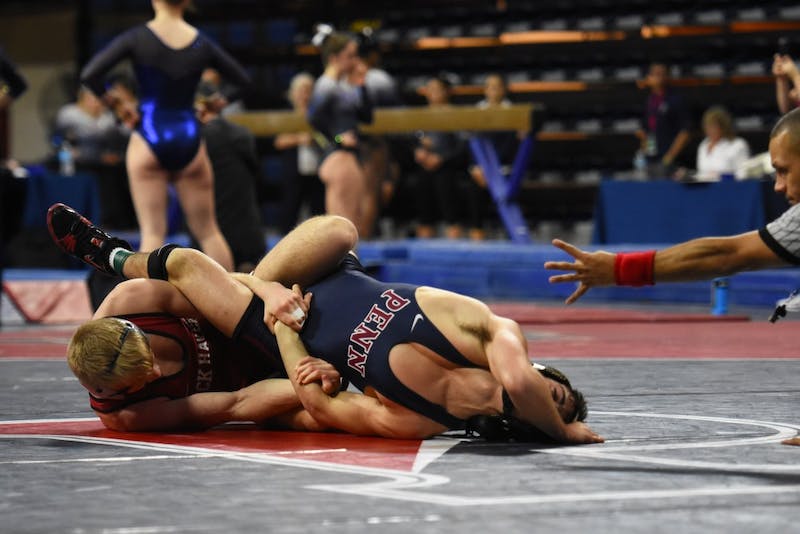 Penn Gymnastics fought alongside Penn Wrestling this weekend in the Palestra for their first ever dual meet, with Gymnastics beating out Yale 193.575-192.125 and Wrestling defeating Lock Haven 25-14.Zach Sheldon | Sports Photo Editor 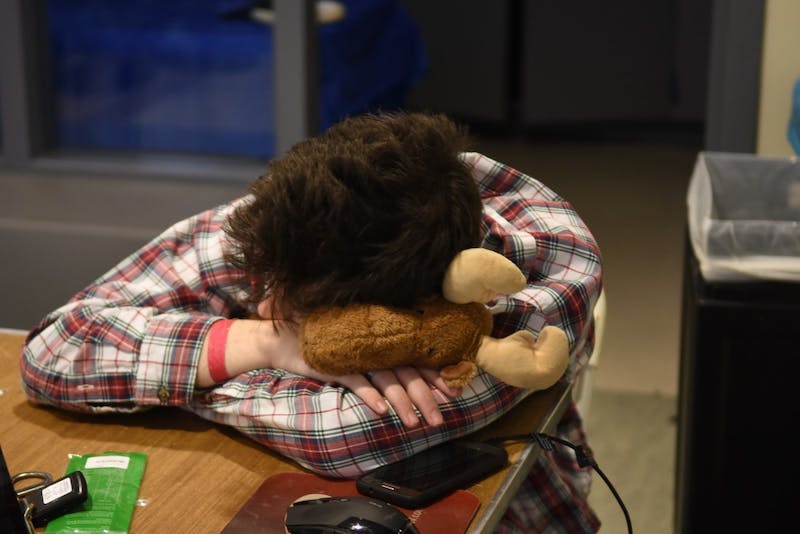 The best and brightest in computer science, electrical engineering, and computer engineering flocked to Penn this weekend for PennApps XV. Wandering through the engineering buildings Towne, Skirkanich, Levine, and Moore, we documented some of the highlights from the biannual hackathon. Zach Sheldon | Sports Photo Editor 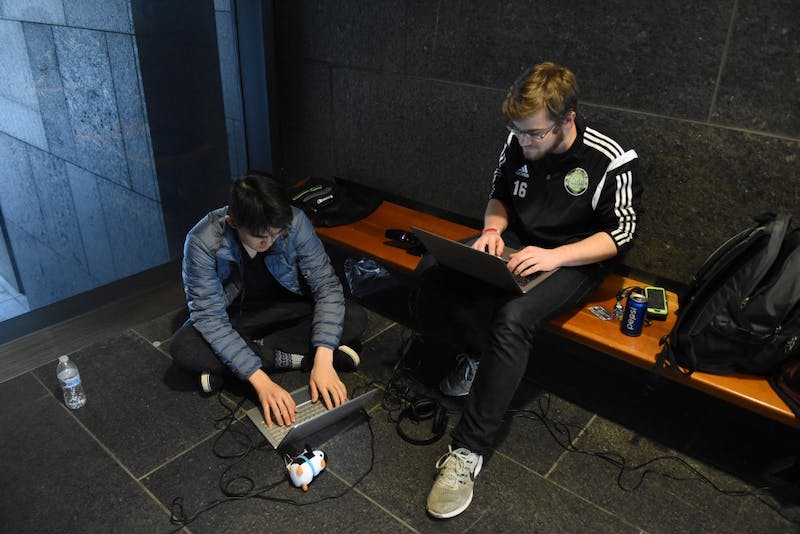