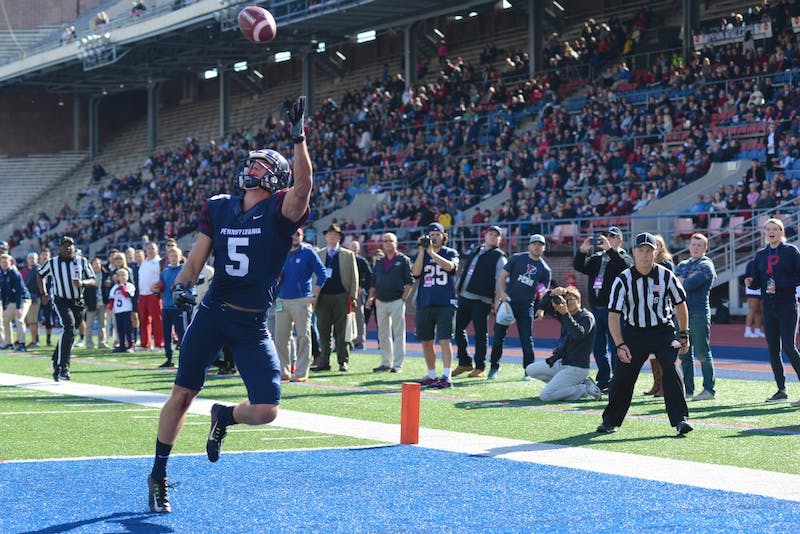 Last weekend, Penn Football pumped out a tight 21-14 victory over Brown at Franklin Field to stay perfect in Ivy League play. With the help of junior Justin Watson’s best performance of the season, the Red and Blue held Brown scoreless in the first half, pulled out the win in a tight second half, and ended the game atop the Ivy standings tied with Harvard. This weekend, Penn football faces an even tougher opponent in Princeton Football. Even with Princeton’s revoking Penn’s tailgate rights, only one thing can be on Penn’s mind right now: pucking Frinceton.Photos by Griff Fitzsimmons and Alex Fisher. 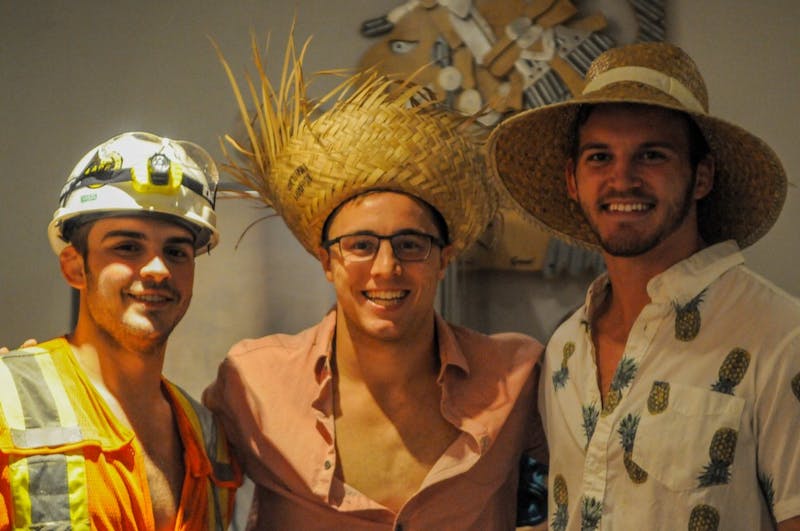 On Halloween night, students flocked to Chipotle en masse (and en costume) to get discounted burritos. Spooky! Check out some notable costumes.Photos by Sam Eichenwald 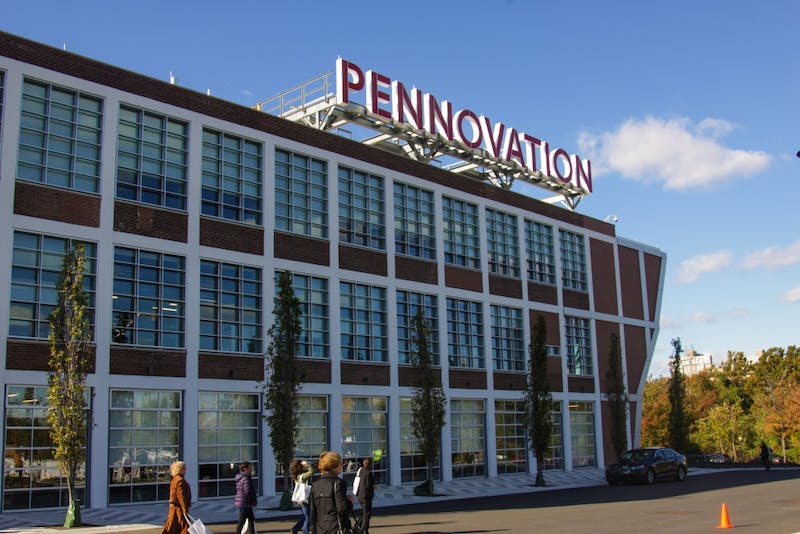 On Friday, October 28, the Pennovation Center had its grand opening. The ceremony included speeches by CEO of Cognitive Operational Systems LLC (COSY) Jonas Cleveland, and the CEO of Qualcomm Technologies, Inc., Engineer Daniel Mellinger. In addition to University President Amy Gutmann, the keynote address featured Neil Blumenthal and Dave Gilboa, Co-Founders and Co-CEO's of Warby Parker, who both graduated from the Wharton MBA program in 2010, as well as Board Chair David L. Cohen. When the time came, the Ghost Minitaur™, a robot of Ghost Robotics, joined Gutmann on stage and brought her the scissors for the ribbon cutting. After the keynote presentation, there were self-guided tours of the Center and a networking session featuring Cynthia Otto of Penn Vet Working Dog Center, accompanied by her human and canine team.// Tiffany Pham | Associate Photo Editor 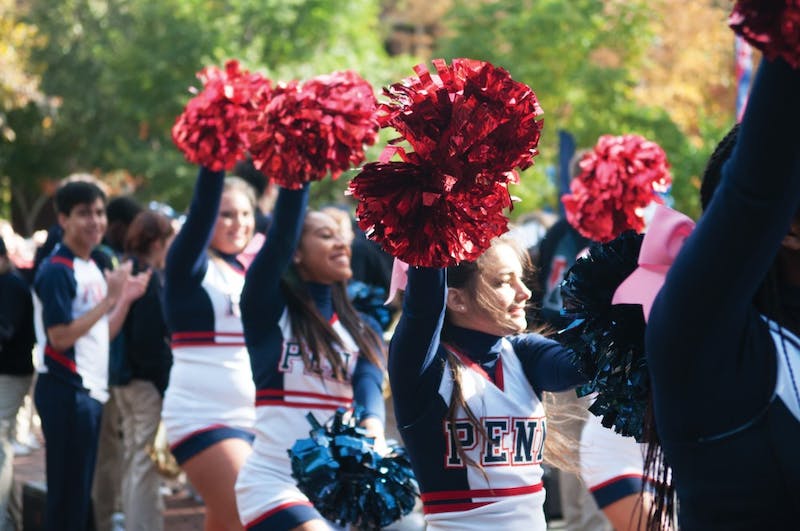 Alumni and students alike flocked to College Green for Homecoming festivities this weekend. The traditional celebration of Penn's alumni community included performances by various student groups on College Green and a football game against Brown. Here's a quick photo recap of some of the Homecoming events.Photos by Jess Katz, Helen Fetaw, and Alex Fisher 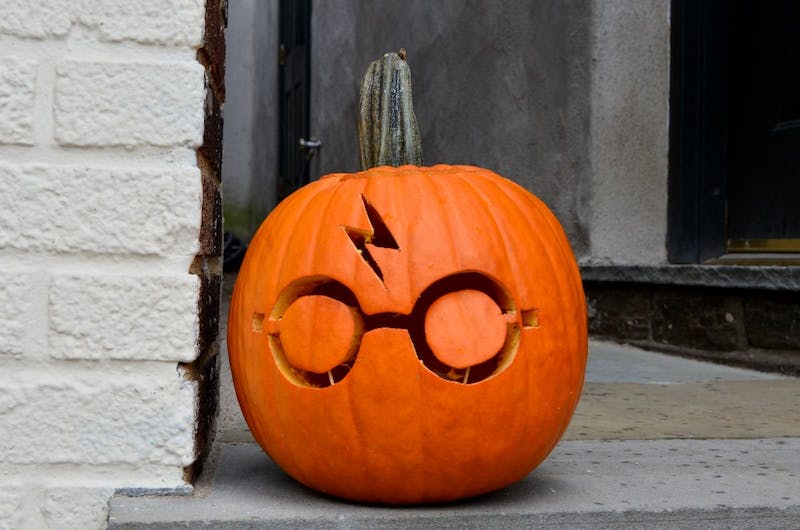 Last week, Chestnut Hill held its annual Harry Potter Festival and Quidditch Tournament. Once a year around Halloween, the Philadelphia suburb transforms itself into a wonderland inspired by the popular novel series. In addition to the Quidditch, events included a pub crawl and recreations of famous landmarks from the books. 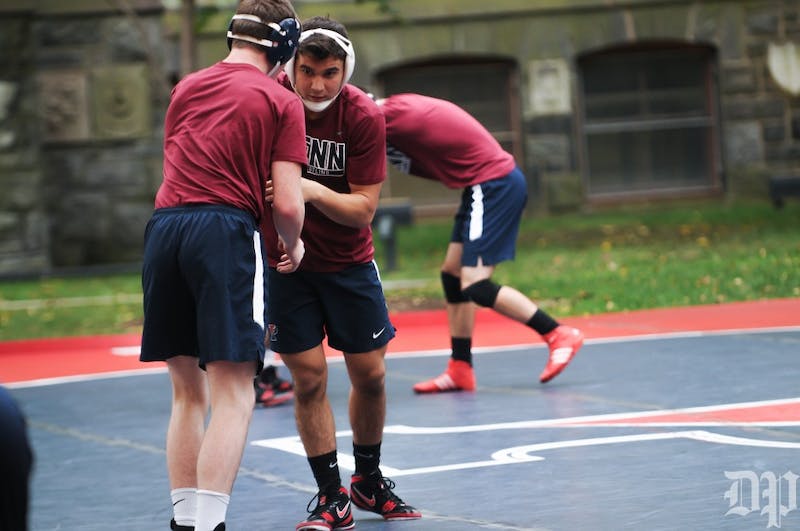 Photo Gallery | Grapple on the Green 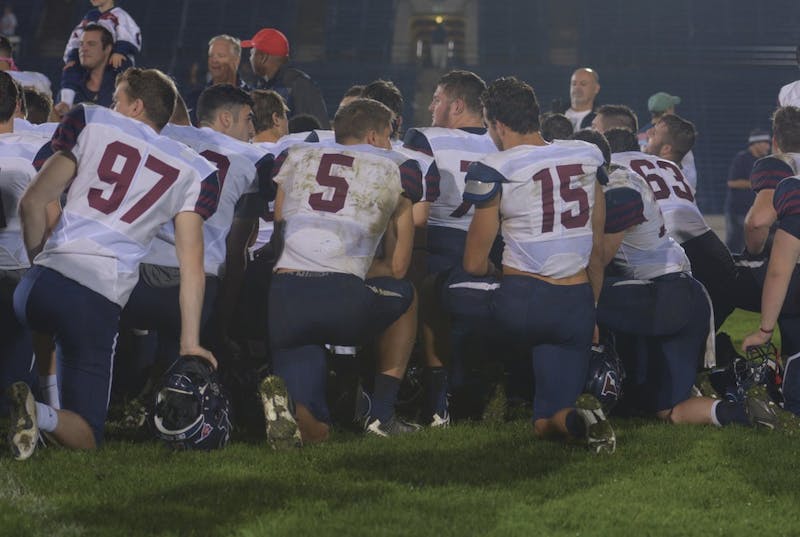 Penn football played Yale last Friday night in the Bulldog's first ever night game in the Yale Bowl. It was not meant to be a fairytale game for the hosts, however, as the Quakers started strong and never looked back. Three receiving touchdowns from junior talisman Justin Watson helped the Red and Blue drive up a 35-0 lead by halftime. After a slower second half in which Penn coach Ray Priore pulled most of his starters, the game ended a convincing blowout, 42-7. Still undefeated in Ivy play, Penn stands in pole position to reclaim the Ivy League title. 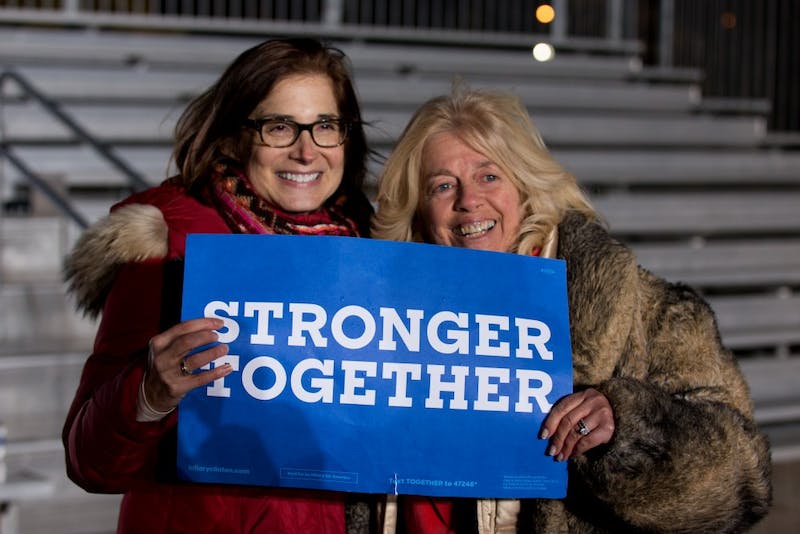 With the city skyline glittering behind her, Hillary Clinton campaigned in front of a crowd of over 7,000 people at Penn Park on Saturday night. During her speech, Clinton applauded the efforts of campaigners to register hundreds more voters in Pennsylvania than in 2012, and called upon young voters in particular to participate in this year's election. "This could truly be the election where young people turn out in larger numbers than ever and make their voices heard," Clinton said.Photos by Ananya Chandra, Carson Kahoe, Zach Sheldon, Julio Sosa, Sam Holland, Mark Shtrakhman, Pranay Vemulamada, Griff Fitzsimmons, Zihan Xiong, and Manon Voland 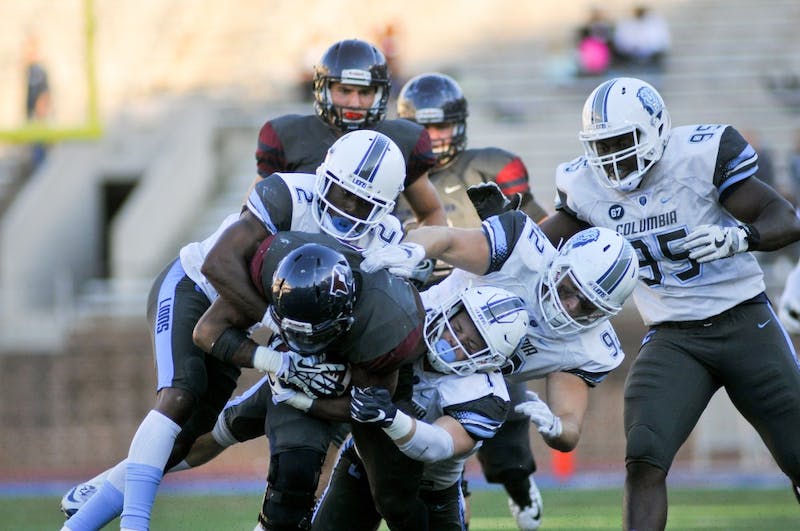 The Quakers, under second-year head coach Ray Priore, beat Al Bagnoli and his Columbia Lions by a score of 35-10. Penn dominated the second half after a slow start to pick up its eighth straight Ivy League victory dating back to last season. A breakout performance from Tre Solomon - featuring a throwing touchdown from the running back - led Penn Football to  victory over Columbia. For his efforts, Solomon was named Ivy League Offensive Player of the Week. The Quakers will look to improve on their 2-0 Ivy Record on Friday vs. Yale.Photos by Ilana Wurman and Ananya Chandra 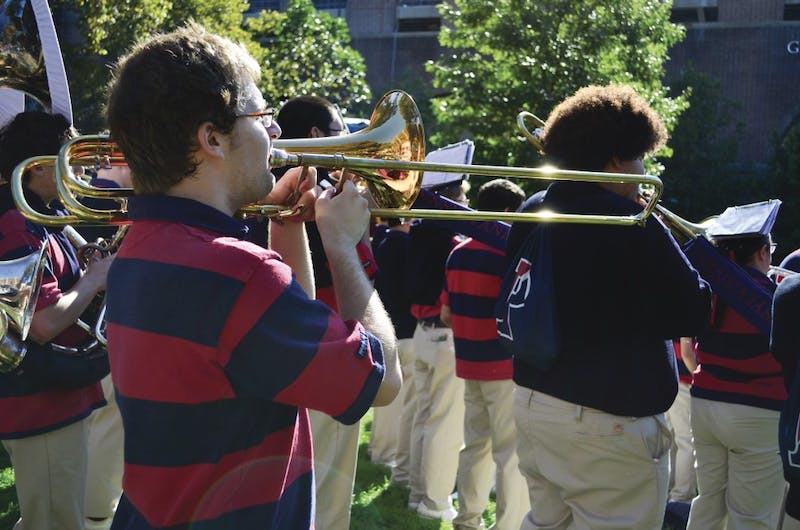 Students and parents alike flocked to Shoemaker Green Saturday afternoon to take part in Fan Fest, a pregame event prior to the Penn-Columbia game. The event, hosted by the DP, the Red and Blue Crew, and the Class Boards, featured a deejay, an inflatable rock climbing area, and performances by the Penn Band and cheerleaders. Penn proceeded to win the Family Weekend game 35-10. For more photos, visit our Facebook album.// Carson Kahoe | Photo EditorPhotos by Alykhan Lalani and Manon Voland 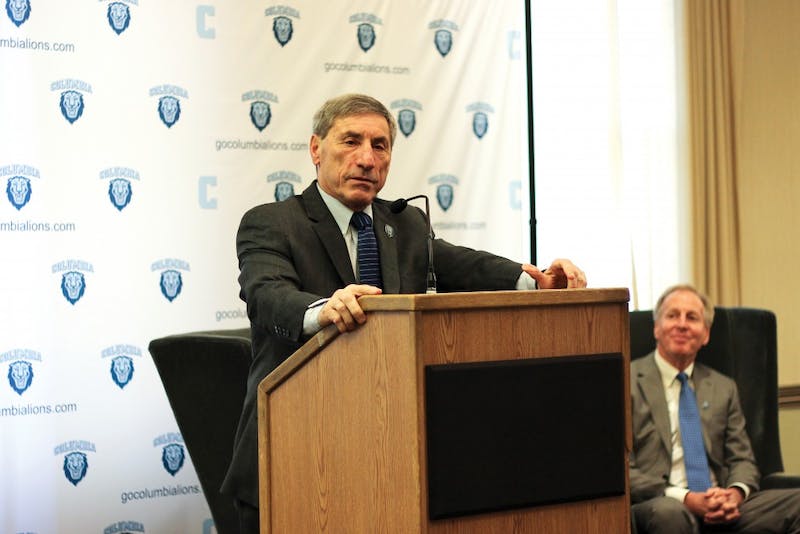 The overarching storyline at Franklin Field on Saturday will be one thing: the return of Al Bagnoli. After winning nine Ivy titles in 23 years in University City, Bagnoli took over Columbia's football program in 2015. This Saturday, he will return to Franklin Field for the first time since his retirement. 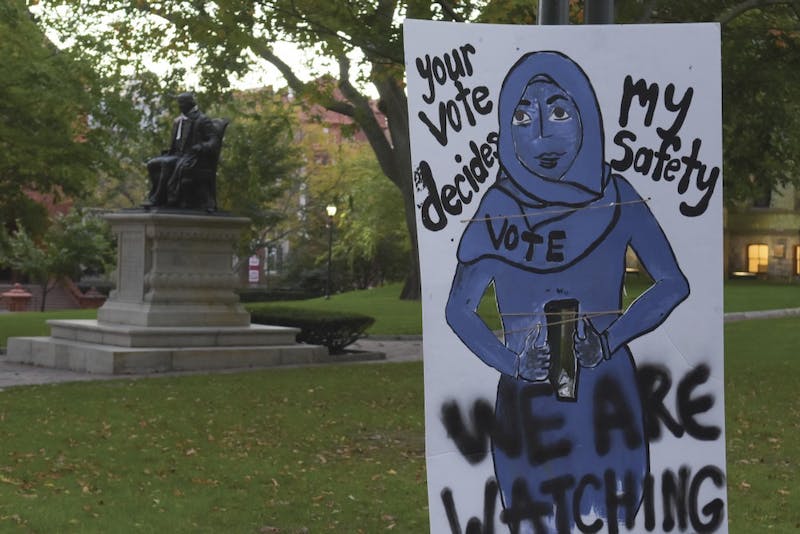 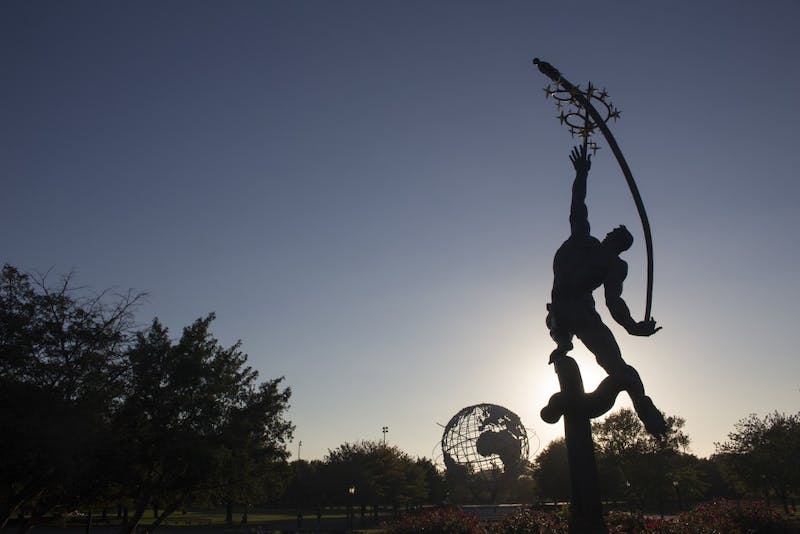 Take a look at what some DP photographers did over Fall Break. 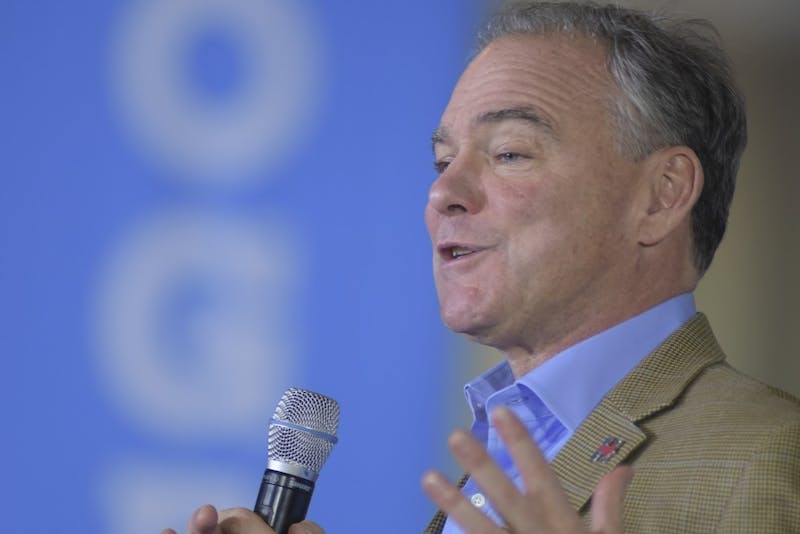 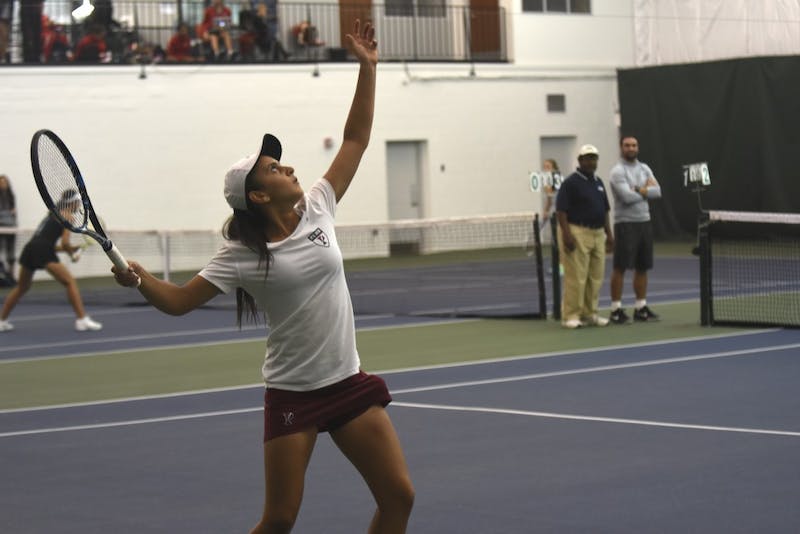 Photo Gallery | This Weekend in Sports

This weekend in sports included home games for Field Hockey, Volleyball, and Women's Tennis, and an away game for Penn Football. 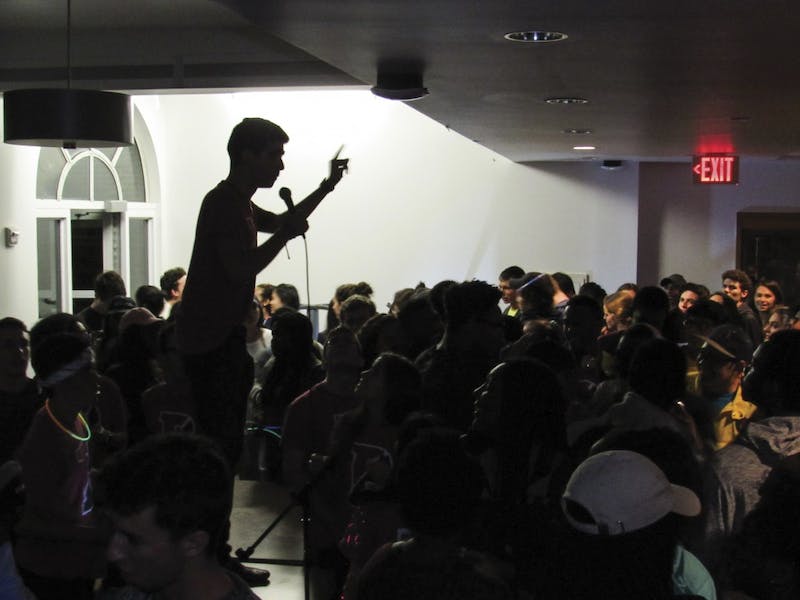 Last week was an eventful one on campus.Continuing the tradition, freshmen participated in Econ Scream, the annual party ringing in the first economics midterms of the year. Later in the week, the Black Wharton Undergraduate Association hosted the Howard E. Mitchell Memorial Conference, the COO of the NBA as a keynote speaker. Check out some of the DP's photos from these events.Photos by John Ortega and Sam Eichenwald 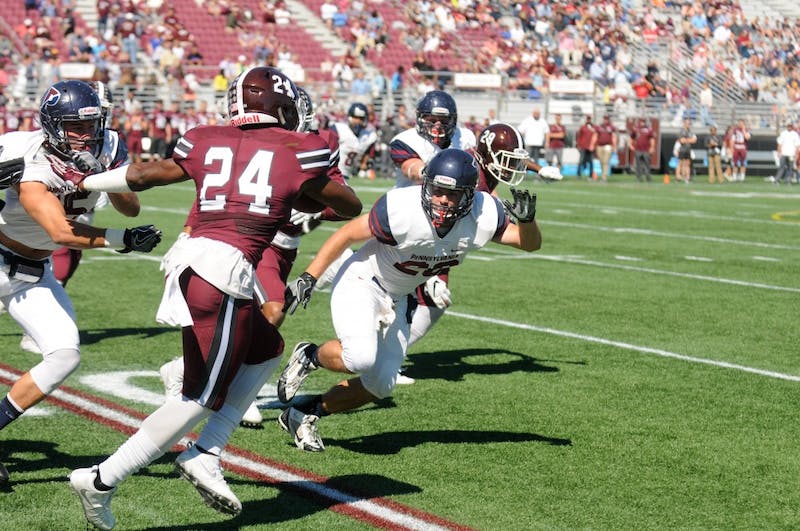 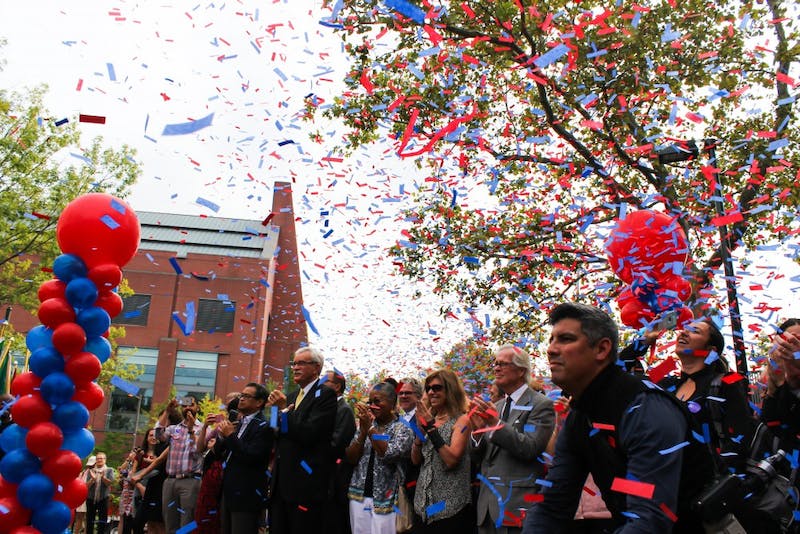 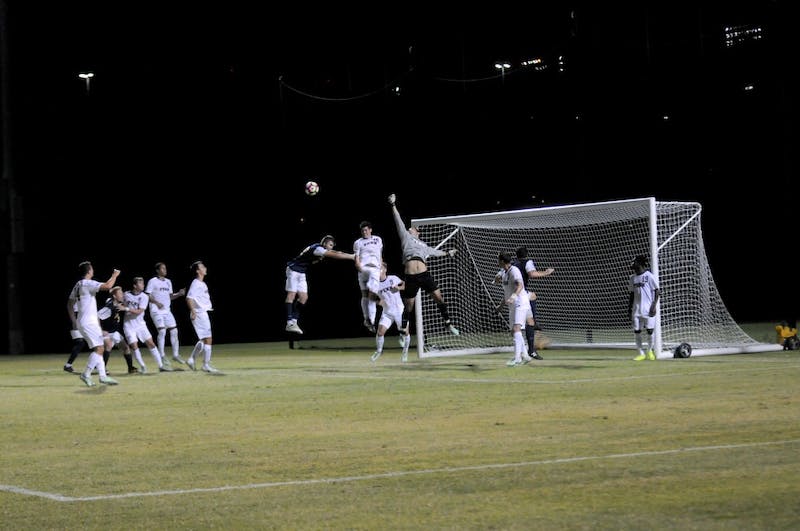 Penn men's soccer earned their first win of the season in dramatic fashion on Saturday night. The Quakers beat La Salle 1-0 courtesy of a last-gasp, 108th minute goal by freshman Sam Hefter. The team improved to 1-1-3 on the season so far. 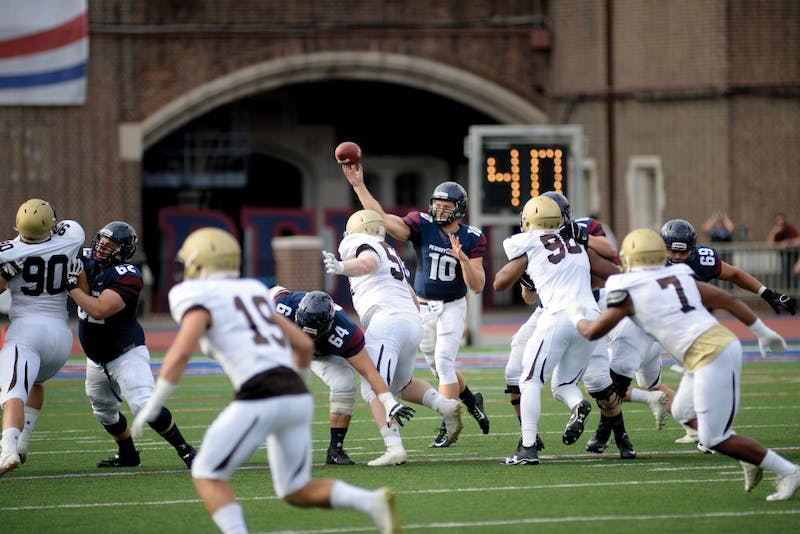 This weekend Penn Football played it's season opener against Lehigh at Franklin Field. Although the the two teams were tied at the half, 28-28, the Quakers fell to Lehigh 49-28.