President Barack Obama came to Philadelphia Tuesday afternoon to deliver a speech to a packed crowd in support of Democratic presidential nominee Hillary Clinton. He discussed equal pay for equal work, the burden of student debt and emphatically denounced Republican presidential nominee Donald Trump. When the crowd booed Mr. Trump, President Obama responded with his now famous quip, “Don’t boo, vote!” There were also serious elements to his speech, as he referenced his old slogan (“Yes, we can”) and mentioned that this may be the last time he visits Philadelphia as the President. 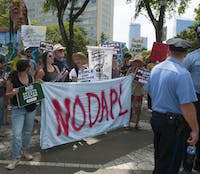 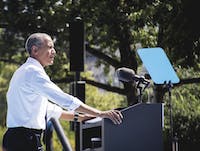