On the eve of election day, Independence Hall's bells welcomed spectators as they filled Independence Mall for one final star-studded rally for Hillary Clinton. For her final push in the Keystone State, the Democratic presidential nominee didn't hold back. Rocker Jon Bon Jovi kicked off the event, highlighting Clinton's bipartisan appeal by reading a Republican voter's open letter in her support. Later, Bruce "The Boss" Springsteen made his case for Clinton before introducing her daughter and husband, Chelsea and Bill Clinton, who in turn introduced First Lady Michelle Obama.

The evening reached a crescendo as President Obama followed his wife and made a passionate appeal for Pennsylvanians to vote for Clinton (as well as down-ticket candidate for US Senate Katie McGinty). Finally, Secretary Clinton herself took the stage to loud applause. In the final hours before election day, Clinton urged voters to choose her. 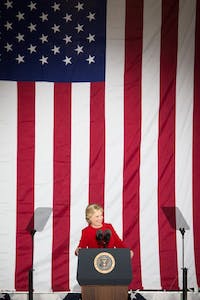 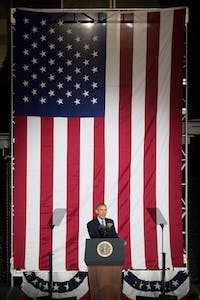 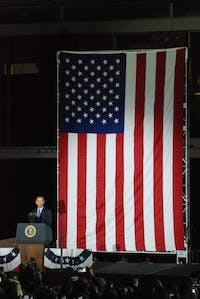 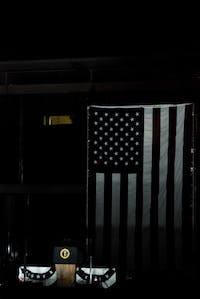