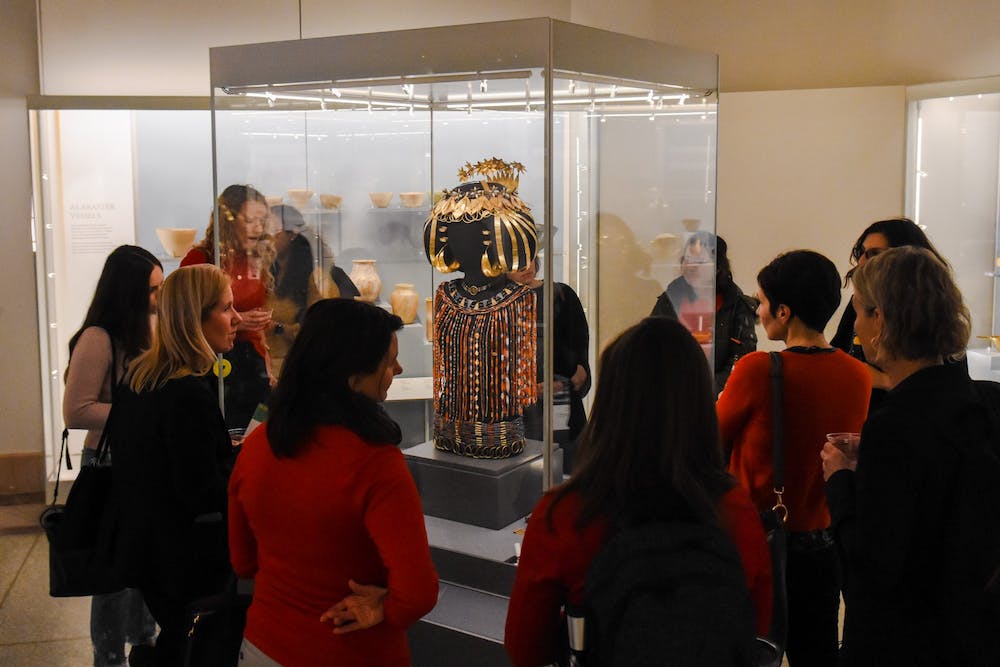 On Feb. 13, the Penn Museum hosted its first Galentine's Day celebration with activities, performances, and exhibits that centered around empowering female figures. 2020 is a notable year for feminist history, as it marks the 100th anniversary of the 19th Amendment.

Buttons with feminist and Leslie Knope-inspired quotes were given out.

Volunteers from Rock the Vote helped people register to vote and informed them about the upcoming election.

Tote bags promoting Emma, a film inspired by the Jane Austen novel, were given out.

One of the activities was making ancient perfumed oils.

Students in ANTH351 researched female figures of the Penn Museum and wrote biographies to be included in the scrapbook activity. One of the students, College junior Maria Murad, volunteered at the event.

Florence Shotridge was one of the figures highlighted.

People posed at the photo booth with the option to use props from the television show Parks and Recreation.

Many of the event activities were hosted in the Egypt Gallery.

The Badass Women of the Penn Museum Tour met in front of the sphinx, led by a Penn graduate student.

People were able to spend time looking at artifacts, such as these from the Tombs of Ur.

About 50 people watched Carney’s first performance of the night.