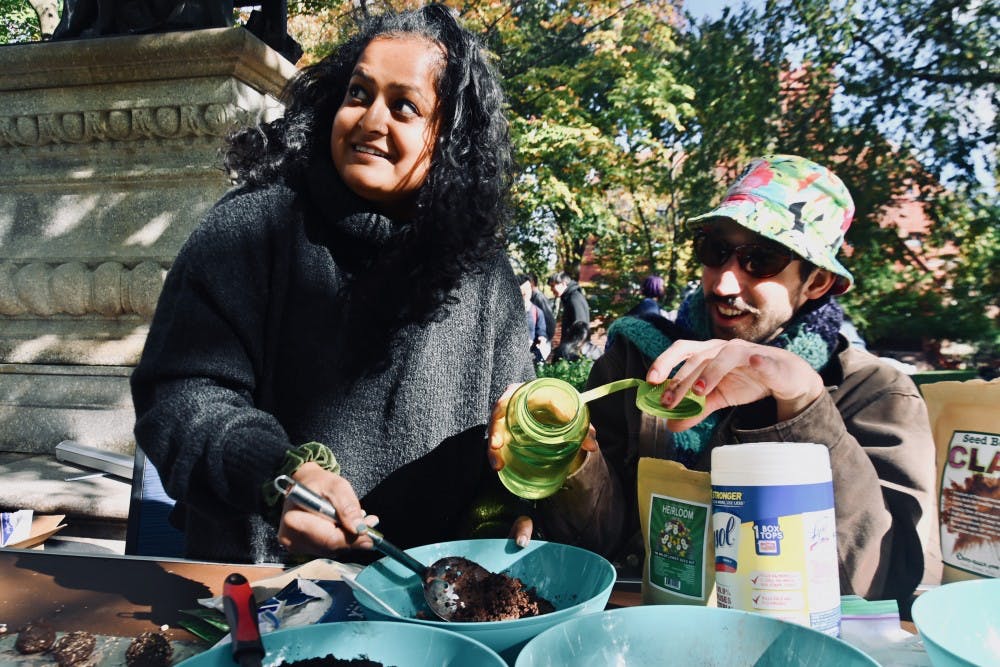 Various environmental groups under the umbrella group Student Sustainability Association at Penn gathered on College Green this past Friday to host Greenfest.

Many groups in SSAP had booths at Greenfest.

Visitors could try a variety of honeys.

Students enjoyed getting to learn more about Penn's environmental groups.

The Penn Outdoors Club had a grill where people could roast s'mores.

Penn Outdoors Club made sure to provide vegan options for s'mores.

Students who signed up at the Sunrise Movement's table will be contacted later to help plan for the next Climate Strike.

The seed bombs were made of soil, clay, water, and various plant seeds.

Students enjoyed different outdoor activities along with the various activities housed at each booth.