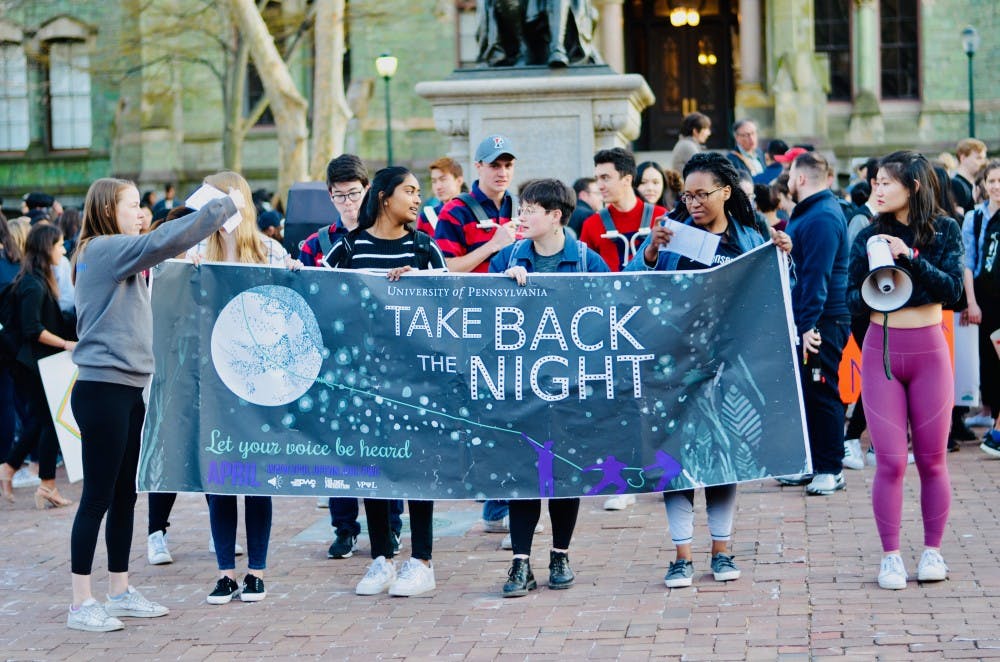 After a rally on College Green, attendees marched around Penn's campus with signs.

On April 4, hundreds of students, faculty, and peers gathered for Take Back the Night, an international movement and protest against sexual assault, domestic violence, relationship violence, and all other forms of sexual violence.

The event began with a rally on College Green, with a performance from the Drexel African Fusion Dance Team and opening remarks from College senior Kara Hardie, chair of Abuse and Sexual Assault Prevention.

This year’s keynote speaker was Sonalee Rashatwar, an award-winning social worker, sex therapist, adjunct lecturer, and grassroots organizer based in Philadelphia. Rashatwar spoke about her experience with sexual trauma and abuse and the importance of including marginalized groups in discussions about sexual violence.

Following the keynote, supporters began their march around Penn’s campus. The marchers made their way from College Green toward 40th Street. Afterwards, they turned around and walked down Locust Walk to Houston Hall. To conclude the evening, a survivor speakout took place in Bodek Lounge with a debrief following the event at the Penn Women’s Center.