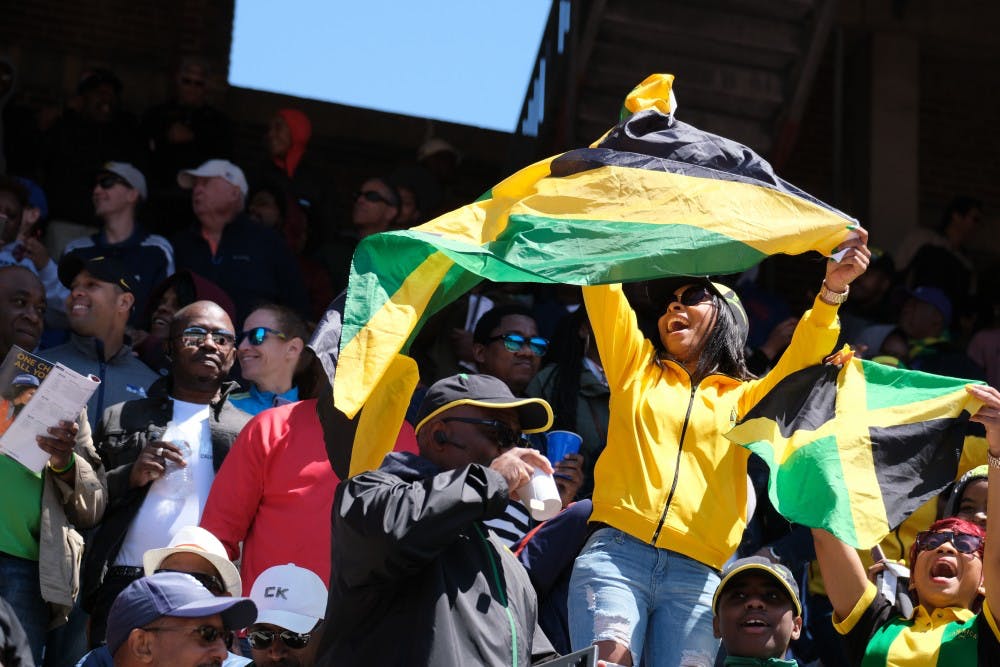 The 125th running of the Penn Relays pulled athletes and fans from across the world to Franklin Field from Thursday to Saturday last week.

Despite the overcast skies on Thursday, fans cheered on the multitude of high school and college athletes. The highlight of the day was the College Women's Distance Medley, in which Nia Akins, Uchechi Nwogwugwu, Melissa Tanaka, and Maddie Villalba comprised the first Ivy League women's team to win a Championship of America event.

On Friday, the rain came. Athletes found wherever they could to hide from the storm. From David Rittenhouse Laboratory hallways to the alcoves surrounding the School of Engineering and Applied Science quad, teams found shelter from the downpour and the lightning. Events were subsequently delayed and moved, with some even running on a simultaneous cycle.  "Most fans seemed hesitant to come back, but a brave few returned."

On Saturday, blue skies appeared. Getting to 33rd Street alone was an issue, as police patrolled and security appeared stressed. Franklin Field began to fill up for the events of the day. The USA vs. The World events dominated the scene, with fans showing up to support their favorite countries. The roar of the crowd enveloped the stadium, as each round from the starter pistol seeming only to amplify the cacophony. Fans engaged not only with the national athletes but with college and high school athletes as well.

Victory was always celebrated, although often the team mattered less than the accomplishment. Viewers seemed more intrigued by demonstrated ability than by the name on a jersey, and fans honored those all who managed to inch out the competition.