This is probably the last time I can swear in a headline, right? 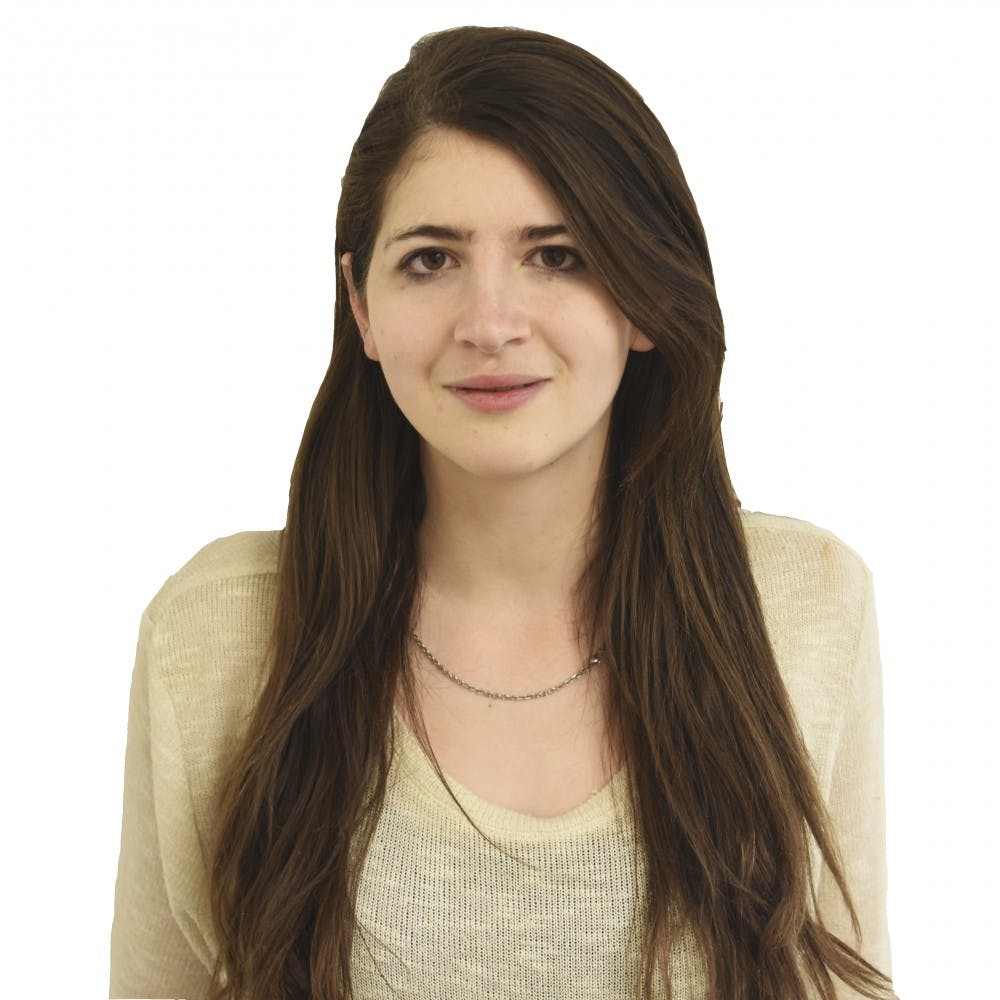 On the second night of my freshman year, I shivered in a crop top on a frat house porch while a guy I’d never met debated whether I was hot enough to be allowed inside. I watched him watch me and felt sweat dribble through the layers of my foundation, my face twisting while I bit my cheeks to look skinnier. A male friend I’d come with nudged me. "You should have worn something sluttier," he whispered. By the time I actually entered the house, I wanted to throw myself away.

I thought this was normal. I had never been to a college party, let alone seen a frat house in real life. I thought The Ratio, and the way I wasn’t allowed to pour my own drinks, and the random men who wriggled through damp basements to palm my hips, and the way I’d feel when I got back in my room in Kings Court and listened to the beer slosh in my stomach, like I’d been dumped in sour milk — I thought it all was just part of college life. This was Penn; I was lucky to be here. I had gotten into my dream school. I was Living The Dream.

I stayed silent for two months. Then I started talking about frats at the place where I talked about everything else: the DP. I was surrounded by people who were older and smarter and more fed up with Penn than I was, and they gave me a space to write and think. I had a column. I used it. I wrote a piece about The Ratio, and even though I’d been writing weekly since NSO, it was after then that people would start coming up to me in Commons and call me “The DP Girl.” Not the most flattering moniker, but hey, I’ll take it.

The DP enabled me to be angry. And vulnerable, and funny (well, almost funny), and pensive and kind, but what I needed most freshman year was the ability to call bullshit. I was a campus tour guide; I loved, and still love, Penn, and I woke up on my plastic twin mattress feeling grateful to be here. But I also saw a campus steeped in classism, bigotry, and sexism. Eight months into my freshman year, I was sexually assaulted. After that, I started to see how my trauma fit into the context of male entitlement and rape culture at Penn — from the frat guys who gawk at women from couches on Locust to the ones who host, attend, and target girls at parties.

I was scared to come back to campus in the fall. Penn didn’t feel safe anymore; Penn couldn’t be home. And then I got an email during NSO saying that I’d been hired as the Features Editor of 34th Street. I started crying in the self-checkout line at Fro Gro. I had a new purpose now. I had a place.

Street has meant everything to me. It has been my family and my shelter, the place where I have grown the most. It gave me some of my closest friends, my best memories from college, and a group of badass female role models (hi, Alex!). More than anything, Street gave me my self back. When I didn’t know who I was, when I struggled to navigate the impact of my time here, Street reminded me that I’m at my best when I work with words. I had to focus; I had a job to do. And I was rewarded for being good at it.

When I became Street’s Managing Editor, I became a fanatic about details. The color of a pillowcase. The lilt in someone’s voice. The money shot: "So and so declined to comment." The right details can make or break a piece, and by paying attention to the tiny, sharp, cinematic details of this campus, I didn’t just learn how to edit: I learned how to live. When I picture happiness at Penn, I picture my chair in that cramped, crumb-crusted, overheated Stroffice, tossing around headline ideas with Orly until we find just the right turn of phrase.

To everyone who has read Street over the years: thank you. Every comment, every time you pulled me aside at Smokes’ to talk about the latest issue, and every moment of getting waaaay too excited about being quoted in Overheards are what’s kept me going. Penn is frantic and weird and takes itself too seriously, and I’m glad we got to capture this place in all its absurdity.

To the DPeople who have been my support system — Jen, Alex, Mikaela, Orly, Carter, Saumya, Annabelle, Angela, Sab, Brandon, and so many others — I love you all.

To the people who have been my sources through these long four years: I’m so grateful. Thanks for answering all my weirdly specific questions.

And to those who trusted us with your voices for our sexual assault issue: thank you. I will spend the rest of my life fighting for these stories to be heard.

DANI BLUM is a College senior from Ridgefield, Conn., studying English. She served as the managing editor of 34th Street Magazine on the 133rd board. Previously, she was the 34th Street Word on the Street editor, Features editor, and a DP opinion columnist and video staffer.