Shilpa Saravanan | The false dichotomy between work and play 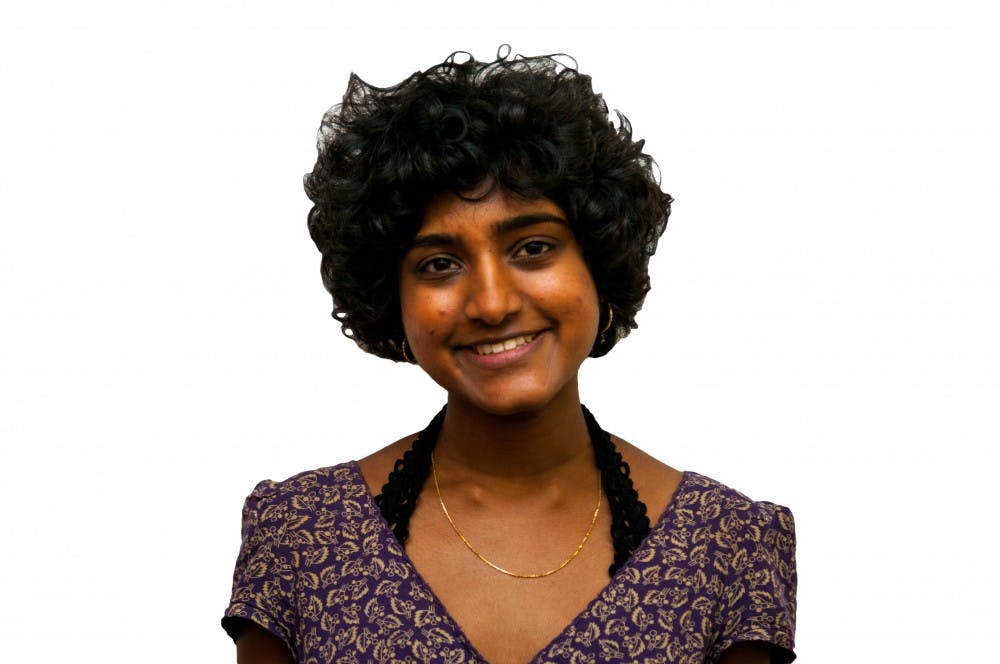 The change.org petition that famously (or perhaps infamously) made the rounds on Facebook Sunday night — entitled “The Ability to Have a Social Life at Penn” — has 2,380 supporters at the time I write this.

Other Penn students have addressed this petition’s myriad flaws elsewhere on the Internet, more eloquently and in more detail than I can — but here’s a quick (incomplete) rundown. Its very existence shows just how distanced 2,380 Penn students are from the fact that people besides themselves (adults, families and fellow students alike) live in West Philadelphia. With a certain amount of condescension, it implies that if we have fond memories of Van Pelt, we’re not doing college correctly. And perhaps worst of all: It name-drops Penn’s ongoing mental health crisis in a blatant attempt to be topical, but it utterly fails to see that, for a significant percentage of the campus population, Penn’s “work hard, play hard” culture — a culture controlled by and perpetuated by Greek life — actually exacerbates anxiety and depression.

If none of those points make sense to you, then maybe the circles in which you move are too homogenous. Branch out, and then try again to understand why so many students have come out so strongly against the petition — understand that your definition of “a social life” isn’t universal, and that some people feel more unsafe at large, anonymous frat parties than you might feel walking down Chestnut at 2 a.m. on a weeknight.

All this has been said before, and it is valid. Here, though, I’d like to address the root of the entitlement that’s been on full display over the past few days. The petition’s entire argument is fundamentally based on the assumption that “work” (weekdays, difficult professors, academic rigor) is something entirely distinct from “play” (weekends, fun, friends, “real life”).

The land of overwhelming opportunity

Yearning for a simpler club

In short, if we spend most of our week with our noses to the grindstone, then we “deserve” to a chance to let loose afterwards. Had it bothered to consider how the wider Penn population enjoys their weekends, it would have been a fair point.

But this feeling — that because the work we do is so intensely distasteful, we’re entitled to a similarly intense release from it — leads to an unfortunate cycle. The bleakness of the situation is best described by an English shepherd, James Rebanks, in his book The Shepherd’s Life:

“Modern life is rubbish for so many people. How few choices it gives them. How it lays out in front of them a future that bored most of them so much they couldn’t wait to get smashed out of their heads each weekend. How little most people are believed in, and how much [life] asks of so many people for so little in return.”

This distinction we make between “work” and “play” is an artificial one, and it’s one that’s become increasingly pronounced over the past century, as jobs have become more and more specialized (and thus more and more routine). For someone whose job is ancient, has no set hours and has seen no degree of specialization — for someone such as Rebanks — ”work” and “play” need not be completely separate, diametrically opposed concepts. We in modern Western society like to place activities in one category or the other (answering emails is “work,” hiking is “play”), but for Rebanks, this dichotomy is mostly false. It’s all (good and bad, tedious and fun) part of life.

Though some of us certainly have one foot in the professional world already, nobody’s quite there yet. We’re still insulated (if only by a year or two) from the world in which jobs really can be so boring that we need to differentiate “work” and “play” so clearly — after all, “work hard, play hard” persists as a motto. But it’s also important to acknowledge that joy and fulfillment can and should be found in the free, relatively unstructured mess that is academia, while we have the chance.

The petition at issue is poorly argued and out of touch, but the idea that we are entitled to this kind of social life didn’t start with those who wrote and supported its message. It’s systemic, and it won’t be fixed unless we realize that the sad distinction between “work” and “play” doesn’t quite exist in college, and that we shouldn’t buy into it. While this petition doesn’t argue anything of substance, it certainly reveals something about the self-centered, misguided set of notions held by all too many students at Penn.