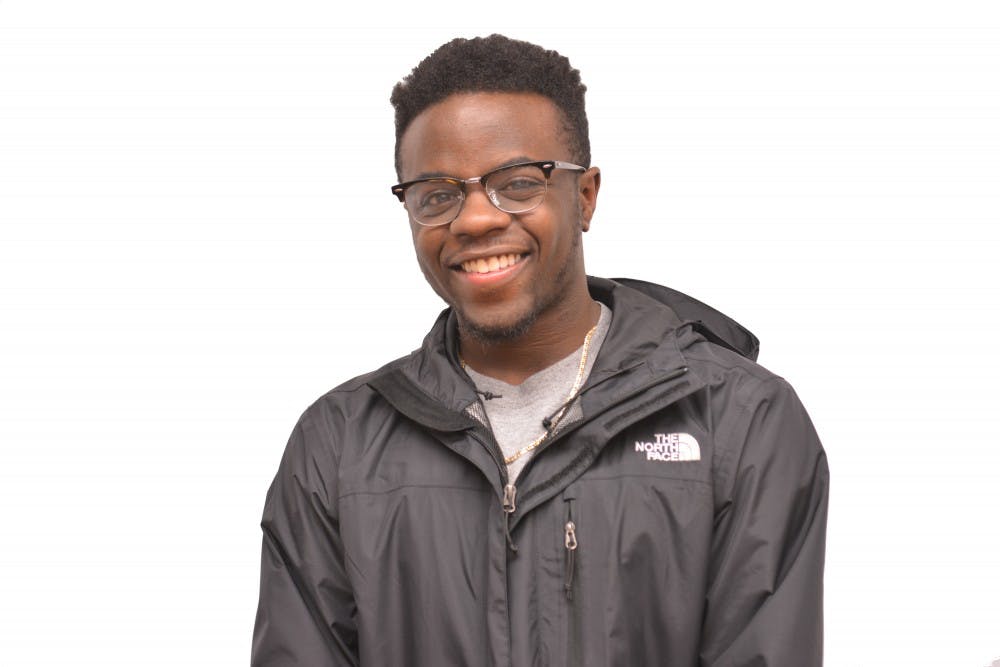 Whenever I find myself walking on campus I do my best to have an item that is related to Penn with or on me. One day last year I was walking home from practice, and as I passed a tour a woman who had seen me walk by blurted out, “Are inner city people always allowed on Penn’s campus?” Shocked and confused, I turned around to a number of uncomfortable stares from a crowd of unfamiliar faces. No one defended me. It was just me, and I was stuck in the middle of Locust Walk defending myself.

I really wish I could agree with the premise that if we give hateful and hurtful speech on campus a listening ear, opposition to it, rather than support, will grow. However, during my time at Penn I have found quite the opposite to happen.

Last weekend, Nazi flyers were posted around campus stating that we, as a university, must “stop the blacks” and “join [the] local Nazis.” And while I commend and respect the student and administrative response to this incident, it is time for us to realize that those who avidly defend the right to hate speech are usually never those who are victimized by it, nor given the task of disproving its claims.

After having to manage being a student while being threatened with lynching and trying to figure out how to walk to class without passing preachers that think it is a sin to be black, I’d be lying if I said that I’m not a little tired of the environment we have set up that gives hate speech an opportunity to flourish. We’ve all seen how much proponents of hate speech, such as the preachers, thrive from opposition and attention, and because of that we should be investigating ways to make Penn’s environment infertile to those who seek to plant hate on our campus without violence.

Masculinity is more than a mask

A system can never work for those it was never designed to protect, and I’ve found that, as Penn students, we ignore the voices of minorities until it’s too late. When conservative speakers are uninvited from events or bigots are jeered at, such actions are not the antithesis of free speech, but rather free speech in action. And while an open environment of discourse is idealistic, in the real world some ideologies quite frankly do not deserve a pedestal.

While each and every voice on campus is tied to an ideology and a set of personal interests, convincing the hearts, minds and positions of people on campus has always been dependent on those same interests.

In a time of student protests from Middlebury College to the University of California at Berkeley, it’s important to draw lines between free speech and speech tolerance. Certainly, leaders that voice unpopular opinions face harsh and mass criticism, but that’s the essence of free speech, not the death of it. But with regards to speech that directly targets the humanity and rights of minorities that have been vehemently degraded and restricted throughout our history, things are different.

When it comes to minorities, free speech has felt like our biggest safety net and biggest peril, as day in and day out it proves to be an unreachable battleground of ideas rather than a marketplace of sensible thought. In the last year, students have been threatened with lynching, been forced to walk past Nazi propaganda and the rights and humanity of LGBTQ people has been openly questioned in opinion columns.

Through it all, we are expected to rise up and defend ourselves without exception through opposition and somehow accept that the viewpoints that openly advocate against our humanity still deserve an odd form of respect. So while we are arguing that every viewpoint deserves the opportunity to speak for itself, what steps are we taking to make Penn a space that diminishes hate speech rather than welcomes it?

I am not arguing for a reconstruction of the Bill of Rights or our University’s Guidelines on Open Expression. I am asking that we evaluate whom it truly protects. As we sit back and wait months for opposition towards hate speech to gather rather than defend those it so openly attacks, we push the mental state and security of minorities to the brink until things go “too far” and lives are directly threatened. Today and everyday I ask us to evaluate our role in debunking hate speech on campus, and if we truly care about making Penn as unwelcoming to hate speech as it is welcoming to open expression.