Editorial | What we'd like to see from Penn's next Provost 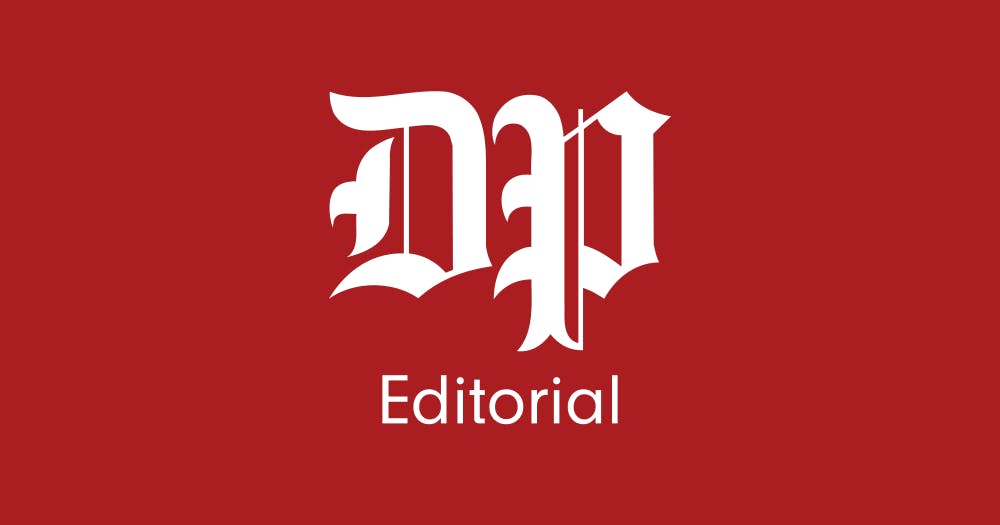 As Penn President Amy Gutmann announced on Dec. 2, Penn Provost Vincent Price will be departing the University on July 9 to assume the presidency of Duke University. The Daily Pennsylvanian commends Price for his years of service to the University and congratulates him on his appointment to this prestigious position.

Price assumed the provost role on Jan. 1, 2009 after serving various roles at Penn, including as associate dean of the Annenberg School for Communication and chair of the Faculty Senate. As provost, he distinguished himself by being a guardian of free expression amid heightened campus tensions across the country, an advocate for faculty and a decent rap stylist during his introduction of commencement speaker Lin-Manuel Miranda last spring.

Price’s departure from Penn and the selection of a new provost represent an opportunity to alter the focus and character of the University’s top-level administration, an opportunity that we believe should not be wasted. Specifically, the transition process represents a chance to take a major step toward addressing the widespread complaint among Penn students at both the undergraduate and postgraduate levels that top administrators are too far removed from students’ lives on campus and are either unaware of or unresponsive to their priorities and concerns.

It is certainly true that student life, in general, is not the “be all, end all” of the University’s purpose or the provost’s job. We believe, however, that attending classes, conducting research, engaging with faculty members and participating in extracurricular activities — the essence of a student’s daily existence — form the core element of the University’s mission. It is therefore essential that someone within the highest echelon of Penn’s leadership be focused full-time on these issues.

By her own rhetoric and practice, Penn President Amy Gutmann has defined her priorities in outward-facing terms, focusing prominently on engagement with the “local, national and global” communities beyond Penn’s campus. Although this approach certainly enriches the campus community in many ways, it does leave certain aspects of life at the University under-addressed at the top level of the administration.

We would therefore like the new provost to play a role within the community which complements Gutmann’s, focusing his or her attentions primarily inward, toward the myriad challenges and opportunities arising from learning and teaching at Penn.

We call upon the consultative committee announced last night tasked with selecting Price’s replacement to take into consideration these qualities in evaluating his potential successors. In our eyes, an ideal candidate would have a demonstrated record of engaging with students and faculty on a personal level. He or she would have been a well-liked and well-known campus presence in their previous role; someone whose name, face and character were well known to students; whose attendance at campus events both formal and informal, official and not, was routine and to be expected.

He or she would have been a trusted and familiar voice in campus dialogues, someone whose communications were received as informed contributions from a valued community member, not as form letters from a distant potentate.

An ideal candidate would also wholeheartedly and enthusiastically embrace the academic nature of the position of provost. He or she would have a record of service that demonstrates an appreciation for and belief in the traditional academic values of inquiry. He or she would have a strong record as a teacher and researcher and a proven understanding that an administration’s proper role is not simply to elevate and perpetuate itself, but to support and enable the academic enterprise to the best of its ability.

A commitment to continue Price’s signature “Campaign for Community” initiative, which aims to facilitate on-campus conversations about difficult and critical social issues, would be a promising sign of a candidate’s respect for these academic values.

What Penn needs in a new provost is an academic administrator in the truest sense — a committed scholar dedicated to both serving the community wholeheartedly and being a prominent and present figure within it. We ask for a provost who will promote both discourse and community. We ask, in other words, for a provost who will know and be known to students, neither a tyrant nor a parent for the small town that is our campus, but a mayor.