Alec Ward | Nothing to be proud of 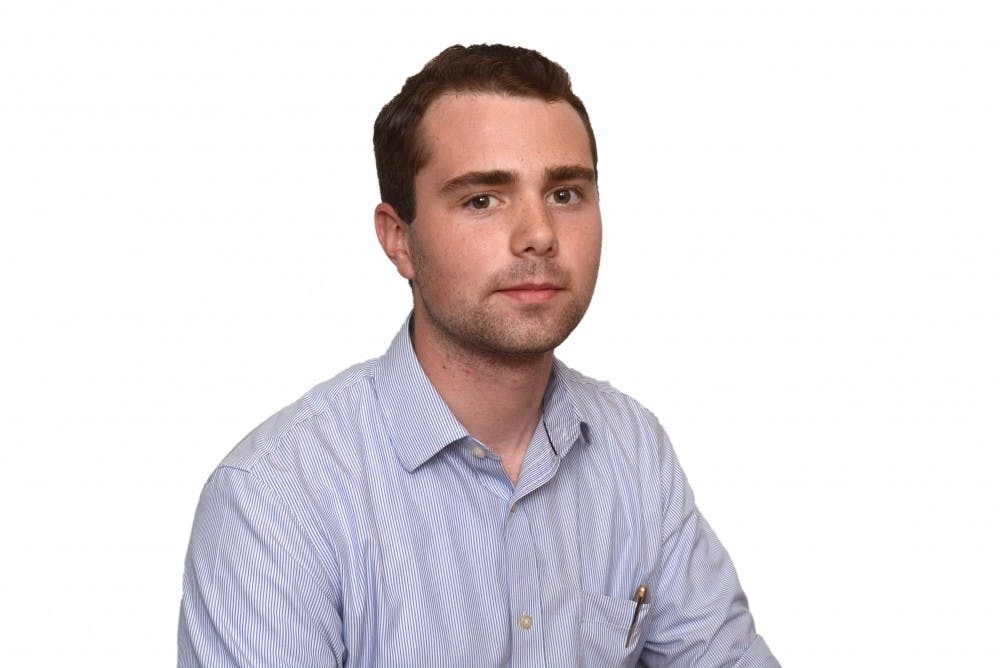 The Summer Pennsylvanian reported late last month that Penn’s “yield rate” — the percentage of students who are offered admission to Penn who accept that offer — reached a record high this year at between 68 and 69 percent.

It would be easy to read this record-setting as a triumph for Penn and a marker of the University’s success in appealing to top students across the country. Indeed, Penn Admissions and the University public relations team would likely prefer that it be read this way by everyone.

Unfortunately, however, the high rate requires a somewhat more cynical analysis than that. As with so much related to the cutthroat world of undergraduate admissions, all things yield-related are not quite what they at first seem.

Ask the Admissions Office what accounts for the high rate this year, and they’d probably tell you that they’ve worked hard to make more graduating high schoolers aware of the joys and benefits that Penn has to offer. Indeed, this is more or less what Dean of Admissions Eric J. Furda told the SP for the news article announcing the record. “In an email ... Furda credited the effort during Quaker Days and the Multicultural Scholars Program combined with the Impact Beyond Campus initiatives as one reason for the high yield rate,” the article said.

Technically speaking, this is very likely true. Penn Admissions does work hard to make itself attractive to high-achieving prospective freshman. But saying that these efforts account primarily for the record-setting acceptance rate this year is sort of like saying that Barry Bonds set the record for home runs because he lifted a lot of weights — there’s something else going on that isn’t quite so savory.

In Penn’s case it’s not steroids, but binding early decision contracts that are juicing the numbers. When one reads that Penn’s yield rate is 69 percent, it’s automatic to assume that better than two in three students who were offered admission to Penn chose to come here over other schools that accepted them. But this isn’t the case.

To see how Early Decision inflates the yield rate artificially, consider last year’s freshmen, the Class of 2019. That year, Penn enrolled 2,435 freshmen in the fall term, of 3,787 total admitted students, producing a yield rate of 64 percent. Of those students, however, 1,316 were admitted under binding Early Decision, and therefore required to enroll. Unlike regular decision admits, these students have to forfeit their chance to choose between multiple schools.

In other words, students admitted under Early Decision — 54 percent of those who ultimately enrolled — have a 100 percent yield rate. When they are subtracted out, therefore, the numbers look much different: 2,471 students were admitted under regular decision, of whom 1,119 enrolled. In other words, among students who actually had the option of choosing between Penn and another school, the yield rate was 45 percent.

Of course, considered independently, this doesn’t much matter. Early Decision students, after all, do “choose” Penn in the sense that they voluntarily agree to enroll if accepted.

When taking the incentives associated with “yield rate” into account, however, my apparently semantic quibble takes on greater significance. Overall yield rate — the one which includes Early Decision — is used by U.S. News and World Report in their annual college rankings as a statistical marker of school quality. For most schools, it isn’t a particularly significant metric, but for elite, highly selective schools, who all basically get full marks in the major qualitative categories, a high yield rate can make the difference between a top five spot and a top 10.

Elite schools, therefore, have strong incentives to ensure that their yield rate is high. But they also have a problem: Regular decision yield rates are stubbornly stable year to year, for a multitude of hard-to-alter reasons. For Penn, it hovers around 50 percent.

An easier way to boost yield rate, then, is to admit a greater percentage of each incoming class through binding programs like Early Decision. The more slots Penn can fill with 100 percent yield students, the fewer students it has to admit regular to reach its desired class size, boosting both selectivity and yield.

This is why so many top schools admit large portions of their classes via early decision, and there are good reasons to be concerned. Though the early decision applicant pool is getting more diverse, early decision applicants remain, in the aggregate, far more homogenous, geographically, racially and socioeconomically, than their regular decision counterparts. Furthermore, there are — understandably — far fewer of them. For the Class of 2019, Penn filled 54 percent of the class from a pool of just 12 percent of the applicants.

The result of this perverse incentive structure is unfortunate. If we, as a community, would wish for our incoming classes to be truly composed of the best students Penn can find, rather than the elite few who serve the University’s self-promotional needs, then we ought not to celebrate our yield rate.