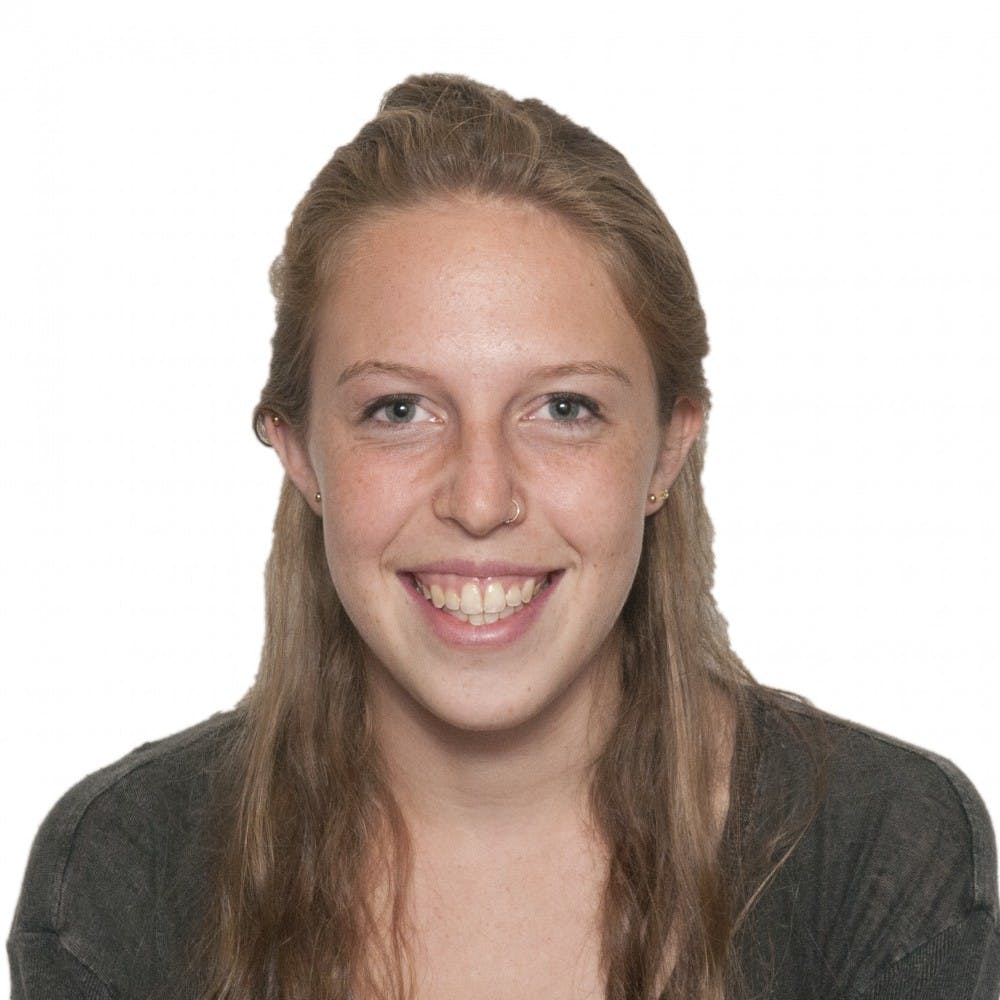 Writing and tweeting: two areas I should have learned to love and excel in after four years at the Daily Pennsylvanian but yet, I do not.

Have they improved over the course of my time at the DP? For sure. And that’s enough. If we only spent time doing the things we were already good at, what would be the point?

If you weren’t challenged or pushed to your limit in the past four years, you did this whole college thing wrong.

It’s what we do when we are faced with those uphill battles that define us as people and push us to change and grow.

For me, DPOSTM has been certainly done that at many moments, and, as a result, I am a better person for it.

But really at one particular moment.

And when I almost let it defeat me, some wise people at the DP convinced me I was strong enough to keep going, to stand by my words, and they were right.

Being a part of this department has not only improved my writing skills and enhanced my familiarity with the music of Taylor Swift and Two Chainz, but also offered me an avenue to learn about and engage with this place we called home for four years.

Plus, it’s really fun. You get to sit at the finish line for Penn Relays and remove oxford commas from writing and get to know a group of people you never would have otherwise. Plus, in what other circumstance would you take half the journalists in the department to New York, to attend as fans, but not cover, Columbia’s homecoming game because the Lions’ coach used to be our coach then retired and then unretired to leave West Philadelphia for a school whose sports facilities are a subway ride away, then sprint across New York City to catch a bus because of unforeseen “train traffic.”

Can you imagine a more apathetic sports school than Penn?

We found it. It’s called Columbia.

Through the general Red and Blue indifference to Penn Athletics, my time spent on 33rd street have become some of my best memories. And yes, I like math, it’s my minor, so you might think I mean DRL, well I don’t. The Palestra, Franklin Field, Rhodes, Hutch (well it’s not called that anymore but the new name is a bit less catchy), have all become a familiar backdrop for both excitement and disappointment.

Covering games might have first brought me to Penn sporting events, but it is not the only thing that kept me coming back.

They are really fun. I promise. 33rd Street is really not that far. Just go.

Despite my own hatred of writing, a community that, on the whole doesn’t care about its sports teams, and a gender disparity that still very much so exists, I kept with it, through those around me questioning and being confused why I spent so many hours doing this.

“If you don’t like to write, then why, on top of school, do you write for the DP?” The answer: though the written words are the medium, the point is to tell a story and that is what I love.

The writing, though what everybody focuses on, is simply the last stage in the creation of the story. Behind the scenes, the story ideas and the interviews are the bulk of the time and effort in writing a good article.

I am a girl. I like sports. Get over it.

Once again, go to the games. I bet you’ll be pleasantly surprised how much fun you’ll have and how impressive our student athletes are. Especially, men’s soccer, gymnastics and men’s lacrosse, trust me, I’ve been to a lot of them.

My storytelling over the past four years has certainly been a journey, but I never would have made it without some help.

To athletes, I know so much about your lives and you don’t know my name. It’s okay, I pretend like I don’t know you.

Riley and Steven, it’s been the just three of us essentially forever. Sophomore me is really happy to finally be accepted in the Bro Line.

Riles, I know you don’t actually think I’m stupid and you’ll never know how happy I am you tried to teach me to tweet because look what came out of it. Also, I forgive you for giving me mono, well maybe.

To those who were mentors and helped and pushed me to be better, thank you.

Through it all I was never promoted to senior sports, never fired, just happily did my part, except for that one squash secondary beat assignment. I’m still salty.

But in all seriousness, I’ve learned and gained so much through being part of this organization that I will carry with me as I run up, into whatever the future holds.

As that future becomes more and more a reality, my fears and future challenges begin to feel overwhelming, but I know now that I know how to conquer them with determination and enthusiasm.

And even though we are long past our time in youth soccer leagues, don’t be fooled, enthusiasm very much still matters.

ALEXIS ZIEBELMAN is a senior in the College from New York, N.Y., majoring in history. She is a former staff reporter and associate sports editor at The Daily Pennsylvanian.