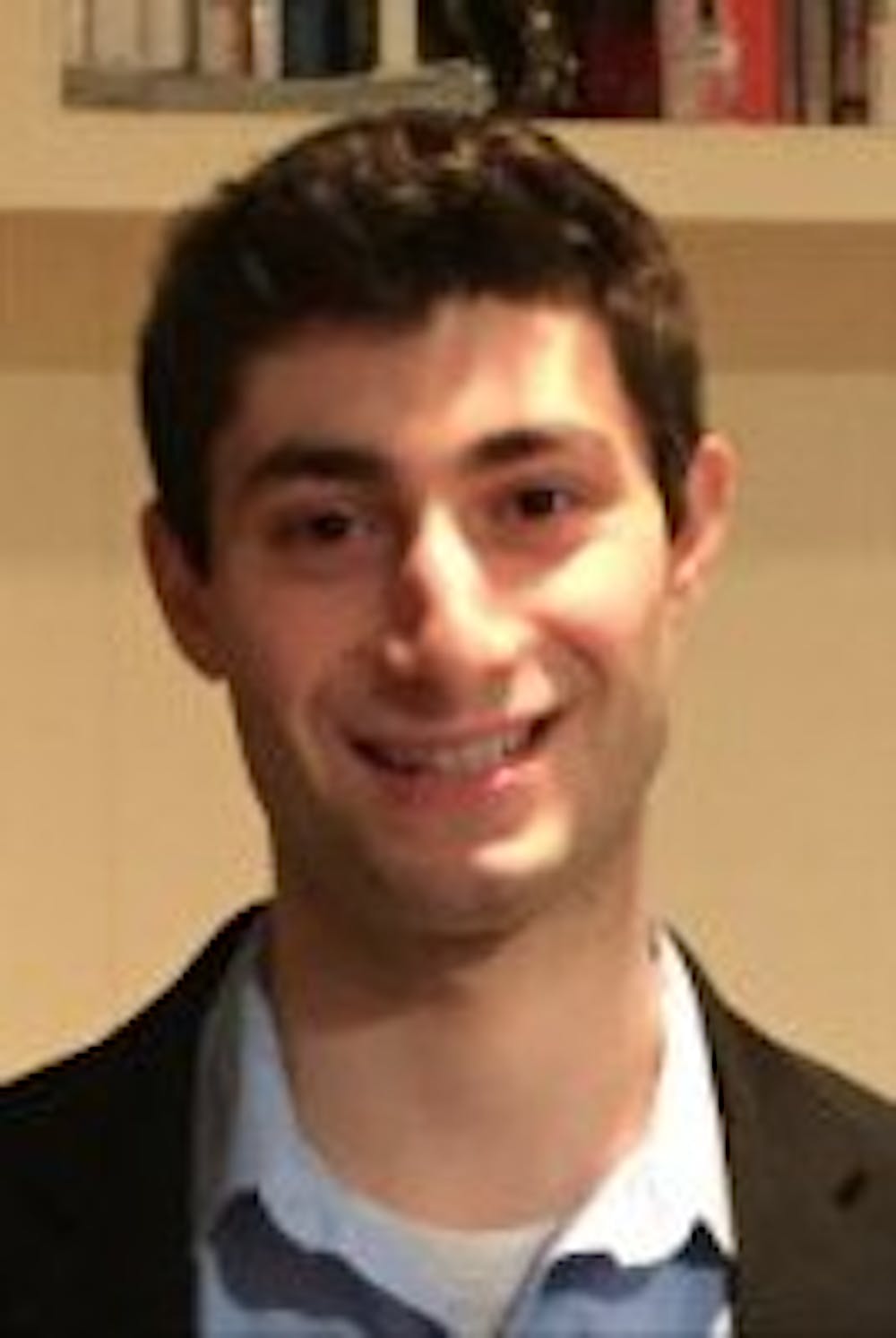 “It’s about personalizing the Holocaust,” College junior Matt Survis said. This is what Survis seeks to impart onto Philadelphia high school students as part of his Holocaust education and social awareness program, the Upstander Initiative.

After Survis’ bar mitzvah, he took part in a program that paired seventh graders with a Holocaust survivor. He formed a strong bond with his survivor, Marsha Kreuzman, who told him her story and ordered him not to let people forget about the Holocaust. Her words inspired him to create the Upstander Initiative. The program focuses on teaching high school students to be “upstanders” rather than bystanders.

“The Holocaust happened because people allowed it to happen, so this idea of being a bystander is something that is important and relevant today,” Survis said.

Survis has taught the curriculum in more than 30 high schools, and it was adopted as an official state teaching resource in his home state of New Jersey. He considers the program to be even more important in Philadelphia, since Holocaust education is not state-mandated in Pennsylvania.

“[The students] loved to talk with [Survis] and the volunteers about the issues that they have in the world and how they wish there were more Upstanders for people like them because they do feel oppressed a lot, especially with the racial disparity in the country,” Jennifer Luneau, First Philadelphia Charter High School teacher and Graduate School of Education student, said.

Anti-bullying programs and Holocaust education programs are common, but combinations of the two are not. Survis believes that this unique program can more effectively portray the significance of the Holocaust and encourage social awareness.

“This dualistic approach presents the information through a historical lens and then allows them to make the connection [to anti-bullying] for themselves but ensures that it happens,” Survis said.

The Upstander Initiative is implemented as a four-week curriculum starting with basic history and facts about what happened during the Holocaust. With certain groups, this topic can serve as a “lesson in cultural sensitivity” for the Penn student tutors.

“When we are talking about the ghettos, they have very different conceptions of what this word means,” College junior Rebecca Pritzker said. “They might recognize the word ghetto from their own neighborhood.”

During the second week, the tutors humanize the Holocaust by having the students read diary entries of teenagers who died in concentration camps. At the beginning of this session, the students are asked to write about a time that they were scared.

“It was shocking to a lot of the tutors [to see] what some of these students have gone through,” Survis said.

For the third week, a Holocaust survivor comes to speak.

In Luneau’s class, Kreuzman came to share her story of survival with the students.

“The kids already had a connection with [Survis] and they understood what had happened in the Holocaust and then there was someone that [Survis] knew. So it kind of brought it home to them a little bit more,” Luneau said.

To conclude the curriculum, during the fourth week, the tutors explain how to take action, what to do now that the students have all this information and how the Holocaust is relevant today.

“I [encourage my] students [to] study major events that shape world history and develop empathy for people in other parts of the world and, then, to feel empowered to do something to help or take action,” Constitution High School teacher Carl Ackerman said.

Luneau saw the influence of the program in her classroom soon after it concluded.

“The program made them start to realize bigger picture issues and start to talk about those things in class,” Luneau said. “Some kids immediately started to realize what was going on around them in terms of social justice.”

For the students in Luneau’s class, the Upstander Initiative was more than a Holocaust and social awareness program. The Penn tutors served as role models and reflected a positive example in diversity and attending college.

“They realized that college is diverse and college is for everyone,” Luneau said. “All of these types of people can care about the Holocaust and can care about sticking up for the underdog. It doesn’t have to be one particular group of people.”

The program provides these discussions as a gateway for the students to talk to peers they look up to about anything they are facing in their lives.

“We want them to open up to us. Any topic that they want to open up about, we are here to discuss with them,” Pritzker said.

While some of the tutors are Jewish, Survis wants diversity among the tutors and believes it is important for the impact of the program.

“The Holocaust isn’t only a Jewish thing, tons of other people were killed,” Survis said. “The lessons you can take from the Holocaust are lessons that can be applied to humanity and not just to Jews in particular.”

Pritzker, who is co-leading the program with College juniors Yoni Weider and Ben Rosenbaum while Survis is abroad, agrees with Survis.

“One of the primary targets in the Holocaust was Jews, but we really try to emphasize in the program that the lessons we are teaching are not Jewish lessons. They are universal lessons,” Pritzker said. “The idea of being an Upstander is a universal value.”