Up close and personal with the Romance Languages Department 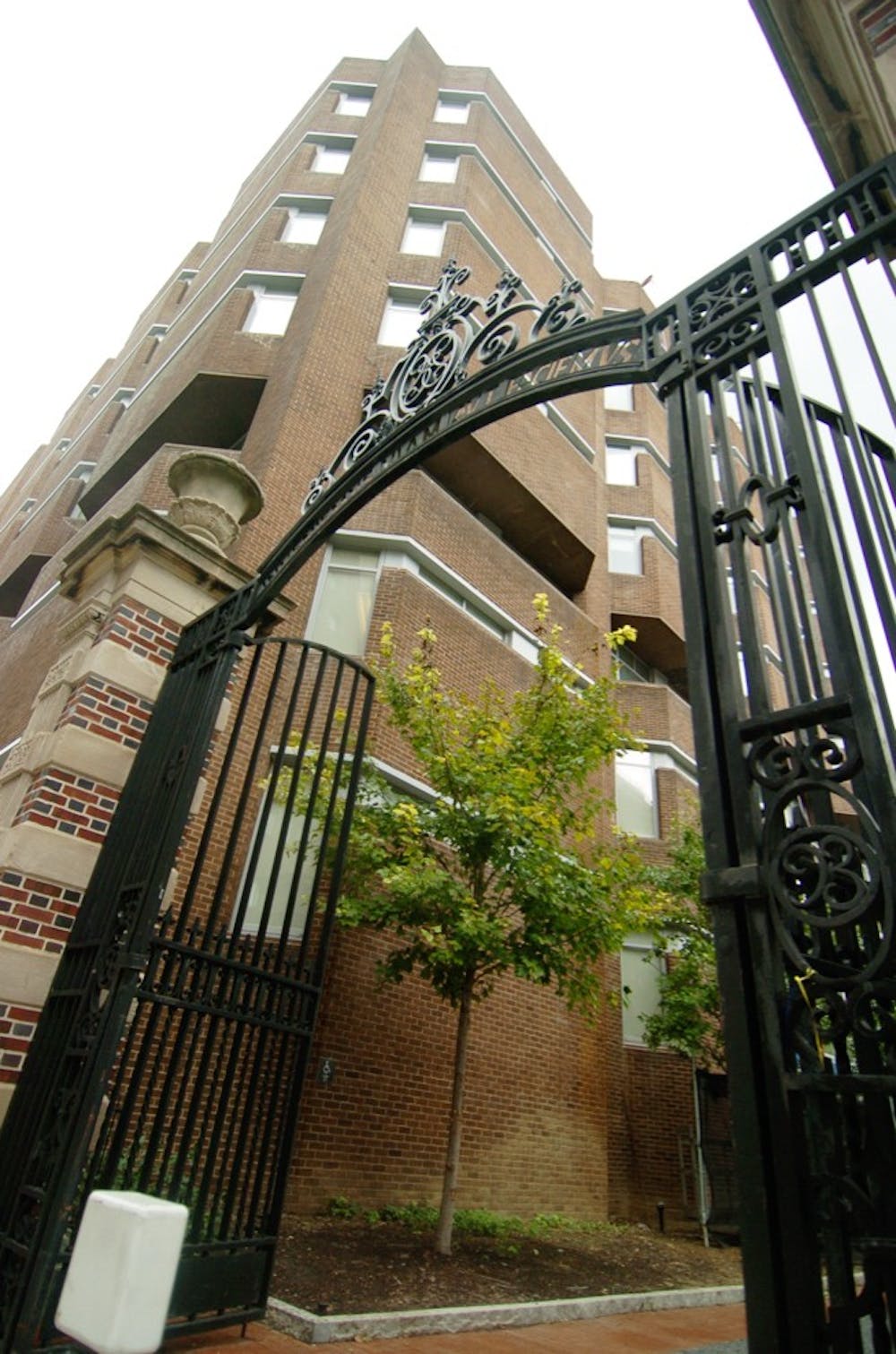 Both those reluctantly jumping through the hoops of Penn’s foreign language requirement and those taking up a new tongue for pleasure or professional advantage have gotten to know the mixed bag of characters in what is Penn’s Romance Languages Department.

The department’s squad of lecturers samples every kind of language specialist imaginable — from linguists and literature wonks to pedagogy experts and translation specialists. They deliver lessons daily in French, Spanish, Portuguese, Italian and Catalan to packed seminar rooms in Williams Hall. Between classes, they convert its cafe into a cozy, miniaturized Babel buzzing with multilingual chatter. Every language learner can tell you his favorites and most-feared; they range from the endearingly eccentric to the scarily rigorous to the plain awe-inspiring.

They come from all corners of the world, but indisputably common to all of them is an overpowering enthusiasm for language and a need to share it.

What follows is an attempt to cross-section the department through interviews with a few of its faces. Though this only hints at the array of personalities in the polyglot fortress that is Williams, the common passion of these lecturers is impossible to ignore.

Lenir Dos Santos has a luminous grin and a demeanor as warm as her native Brazil. Her original specialization is in translation between Portuguese and English. Before coming to the U.S. in 2000, dos Santos majored in translation in her hometown of Sao Paulo and then worked at a translation center, handling simultaneous interpretation, transliteration of contracts and even volunteer work in disadvantaged communities.

She got married and moved to America at 25 years old, first teaching Portuguese at Montgomery County Community College. Penn is “completely different from a community college” — students here are younger, dedicated and vibrant, “so it was a good transition,” she said. Dos Santos made that transition in 2010 after having her daughter, and now plays concurrent roles as parent and part-time lecturer, handling two to three classes per semester.

She said she is most fulfilled when she sees her students’ learning come to fruition. “I think the most interesting part is seeing the students at the end of the semester being able to communicate and fulfill their goals,” she said, “seeing some of the students going abroad, saying [they] used a lot of the things we did in class, seeing how much they accomplish.”

An emblematic Parisienne, Christine Moisset-Edelstein is known for her understated elegance. As course coordinator for the first two levels of French language, she is a fierce champion of language instruction and is critical of what she sees as its second-fiddle role to literature in her department.

“They wouldn’t have students if we weren’t here,” she said plainly. Moreover, she continued, it is “difficult to get ahead professionally when teaching so much — you can’t really do research.” However, Moisset-Edelstein has no intention of departing any time soon; “If I didn’t like it, I wouldn’t be here,” the 25-year veteran pointed out.

She discovered her love of teaching French after earning her master’s degree in France and coming to the United States on an exchange program. She enrolled in graduate school at Penn, eventually completing a doctorate in French linguistics. As course coordinator, a position she has held since 2000, she manages a laundry list of duties, including drawing up lesson plans, choosing textbooks, training new instructors and holding weekly meetings to incorporate everyone’s input.

“My favorite part [of Penn] has a lot to do with the department,” which has a high number of native speakers, she said. “I get to speak French every day with my colleagues,” she continued. “I would not work at a smaller institution where I would not speak my language.”

When asked to recall her professional trajectory, Kathryn McMahon doesn’t know where to start. The Director of Language Programs, she has been at Penn since 1977, and she has had the chance to see her discipline radically evolve in that interval.

“When I first started teaching, there were more literature courses,” McMahon said, whose specialization is in medieval French literature. “Over the years, I grew interested in language pedagogy,” she said, and only “in the late 70s and 80s ... it was coming into its own as a field of research.”

Now in a place with vibrant dialogue on second-language acquisition, McMahon runs the three-year teaching training program that all graduate students in Romance Languages are required to complete. “All are going for a literature Ph.D.,” she explained, and “practicing to teach at the university level.”

Vanessa DiMaggio is one of the instructors under McMahon’s tutelage. She is in the first year of the teaching program and has a warning for the taciturn: She will shoehorn you from your silence on the very first day. “I make them not be reluctant,” she said of her students.

Though DiMaggio overflows with palpable zeal for Italian, it took her some time to decide to pursue Italian Studies. She originally was a “full-force” journalism major, she said, and went on to get a master’s degree in magazine writing from New York University. However, she soon underwent a “quarter-life crisis” and had to reexamine what she wanted — “I dreaded my journalism classes and always looked forward to my Italian classes,” she said of her time at NYU.

She decided to get a second master’s degree, this time in Italian Studies from Florida State University, and discovered there that she loved teaching. When looking for a Ph.D. program, she found Penn offered the most nurturing and welcoming environment. In graduate studies, a good mentor “makes all the difference in getting a job, lobbying for you,” she explained, and she found one at Penn in Dante specialist Kevin Brownlee.

DiMaggio’s own research is on Dante’s work, and she has plans to eventually teach both Italian language and literature; her plans for this summer involve tracking down a citation in an old manuscript in Milan, Italy. “I just like the experience of teaching every day,” she enthused. She gets to know her students more and more each day through Italian, she explained, by virtue of the constant interaction inherent in language learning. “The experience of that one-hour [class] lifts my spirits,” she said.

He is “by nature more of a historian than a literature scholar,” he explained, and arrived at Penn 20 years ago to teach in the Romance philology program, which has since been discontinued. Among other duties, he works with faculty to put together schedules for 219-level and above Spanish courses, he said.

The language is in high demand — there are more students studying Spanish at Penn than all the other languages combined, a trend reflected nationally, he said. Having grown up in a family of Sardinian Catalans in downtown Boston, Esposito also serves as the department’s one-man Catalan faculty. The language is a relatively minor one, spoken by roughly five million, and like any proper guardian of Catalan culture, Esposito is swift to point out its distinction from Spanish.

Henery’s infectious signature laughter is not hard for her students to identify when it rings through Williams Cafe. A part-time lecturer, Henery holds a Ph.D. in second-language acquisition from Carnegie Mellon University; her research examines how students studying abroad acquire French. “I grew up in Nebraska in a very monolingual family,” she said. “For as long as I can remember, language always fascinated me.”

She started studying French as soon as she could. Pursuing it seriously, she soon realized, would involve “jumping all the way to a Ph.D..” Her interest was “in the linguistics side of things, in language-learning processes as opposed to the literature track,” she said, and after completing her doctorate at Carnegie Mellon University she got a part-time position at Penn with the help of her mentor.

“What drew me here was the academic rigor,” she said. A true-blue pedagogy buff, she said that the most exciting part of teaching at Penn has been seeing her teaching principles reflected in the curriculum design; “the teaching philosophy for language [here] is pretty in line with my own thoughts on pedagogy,” she explained.