Dani Blum | Sit down or stand out

The Danalyst | It’s okay to feel small at Penn 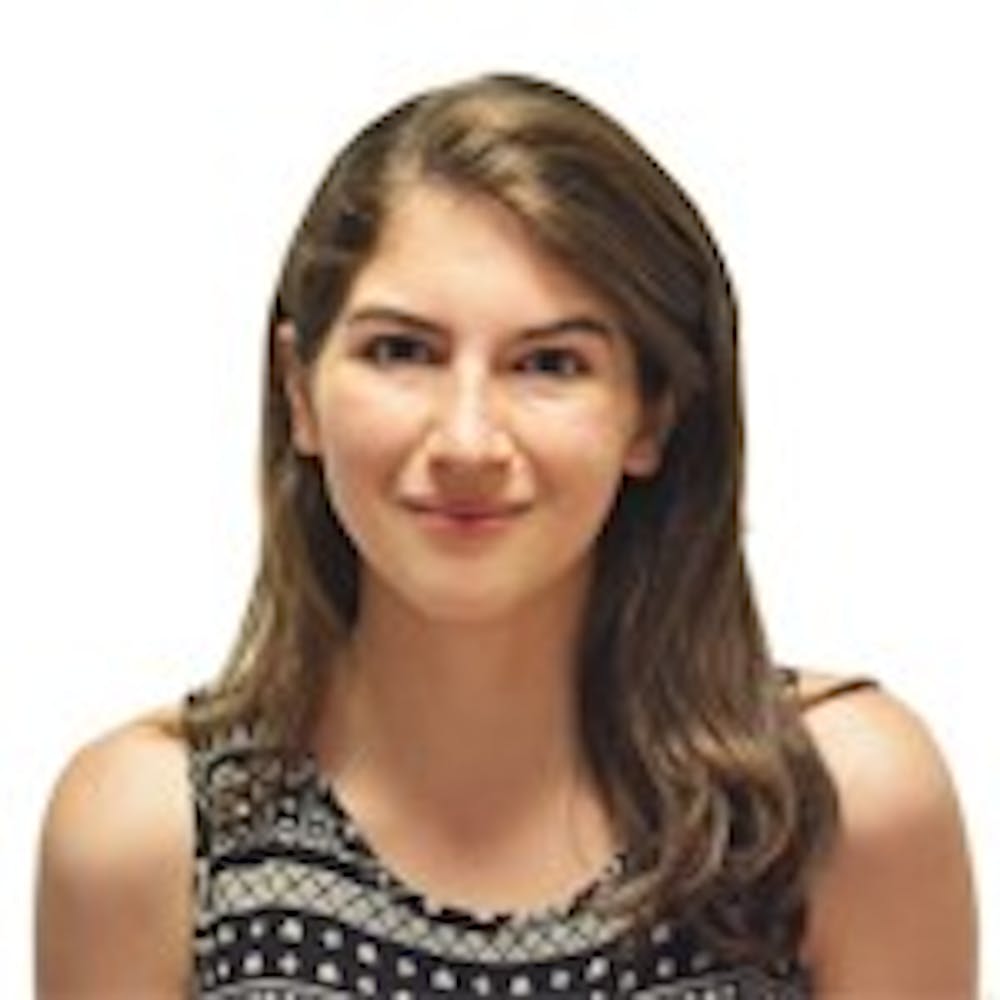 S o me time around the last Olympics, I sat around, pretended to be knowledgeable about sports and saw a mini-documentary on Maria Sharapova. There was a reel of tape I couldn’t get out of my head of Maria winning the Wimbledon: Her racket arched upward, the ball sailing in a perfect palabora, Maria punching the air. The announcer boomed over the scene, “How does it feel to have accomplished your life’s dream when you’re 17?”

Cliche as it sounds, that’s how I felt when I got into Penn. It was a goal I’d had for a while — I devoted a large part of my high school experience to working to get into college. I could work through a massive checklist of applications and SAT prep to get each step closer to Locust Walk. More than that, though, was the ability to stand out in my small suburban town.

In high school, many of us defined ourselves by being big fish in our relatively small ponds. My Connecticut high school — “copy-and-pasted from Lizzie McGuire,” I’d tell people during NSO — had 1,800 kids; standing out was easy, or at least, possible. Now that we’re at Penn, we still want to be significant, to do something important. But in a crowd of 10,000 overachievers, that’s easier said than done.

We’re all sick of hearing about Penn’s high-pressure environment, but the fact is that it’s pervasive. That didn’t hit me until a friend, in the midst of failing a few midterms and struggling in classes, told me that he didn’t feel special anymore. He said he’d felt important before he came to Penn. Here though, he said, “everyone’s extraordinary.”

I understand where my friend is coming from. Part of my selfish, pre-frosh fantasies about Penn was making something more of myself, of standing out somehow in the massive crowd. I didn’t know how that would manifest or what I would do to achieve that, but I wanted to be different. I think we all did.

A few weeks ago when I was Skyping a friend from home, she commented on how well-settled I seemed. She asked about my friends, and I flipped through the taglines on their LinkedIn profiles. A state tennis champion. A former NASA employee. An award-winning poet. A volunteer for AmeriCorps.

We’re here because some admissions official thought we were different. Sitting around a table in Commons, though, it’s hard not to feel dwarfed by the friends we love and hang out with. And when the inevitable question of, “Have you looked at internships yet?” comes up, it’s difficult to think our resumes would stand out in any way.

I was tossing this around in my head when I stumbled upon a New York Times profile of “Alex from Target,” a 16-year-old from Texas who became Internet famous when various people started posting a photo of him on Twitter. As a friend told me, “People only know him because some girls think he’s cute. That’s it. And now the world knows him.” It’s strange how people rise differently into the consciousness of the world, or at least the Internet, whether it’s a teen boy just doing his job or Kim Kardashian showing skin.

The truth is, we can’t predict what will make us stand out. A lot of that is out of our control. What we can do is take a breath, stand back and be happy where we are. That’s the comforting thing about a venture like Humans of UPenn — it’s a nice reminder on our news feeds that everyone here has their own story. Penn makes us feel small, but we don’t have to make that a bad thing. We don’t need to constantly prove we deserve to be here.

Last Wednesday, I felt like I needed to get out of Penn. I grabbed a book, pointed myself towards the Schuylkill and just walked, one foot in front of the other. I went by the river and read while the sun was setting. I felt small. And that was okay.