?In a game where Penn missed 11 foul shots, the Quakers performance was difficult to take in 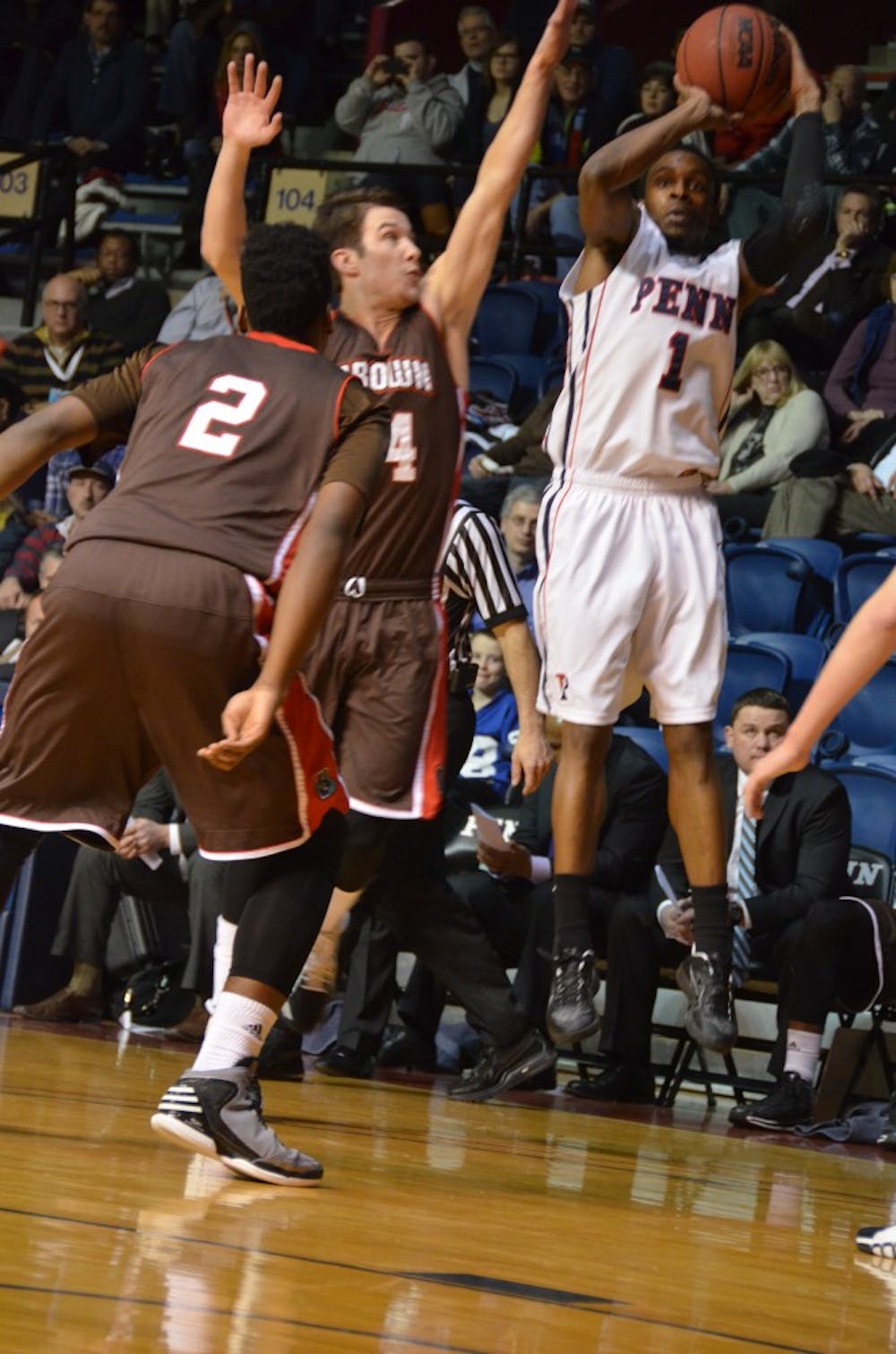 With 4:20 remaining in the Quakers loss to Brown on Friday night, noted Penn men's basketball enthusiast Governor Ed Rendell could do nothing but sit back in his chair behind press row and laugh.

Brown guard Tavon Blackmon had just completed a beautiful backdoor pass to Steven Spieth, one that allowed the Bears rookie forward to hit a layup and effectively sink a dagger into the hearts of the Red and Blue.

Despite the fact that there were several minutes remaining, the bucket gave Brown its largest lead of the game. The 16-point margin was the result of a 22-8 run by the Bears, one that stretched over 11 minutes and culminated with Spieth's lay in.

And it was that basket that caused Penn coach Jerome Allen to take a timeout in disgust. It's unclear whether anyone has kept a record of how many times Allen has had to do that this season, but it's safe to assume the number is pretty high.

It was during the timeout that Rendell began chuckling. Not much later, the governor stood up from his seat, and quietly exited the building.

Who can blame him? After all, Penn's performance was not simply frustrating and cringe-worthy, mainly because we're used to that from the Quakers by now.

More than anything, Penn's effort on Friday was laughable.

For the very few out there who still can't figure out why the Red and Blue aren't in the thick of the race for the Ivy League title this season, look no further than their game against Brown.

The Quakers gave up 18 offensive rebounds, turned the ball over 16 times and even managed to shoot a horrific 12-for-23 from the free throw line.

The worst part? That numbers don't even tell the whole story for Penn on Friday night in a game where the Quakers never led.

Despite having a clear size advantage over the Bears - no player taller than 6'9" took the court for Brown - Fran Dougherty and Darien Nelson-Henry combined for four points in the first half. The duo even had trouble rebounding, difficulties evidenced by the fact that Tony Hicks led Penn with four boards at the break.

Hicks turned out to be the one bright spot on a night full of lowlights for the Quakers. The sophomore guard utilized his typical aggressiveness to keep Penn close in the first half, and his 25 points led all scorers.

But not even Hicks could keep the Quakers hopes of a win alive as only eight of his points came after halftime.

Perhaps the most appropriate way to characterize the way Penn played on Friday night is by looking at a key stretch during Brown's stifling run in the second half.

After a Miles Jackson-Cartwright layup cut the Bears lead to nine, Spieth picked off pass from Hicks.

Moments later, senior Dau Jok allowed the bleeding to continue, allowing Spieth to record another steal and layup. The next possession came with the same result: Jok's pass was intercepted again, and Brown forward Rafael Maia converted a layup and was fouled.

Three possessions, three turnovers. It's a shock that Rendell didn't burst out laughing right then and there.

In the postgame press conference, Allen spoke candidly about his team's performance, and even seemed to chuckle a few times when reflecting on how poor Penn played.

"If you miss 11 free throws, give up 18 offensive rebounds and turn the ball over 16 times, who do you think you're gonna beat?" Allen said. "I think we're all kidding ourselves if we think we can play that way and be successful.

"I think at the end of the day, on paper we look like we have a pretty good team. On paper."

At some point early this season, you probably could have convinced me that the Quakers actually were a good team.

But after Friday's loss, just like the many losses beforehand, hearing something like that makes me want to sit back like Governor Rendell and laugh right alongside him.