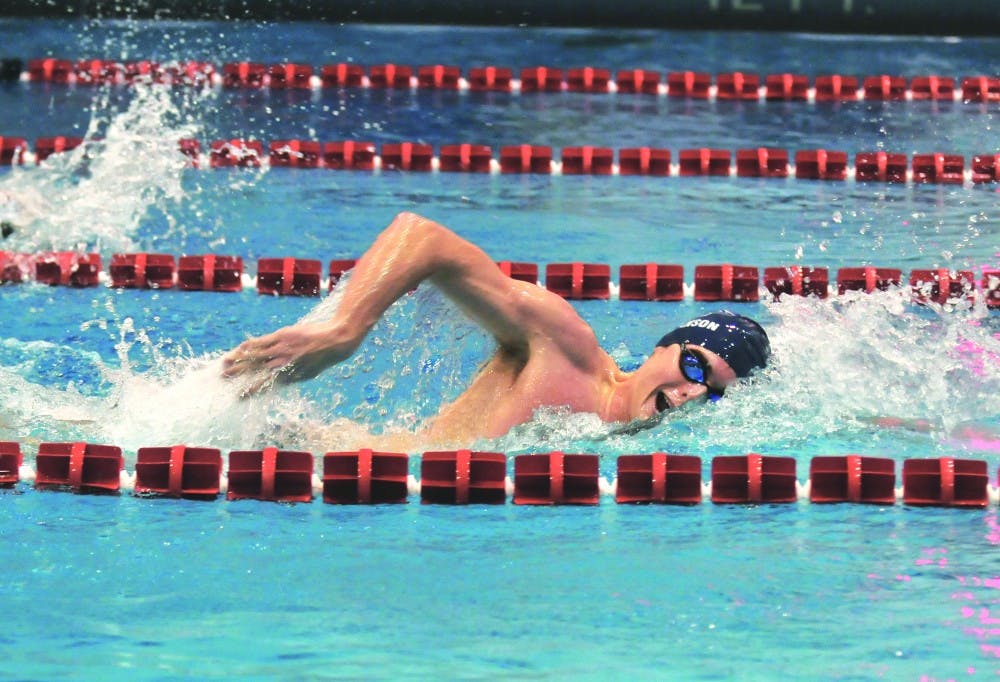 At the Ivy League Championships in Cambridge, Mass., the men’s team finished third, placing behind Harvard and Princeton.

“It was our best meet since 1972,” coach Mike Schnur said, summing it up simply.

Harvard won the meet, edging out Princeton. Empirically, Princeton and Harvard have dominated the Ivy League.

On the men’s side, one of them has hoisted the championship every year since 1994, and since 1974, only four teams have broken their exclusive reign. Coming into the meet, Princeton had the most recent winning streak, as the Tigers were five-time defending champions.

In the pool, Penn got out to a solid start on day one of the three-day event. Sophomore Chris Swanson set a meet record in the 1650-yard freestyle with a 14:53.75. He finished nearly nine seconds ahead of Yale’s second-place Brian Hogan .

“Nothing he does surprises me,” Schnur said. “Those are the kind of things I expect ... that’s the goal we set last year.”

And as Swanson finishes his sophomore season, Schnur only expects better things ahead.

“The goal [for Swanson] now is ... become one of the best swimmers in America,” he said.

Just minutes after Swanson claimed first in the 1650, another sophomore, Eric Schultz , placed first in the 50 freestyle, putting up a time of 19.70. Going into the championships, Penn hadn’t won the event since 1942.

“I couldn’t be happier for Eric,” Schnur said. “I don’t think a lot of people thought he’d be able to win.”

Those two events in particular set the tone for a solid meet for the Quakers, who never looked back en route to the program’s best showing yet at an Ivy League Championship since it became its own event out of the EISL Championships.

The men’s performance followed up a solid performance from the women’s squad last week, which finished fifth, marking a one-place improvement upon last season, as it edged out Brown, Cornell and Dartmouth.

The women’s team was anchored by Shelby Fortin , the senior who made the Olympic time trials leading up to the London games in 2012.

Fortin, in her last Ivy Championship appearance, won her third 200-meter freestyle with a time of 1:45.69 - another meet record and nearly a full second improvement over her performance last year.

“I didn’t have the mentality that I had to win,” Fortin said. “That’s the best way to approach the meet ... it really took the pressure off.”

On Wednesday, Fortin will get the final word on whether she’s made nationals in the 200.

But as the team events wrapped up for the season this weekend, Penn’s predominantly young team and a promising incoming class has Schnur excited about the Red and Blue’s prospects for next year. But in one of the more challenging conferences in the nation, he knows it’s going to take the same mindset and dedication both of his teams showed all year.