Penn basketball vs. Brown: The Good, the Bad and the Ugly 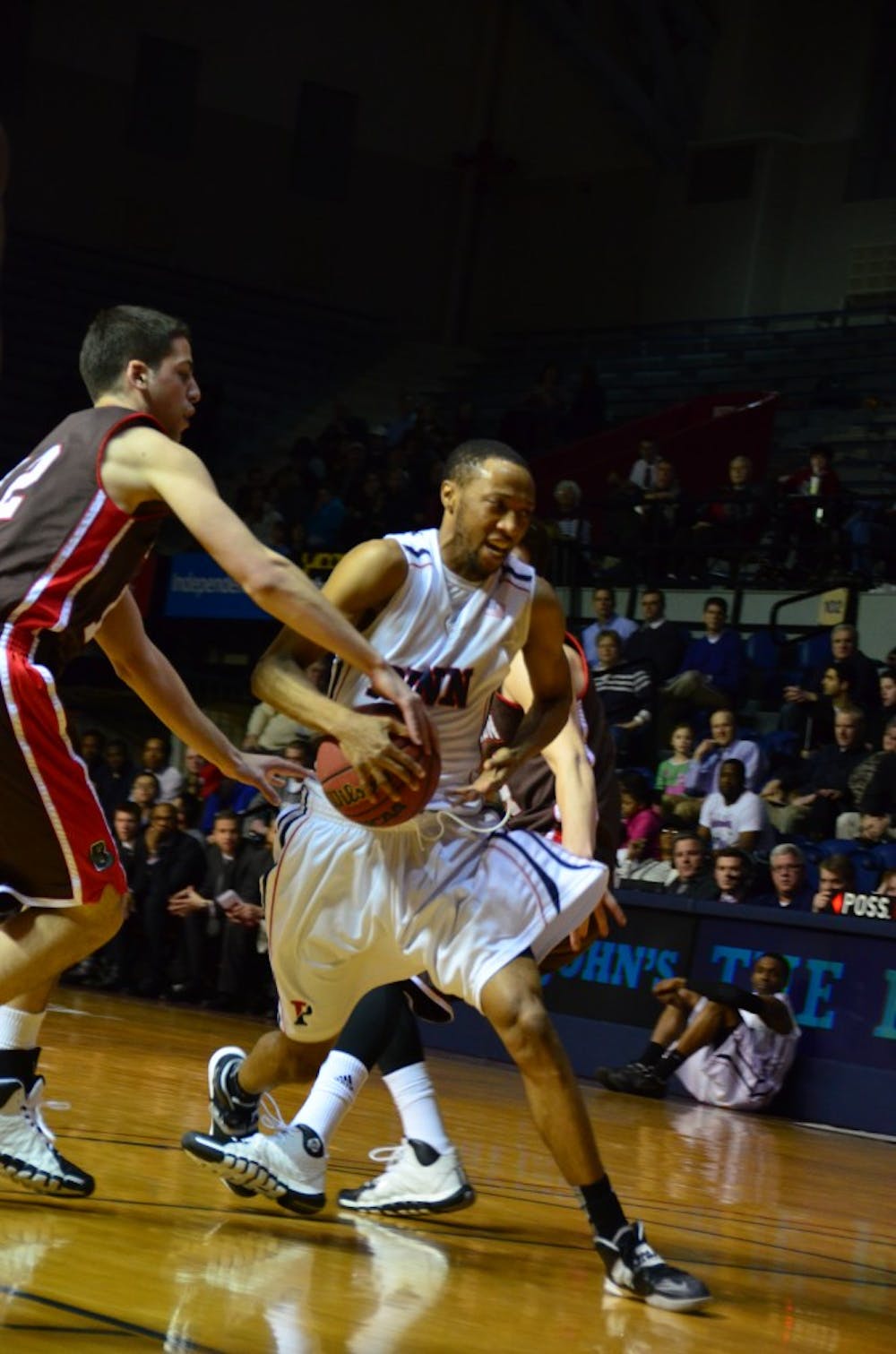 THE GOOD: At least one team played NCAA-level hoops today

Nobody expected the Bears to be sensational. And they really weren’t. Led by the trio of Cedric Kuakumensah, Steven Spieth and Sean McGonagill, each scoring in the double digits, Brown’s players simply handled the ball and made a few clutch throws to beat the Red and Blue, 76-67. Just by being 10-for-15 from the free throw line, the Bears were able to sweep the Quakers for the first time since 2008. Sometimes, it’s just that easy.

THE BAD: Tony Hicks (and Penn) disappear down the stretch

What a first half by the sophomore guard. He was everywhere, showing a level of passion that his teammates can only dream of. Hicks scored 17 points in the first period, more than half his team’s total output. Some could call him selfish, but with that level of support, it makes sense for Hicks to try to take care of things by himself.

However, as usual, Hicks faded away after a monster showing. Kind of the theme for the whole team, really. Although he did score eight points in the second half, most of the time he just wasn’t there. Although the Quakers managed to get close a few time, most of the time they just weren’t there. Which brings me to...

THE UGLY: Small blunders cause Penn to look like an intramural team

If you just looked at the stat sheet after the game, you really got to wonder how the score ended up this way. There’s just not that big of a difference overall. If you had been in the stands, however, it’s a totally different story. Remember how, thanks to Hicks, the Quakers managed to be red-hot for most of the first half? Well, they still trailed at halftime, 37-33. In fact, the Red and Blue never once had the lead in this game.

The reasons why? Four offensive fouls in the first period probably didn’t help. Five Miles Jackson-Cartwright turnovers most certainly didn’t. But worst of all, you got to wonder if Jerome Allen ever makes his players practice free throw shooting. 12-for-23 was the final stat line, and I had to check it again three times because it seemed so high. The Quakers for sure can’t play fancy, but they apparently can’t master the basics either. Ed Rendell agrees.