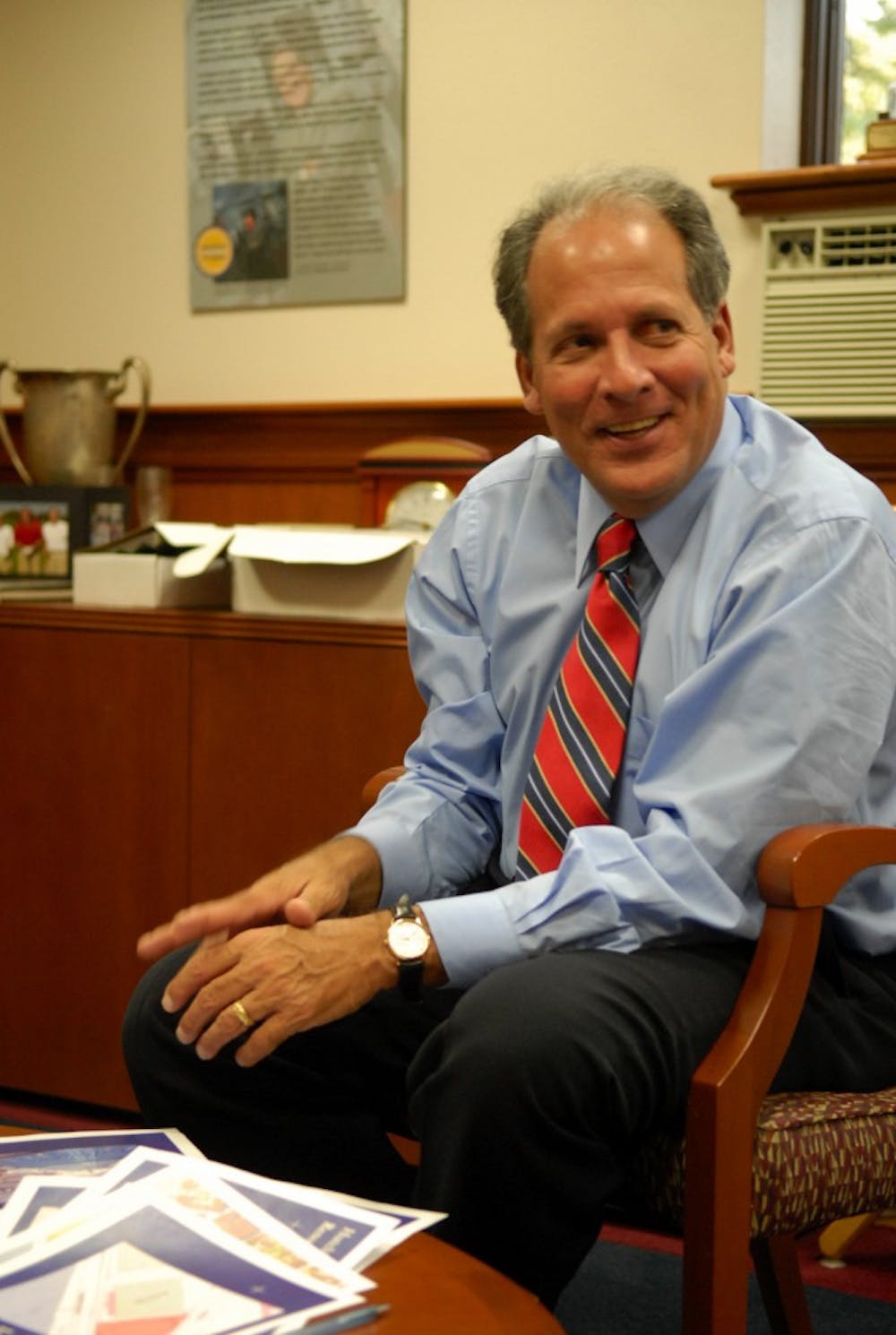 Penn’s search for Athletic Director Steve Bilsky’s successor, which started in earnest with the announcement of an advisory committee for the search in January, is narrowing after the deadline for all position nominations and applications passed last week. With Penn Athletics poised to name a new athletic director this semester following Bilsky’s 20-year tenure, The Daily Pennsylvanian reached out to several prominent donors and members of the Penn Athletics Board of Overseers for their perspectives on the athletic director search.

1987 Wharton graduate Tom Donatucci was a die-hard Penn basketball fan during his time as a student and continues to help plan events for the program, so he’s been around long enough to know that some crucial questions await the next athletic director.

“You’ve got a rapidly growing substantial portion of the student body that doesn’t care and will never care, it’s not part of their culture. You have passionate alumni from the ‘60s through the mid-‘90s getting older and less involved,” Donatucci said. “Steve [Bilsky] hit home runs to get state of the art facilities like fencing built in that arena.

Program supporters weigh in on the state of Penn basketball

Tony | If you hold an open forum and there is no one there to hear it ...

“Traditionally football and basketball are any Division I university’s portal to their alumni base. Are they going to die a slow death? By the time they vanquish and the new alumni base has become the core and returned home, will anyone even care?”

Many donors and overseers share Donatucci’s perspective, grateful for the many facilities such as Penn Park that Bilsky helped secure for the university while still hoping to see Penn Athletics make a bigger impact in the Penn community going forward.

“[Penn Athletics needs] greater involvement from the student population as buyers of the various services Penn Athletics can offer as participants and spectators,” 1973 Wharton graduate Bob Johnson , one of 15 Penn basketball donors in the $10,000-$24,999 range for 2013-14, said.

“Any engagement of students comes from two things - winning and an administration that actually cares about those results,” fellow Penn basketball donor and 1983 College graduate Daniel Wallick said. “Winning cures many ills.”

Penn basketball’s 78-128 overall record since 2007 and Penn Athletics’ last-place finish among Ivy League schools in the 2012-13 standings of the Learfield Sports Directors’ Cup, a measure of collegiate institutions’ overall athletic success for a given year, have troubled some Penn Athletics supporters. But many donors and overseers still sense that Bilsky is leaving behind a culture of winning.

“Steve has set a precedent and expectation that our teams win and are competitive,” said 1996 College graduate Jed Walentas, one of eight alumni donating $25,000 and above to Penn basketball this past year.

What’s more concerning for many supporters of Penn Athletics is Penn President Amy Gutmann’s commitment to a culture of winning for the organization. Many of these supporters have noted that Gutmann is not a frequent presence at athletics events on campus and that Penn Athletics has not seemed to be a priority under her administration, which dates back to 2004.

“I believe most students see their involvement with Penn Athletics is an afterthought from the view of the athletic department and the administration,” Johnson said. “A major factor in addressing these challenges will require a clear understanding with the highest levels of the administration that Penn Athletics be given the latitude to establish and earn its position within the Penn community.”

“The real deep and important purpose of our athletics is not to win more than everybody else,” Gutmann said in August. “It’s the experience of teamwork, of strong competition, of discipline. It’s the education and creating of character as well.”

Donatucci agrees that that is what athletics are about.

“Where the rubber meets the road is in the fact that Division I athletics isn’t about the same principles,” he said. “It’s not about our 14 traveling across town to play their 14. It’s multi-channel, 24-hour-a-day, website, countless blog coverage. So you’re the athletic director. What wall do you prefer to bang your head against?”

And with Penn Athletics now a 24/7 enterprise, the majority of its major contributors believe that the next athletic director will have to lead Penn Athletics like the multimillion dollar business it is.

“The most important thing is that the new director as chief operating officer has the top management skills as well as a love of sports,” said Alan Aufzien, a member of the Penn Athletics Board of Overseers.

“The athletic director needs to be an excellent manager, much like a CEO, who can represent and coordinate amongst the various stakeholders of Penn Athletics,” Johnson said.

One thing almost universally agreed upon among supporters of Penn Athletics is that Bilsky’s successor need not be an alum.

“I do not think that we should constrict our universe,” Barrett Freedlander, a Class of 1962 graduate and longtime supporter of the Penn basketball program, said.

Ultimately, then, it’ll be up to Bilsky’s successor to keep Penn Athletics’ momentum with facilities going and create more momentum with regard to student engagement and expectations of winning.

“Our university has set the tone that athletic programs need to be able to stand on their own via athletic development. At the same time, you have an aging donor base and the replacement base is detached as the composition of the student body has changed,” Donatucci said. “Penn has a very unique set of challenges, and the new athletic director has to be able to navigate those waters.”