Four robberies were reported between Jan. 24 and Jan. 29

Jan. 30, 2014: A 35-year-old unaffiliated male was arrested for a DUI after he was stopped for a traffic violation on the 3800 block of Walnut Street at 2:10 a.m. He had bloodshot eyes and smelled of alcohol.

Jan. 27, 2014: An affiliated male reported at 10:30 p.m. that an unknown person broke the passenger-side door lock of a car, which was parked in the Penn Tower Parking at 399 S. 34th St., and attempted to take the vehicle by breaking his steering column. A GPS was stolen from the car.

Jan. 24, 2014: A 25-year-old unaffiliated male reported at 1:20 p.m. that he saw two males fleeing from the CVS at 3925 Walnut St. with stolen items. The two males were apprehended and arrested by the police.

Jan. 25, 2014: An unaffiliated male reported at 5:00 p.m. that a female entered his food truck, which was parked along the 100 block of South 33rd Street, and hit him with brass knuckles. She fled with money from the food truck.

Jan. 26, 2014: A 32-year-old unaffiliated male reported at 12:45 a.m. that he had been assaulted on the 3300 block of Market Street by two people who kicked and punched him and also tried to remove items from his pockets. The suspects, both juveniles, were apprehended nearby.

Jan. 27, 2014: A 21-year-old affiliated male reported at 5:20 p.m. that someone from behind him struck him in the face while he was talking on his cell phone at the intersection of 40th and Pine streets. The offender and another person he was with fled the scene. The victim chose not to seek medical treatment.

Jan. 25, 2014: A 20-year-old unaffiliated male was seen by the police at 2:20 a.m. banging on a door inside Harnwell College House and yelling. The male admitted that he had entered Harnwell without approval. 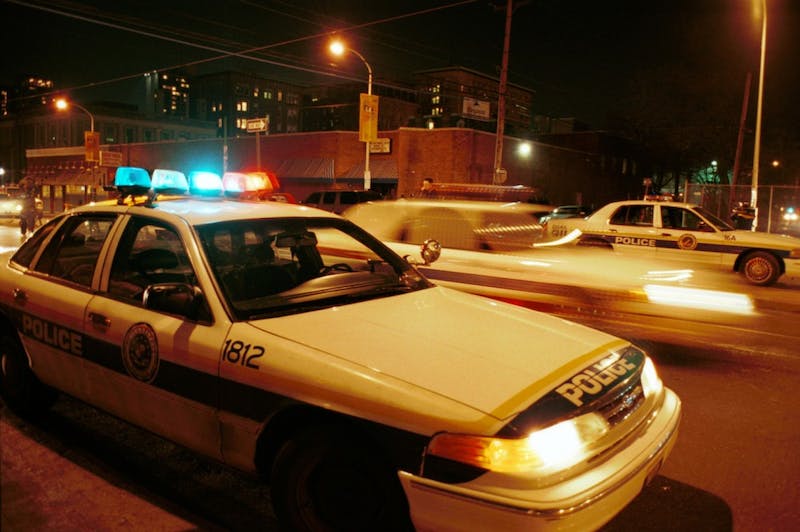