In fact, Finucane is so noticeably humble that one would not likely guess he is currently Penn’s fastest miler.

Earlier this month at the IC4A Championships at Boston University, Finucane attained the coveted status after posting a 4:06.84, vaulting himself onto Penn’s all-time list for the mile.

“4:06 was at the high end of my expectations,” Finucane admitted. But “time wasn’t as much of a consideration.”

His goal was to earn All-East and his fourth place was sufficient to earn the distinction.

Not only did the junior cruise to No. 5 on Penn’s indoor mile all-time list, but he also won his preliminary qualifying heat the previous day in 4:10.73.

With the school’s second-fastest mile since the early 1980s, Finucane avoids the grandiose thoughts of sub-4:00 glory that most athletes would entertain.

Instead, he explains that his goals for the upcoming outdoor track season, which starts Saturday with the Big 5 Invitational at Franklin Field, have hardly changed. For Finucane, assembling a competitive relay team for Penn Relays and contributing as an individual to the team score at the Heptagonal Championships are most important.

But Finucane is modest.

“I’m lucky because most of the guys I train with beat me more days than not,” he said. “We’ve got a really strong training group, and it makes things really easy for me.”

To Finucane, his feat could have been accomplished by any one of his training mates.

Besides his training group, Finucane cites two other keys to his recent success. First, he points to a “seamless transition” from training under coach Charlie Powell last season to running under the supervision of assistant coach Robin Martin — a former Penn miler himself and protege of Powell — this year.

The Chambersburg, Pa., native also notes his lucky avoidance of injury. Beset by injury last year, Finucane competed only in the indoor season.

But this year, in addition to his displays on the track, he pitched in as a cross-country runner and finished among Penn’s top seven at Heps this fall. In a year that has seen nearly all of Penn’s top runners battle injury and miss races as a result, Finucane said, “I’ve been really fortunate, being healthy this year … Such a big part of it is being healthy and getting the consistent training.”

If the trends continue, Penn’s new fastest miler may eschew the fanfare, but he will leave behind a very impressive record. 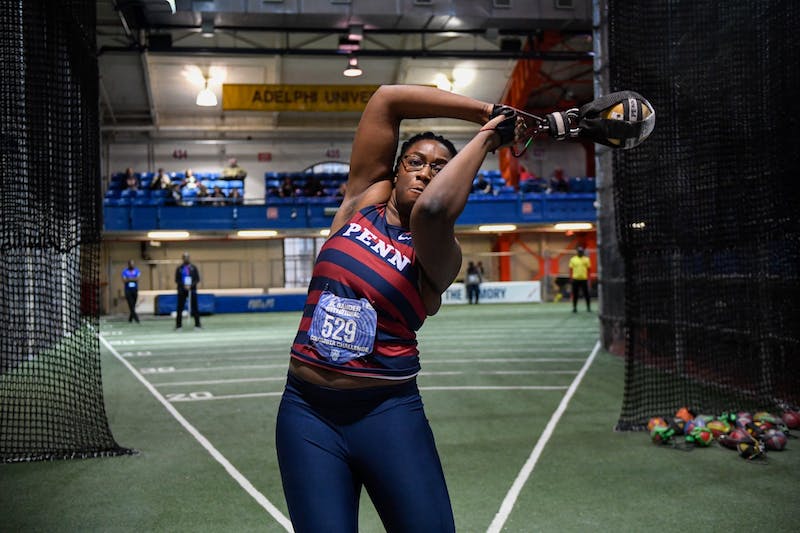