This weekend, Penn’s track and field team will travel to the Armory, a state-of-the-art indoor track facility in Manhattan, to compete at the indoor track Heptagonal Championships.

While no one expects a victory, the Red and Blue, who finished seventh last year, hope to notch as many points as possible this Saturday and Sunday and will look to the throwers, sprinters and jumpers to contribute in a big way.

On the distance side, Penn runners, who have finished in the top six in the 3k or 5k runs at indoor Heps only four times since 2002, will look to break their almost decade-long dry spell.

Seniors Luke Grau and Phil Cawkwell will run the 5k well-rested and are hoping to have an advantage over some of the runners who will be doubling back after running the 3k on Saturday.

In the 3k, the Quakers will look to freshman harrier Conner Paez to contend against an impressive field. While Paez’s times do not match up well with many more senior runners from other Ivies, his gritty performances this year indicate that he is certainly a threat to garner points.

In jumps, Jim Foreman, third-place finisher in the pole vault a year ago with a leap of 16 feet, will return and is expected to contribute again. And freshman high-jumper Maalikk Reynolds, who broke Penn’s high-jump record in his first collegiate meet, should also tally more than a few points.

Sprinter Tim Carey, winner of the 60-meter hurdles as a freshman, is looking to tack another victory to list of accomplishments this year in his sophomore season.

But while senior Jeff Weinstein and his contingent of middle-distance runners have tended to produce some points in the past (Weinstein took sixth in the 1000 meter run last year), they, along with their long-distance counterparts, will need to find ways to add to Penn’s total.

If successful, the middle-distance and distance runners could build upon their cross-country success and thrust Penn’s track program back into the next tier of Ivy competition. 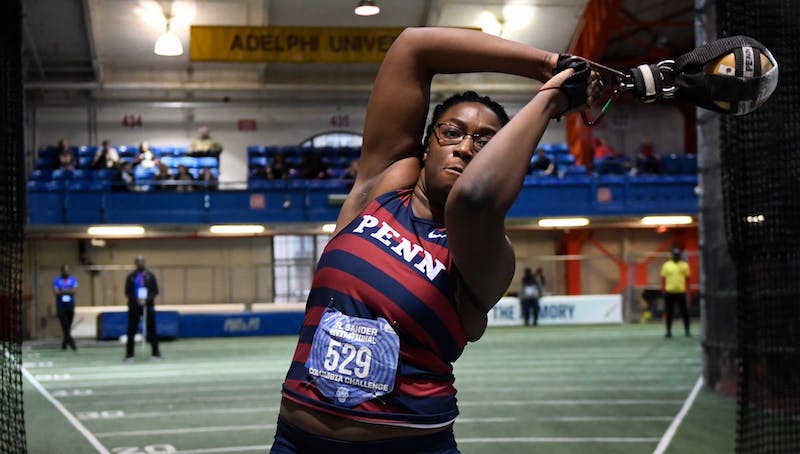