The quotes are real. So is Jarrod's record.

So, we know what you're thinking. "Well, it's the biggest game of the year," you, the reader, are thinking right now. "Who will the great PrognostiQuakers pick to win? Oh, right, Penn. They always pick Penn." Actually, we don't just pick Penn every week. We analyze the stats and game film and then we call some random person and make them pick Penn. But... Maybe this week we'll pick Harvard. Inquisitively, we PrognostiQuakers thought about just who we'd talk to this week to decide which team would win. So no gimmicks. No joke. We're going to let whoever we talk to decide our prediction. Even if it's (gulp) Harvard. Our first inclincation was to get in touch with ol' Lee Corso. He's here for ESPN GameDay this weekend. Unfortunately, Corso is apparently a hermit. He never got in touch with us, despite the assurances of ESPN producers that "Lee Corso might get in touch with you." So, we decided to pick the person on the biggest hot streak here in PrognostiQuakers -- Jarrod Ballou. Mr. Ballou has not only had a losing record since the first week, but he has also been in dead last every week. He's the one in the bottom far-right hand corner of your paper. We'll pause to let you look at him. (Done looking? Took you long enough.) Anyway, last week Ballou went 4-0, and moving only a game out of not being in last place. We asked Jarrod just how he finally moved out of his poor-picking ways last week. "My mathmatical algorithm finally worked," Ballou surmised. "It's a variable formula that combines team colors, uniform styles and whether or not I like the team's mascot." And whether or not is he related to Angels' pitcher Jarrod Washburn? "I believe so." Still, Ballou was unwilling to give us a pick when we interviewed him. So we decided to go to the most unbiased sources possible -- Penn basketball players. It was hoops media day yesterday, and we decided to get predictions from some of Penn's best ballers. "I think we're going to go 28-14, Penn," guard Andrew Toole said. "I've got Penn, 35-0. I don't think it's even going to be close," junior Jeff Schiffner said. "Penn's going to win big," sophomore Tim Begley said. "[Mike] Recchuiti's going to run for 100 yards and we're going to take down the goalposts pretty hard and try and stay out of trouble." Thanks, guys. Unbiased view, indeed. Go Quakers. Penn 45, Goalposts 0, Harvard -2 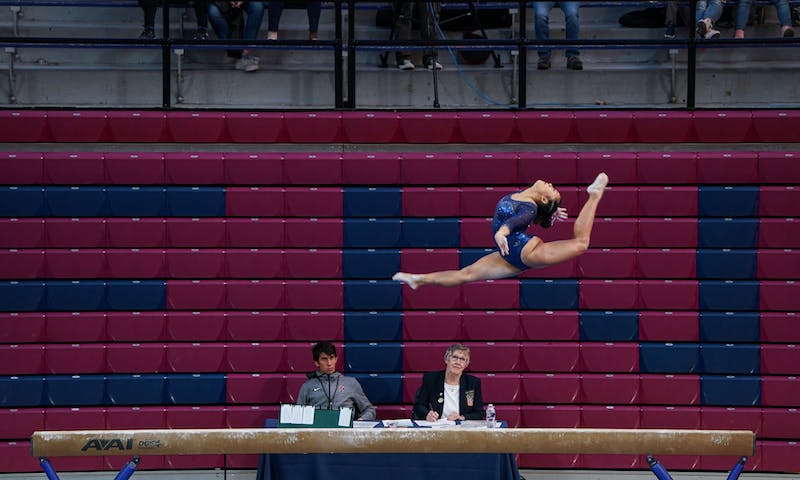