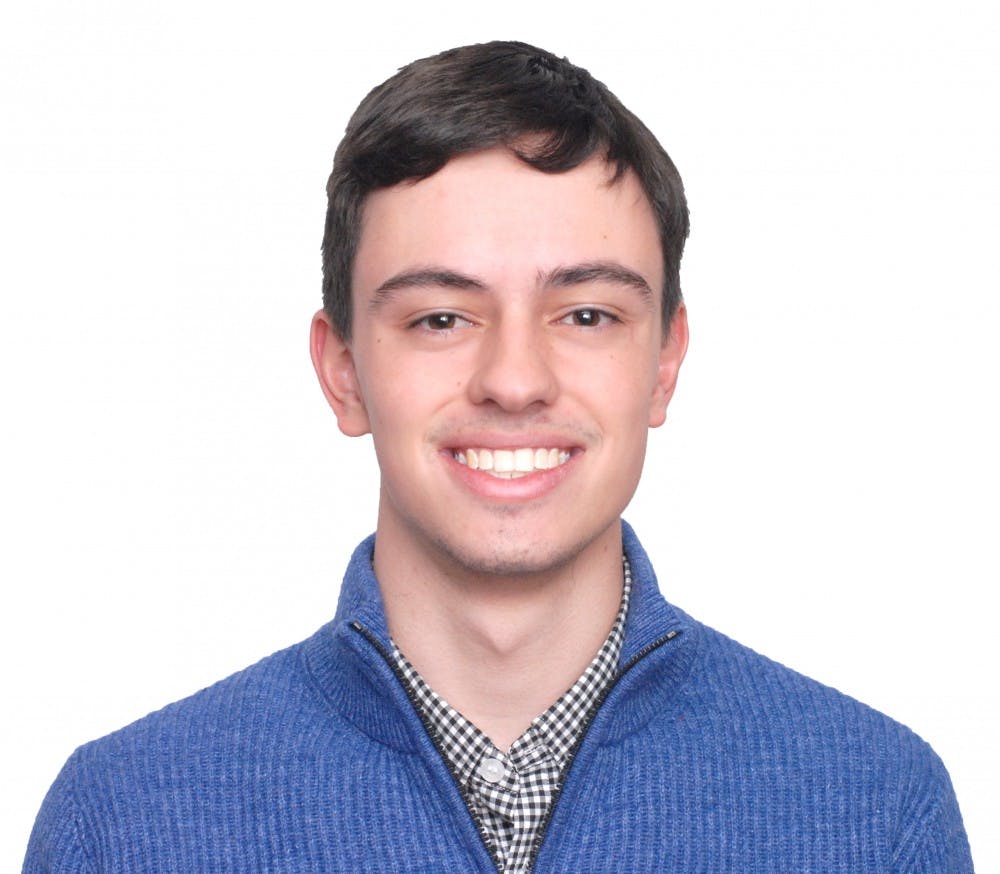 Philadelphia is known for a lot of things.

We’re known more for throwing snowballs at Santa, having a jail in Veterans Stadium and being drunken assholes than any recent accomplishments of our teams. But right now, we could use a little brotherly love.

Henderson | Penn men's cross country should be a national contender

And it’s not something Philadelphia is really used too — we’re not Cleveland, after all. As a young Philadelphia fan, I’ve always known at least one team to have it put together at any given time. All four teams have been to league championships in this millennium, though only the Phillies have won, and it’s hard to say we haven’t been competitive in other years.

At this moment, we’re in one of the toughest stretches imaginable. The Eagles, entering the season with high hopes, have flopped (let’s put the post-Patriots win hype on hold for a second). The Phillies had the worst record in the MLB last season. The Flyers have scored the fewest goals in the NHL so far this year.

And, of course, the Sixers are still undergoing General Manager Sam Hinkie’s infamous “Process,” which steadily becomes harder and harder for fans to trust as the losses pile up. Is the end in sight? Maybe after we draft a few more injured centers.

Want to talk about losses? I don’t, but let’s anyway. Philadelphia teams were 2-12 at home in November — and it could have been worse but the Sixers were on the road for most of the month. In this same November, Penn football and basketball were a combined 5-0 in Philadelphia.

That’s why it’s strange for me to say it, but the most successful teams that I can claim fandom of in the past year are those from Penn. Normally when I write, I shed the Penn fandom and write as objectively as possible, but, at heart, I’m a student and a fan. And right now, Penn’s sports are doing better than virtually any other Philly team.

Now, I’m not saying Penn basketball would beat the Sixers in a game, and I also realize it’s unfair to compare professional and collegiate sports. Penn can’t just tank its way to the next Karl-Anthony Towns or Andrew Wiggins (although it’s not like the Sixers can even do that right).

But to say there aren’t any parallels between Penn and the Philadelphia sports scene would be to ignore the obvious.

It’s not just coaches referencing the maxims of their fellow Philadelphia residents, as both Penn football coach Ray Priore and Eagles coach Chip Kelly are known to do. There’s also a struggling basketball program that seems on the brink of a youthful resurgence.

It’s unfair to say things ever got close to where the Sixers are now during the Jerome Allen era, but the Penn team that finished the season 9-19 last season was far from what Athletic Director Grace Calhoun would expect from her school’s marquee program. Now, behind two productive young classes, the Quakers don’t seem so far removed from contending for the Ivy League title.

There’s the loss of a long-tenured football coach that led to a revitalized team in just a year.

Below the surface of football’s one-season transformation is a common theme with the Eagles: culture. It comes up all the time with Kelly and Priore, this concept that culture can drive an organization to new heights. The jury is still out — and calling for the head of — Kelly, but through one year it’s hard to argue with Priore’s results.

So while I quietly cry away the lost season for the Eagles — and please don’t remind me we could still win the division, no one deserves to see this team in the playoffs — and patiently wait out the “Process,” at least I can take some solace in Penn Athletics.