Steele | Back to playing Penn football 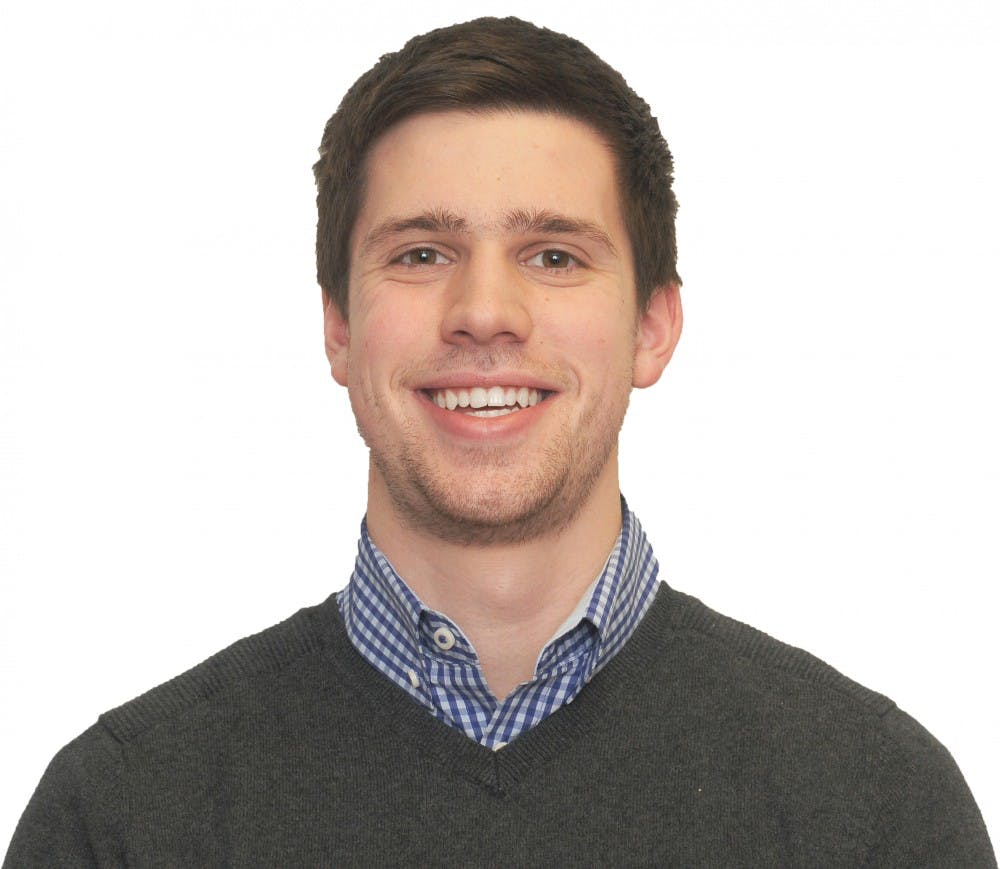 As the 2015 season has developed and Columbia football has attempted to regain any semblance of dignity after two consecutive winless seasons, I’ve frequently used the above phrase to describe the product the Lions have put on the field in five games.

Although not inherently connected to what we’ve seen from Columbia in years past, there are certain aspects of the Light Blue’s play that reminds us that this team went 0-for-its last 24 until its win over Wagner on Oct. 10.

Scoring five points against Princeton. Punting from midfield down 35 late in Saturday’s game. Dropping two snaps on punts and turning the ball over four times en route to a 42-7 loss to Penn.

Despite Al Bagnoli’s departure from an administrative role within Penn Athletics to take over Columbia’s fledgling program in the offseason, it’s not surprising to see the Lions continue to struggle. On the other hand, a peer who writes for the Columbia Daily Spectator mentioned that the Light Blue’s loss to the Quakers was the first time the former has resembled last year’s squad.

Again, that’s not a surpise. 42 unanswered points and less than 200 total yards will generate those sorts of comparisons.

Yet as much as that may be true, as much as we’ve reaffirmed that Columbia is still Columbia, Saturday’s contest was equally about how this year’s Penn team is 100 percent different from the one seen at Franklin Field over the past couple seasons.

In the Quakers’ three losses in 2015, the squad has been plagued by turnovers, penalties and weak starts against a handful of dynamic offenses. Needless to say, Penn’s matchups with Lehigh, Dartmouth and Fordham were defined by an inability to execute for large stretches of game action.

But between the Red and Blue’s second-half comeback against Fordham and thrashing of the Lions on Saturday, we’re finally seeing Penn do the opposite of that. In other words, whereas Bagnoli’s team is still Columbia, coach Ray Priore’s guys are anything but the same old Quakers.

Heading into its first contest against the man who recruited a majority of its players, Penn easily could have crumbled under the expectation that it would perform at the same level it did in the second half against Fordham. The Red and Blue could have taken one of the worst teams in college football lightly.

“We really didn’t take any different approach to how we prepared. We knew that it was going to be a tough game, and we wanted to come out firing,” senior linebacker and captain Tyler Drake said. “We had felt that we didn’t come out in the first half of our games so far as quickly as we needed to, and we focused on staying the course and trusting everybody. It really showed today.”

“I think, really the thing I stressed is how we, as a young team, would deal with adversity,” Priore added. “In the previous two weeks, we started out slowly, we made some early mistakes, and our team did not respond well to that at all. It’s all the mental preparation that the kids respond to very well.

Last year, we heard from Bagnoli and his players time and again that nobody was caught up in the talk of the nine-time Ivy champion’s retirement tour. Allegedly, nobody was focused more on performing well for an outgoing coach than playing simply to win the game.

Given the results on the field in 2014, that was impossible to believe. Now, it’s time to take the Quakers’ statements at face value.

With this team, it’s easier to believe what is being said. Three of the four individuals at Penn’s post-game press conference on Saturday cited paying closer attention to detail. The same has been heard from Athletic Director Grace Calhoun and others outside of the program as well.

“It’s tough in the game of football to be 1-3 and say you played well,” Priore noted about Penn’s first four games. “We played hard but there’s nothing to show for it.”

After the win over Columbia, the Quakers now have shown plenty to instill optimism in their fans. A handful of impressive performances halfway through the season has left one undeniable impression: Penn is back to being Penn.