McGinnis | For Penn football, it's on to Yale 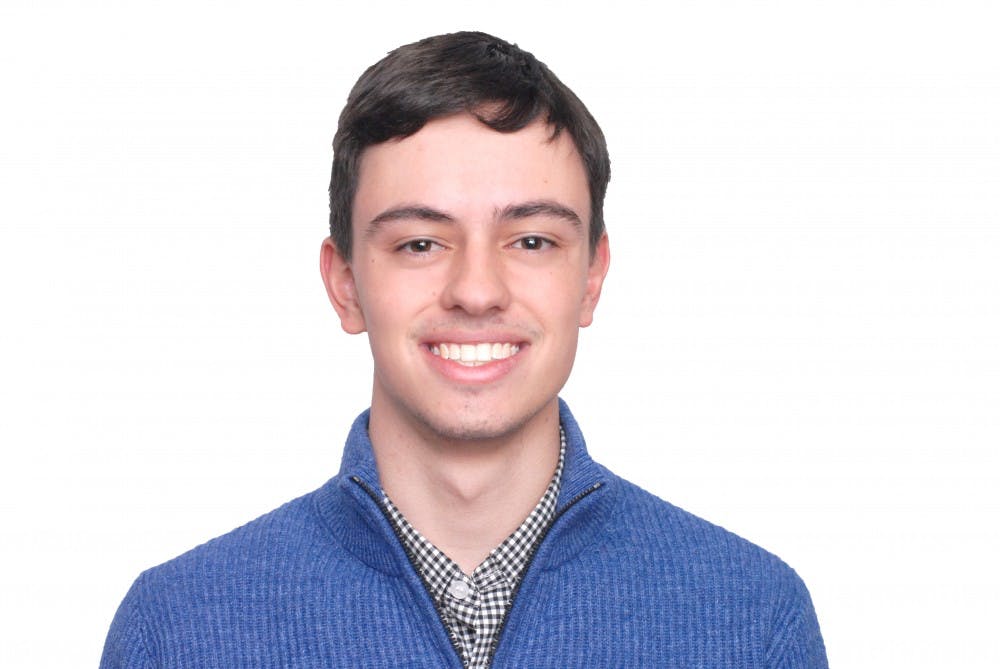 On to the next.

Now that the dust has cleared, there’s not much more to say about Penn football’s win on Saturday. Setting aside any external storylines, Penn proved, as my colleague Riley wrote yesterday, that Columbia is still Columbia and Penn is back to playing ‘Penn football.'

But as every cliched athlete or coach likes to say, the season is taken one game at a time. The storyline of coaches past is thrown aside to be revisited next year, and Penn now has one of its most interesting games from a purely football perspective ahead of it.

A year ago, Yale was one of the best teams in the Ivy League behind senior running back Tyler Varga — now of the Indianapolis Colts. If you had told me Penn would even have a fighting chance against Yale after last year, I probably would have laughed.

But going into Friday’s contest, it wouldn't be unreasonable for the Quakers to come out ahead. Depending on how significant you view the performances against Fordham and Villanova, Penn might even be the favorite against a 4-1 team.

The Elis, for what it's worth, haven’t been particularly impressive despite their record.

Their wins include a seven-point victory over Cornell and a one-point win against Colgate. While they beat the same Lehigh team that decimated Penn in the Quakers’ first game of the season, Penn has looked significantly better in recent games.

If there was ever a game to measure a growing team at mid-season, this is it. A win puts the Quakers at their first winning conference record since the 2013 season that saw the Red and Blue start 3-0 in conference before losing their final 4 games.

Non-conference performances aside, the Quakers are still looking to decisively prove that this season has the program trending upward, and improving their Ivy League record is arguably the easiest way to do that. We measure success at Penn by Ivy Championships — that’s always the metric that coaches and administrators refer to — not wins over non-conference foes.

There are five games left on the docket for the Red and Blue, all within the Ivy League. Penn’s performance in those games is really going to write the narrative of this season.

If we truly believe that Penn is better than last year, Cornell shouldn’t hold much of a challenge, and Brown and Princeton are certainly tough matchups but ones that are within reach. Harvard is still the dominant force that topped the Ivy League last year, and the Crimson’s game with Dartmouth will likely determine the league.

We’ve talked in depth about the coaching change and its effect, particularly in terms of the team’s attitude, but it’s also important to consider the personnel. Penn came into this year with a number of young players who would have to step into larger roles.

The team graduated a number of its top pass catchers — Conner Scott and Spencer Kulcsar, to name a few — and sophomore Justin Watson has stepped into the leading role. Freshman receiver Christian Pearson showed his value against Columbia, leading the team with 10 receptions and his first 100-yard receiving game.

On defense, we’ve seen a number of underclassman step up into key roles — from freshman Sam Philippi, who has an interception and a fumble recovery, to sophomore Colton Moskal, who is second on the team in tackles.

With young players, we always see teams continue to develop as the year goes on. Regardless of whether they fully develop this year or next, it’s clear that the Quakers have an abundance of young talent.

But as every coach will say, it’s important to take things one week at a time. This week, Penn gets to measure itself against the Elis.