Wharton dean closes out first year with local, international experiences under his belt 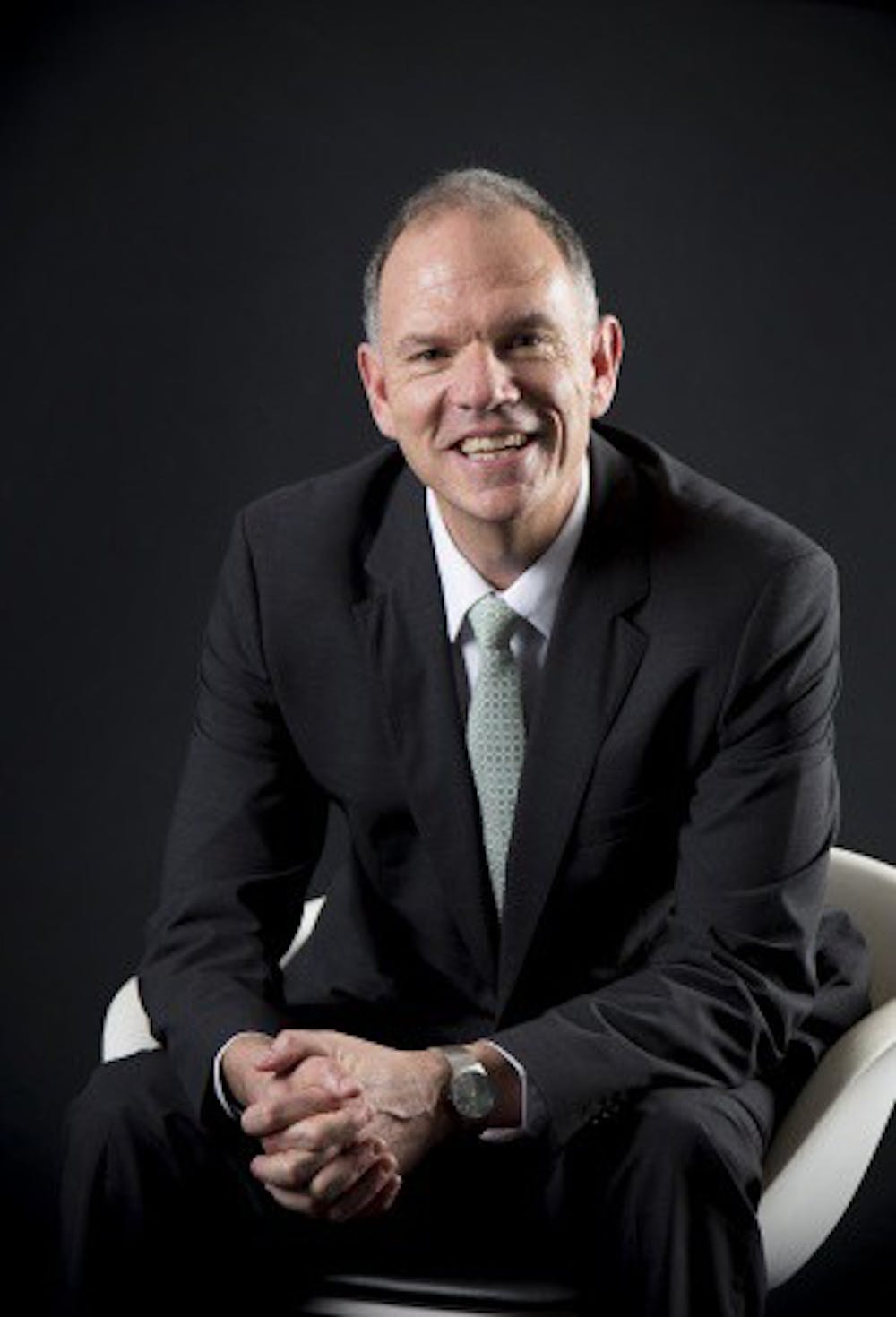 It has been a hectic first academic year for Wharton Dean Geoffrey Garrett.

Since he began his deanship last July, Garrett has practically split his time between Philadelphia and abroad. He has been talking to students and engaging with faculty at Wharton, and also traveling around the world, meeting alumni and engaging with leaders in academic, economic and political conversation.

In a statement, Garrett said his greatest accomplishment of the year has been “meeting the many people I have so far — students, alumni, faculty and staff.”

Since day one, Garrett has taken to Twitter to chronicle his travels and interactions. Garrett’s travels as dean started in the beginning of October with the first of many visits to the Wharton San Francisco Executive MBA campus. At the end of October, Garrett was in South Korea, Taiwan, Singapore and China to speak with alumni and to begin promoting the Penn Wharton China Center that would open in March.

Wharton Dean returns to his roots

Traveling back to Asia at the end of November, Garrett was in Singapore to visit the INSEAD Knowledge Singapore, a Wharton alliance partner, and later he went to London to meet with more alumni at the beginning of December.

The central part of Garrett’s year abroad was his Global Conversation Tour, which began in Hong Kong on Jan. 12, and later travelled to Philadelphia, New York, London, Miami and San Francisco. During the Conversations, he shared his vision for Wharton with alumni and engaged in a discussion on stage with a distinguished Wharton alum in each city. The next Conversation will take place on June 9 in Boston.

As Garrett told The Daily Pennsylvanian in a statement at the time of the Philadelphia event, “The Tour offers me lots of great chances to listen to and learn from Wharton’s incredible alumni literally all around the globe.”

Interwoven with Garrett’s Conversation Tour were additional travels — notably, to the World Economic Forum in Davos at the end of January, to the opening of the Penn Wharton China Center in Beijing at the beginning of March, as well as a Global Forum event in Bangkok.

While Garrett deems interacting with those that make up Wharton to be an achievement, he added that trying to meet all of the stakeholders has also been one of his greatest challenges. “There are so many ideas to hear and perspectives to learn from,” he said.

Despite all of the engagement outside of Philadelphia, Garrett emphasized the meaningfulness of his interactions with students.

When asked what he would remember most of his year, Garrett said, “My first Convocation, welcoming in the first students under my Deanship. It was a powerful thing to see the faces of all those amazing students who were just as new as I was.”

Garrett not only uses his Twitter feed to showcase his traditional duties as dean, but also his more personal side. His posts have included his throwing of the first pitch at the Phillies game on August 7, selfies taken with undergraduates at a question and answer session at the beginning of September and even a shot of the exterior of his new Philadelphia home.

In the next year, Garrett hopes to work on building Wharton’s leadership in the areas of analytics, innovation and entrepreneurship, continuing to explore the myriad possibilities created by globalization and technology.

In terms of what Garrett will be working on most extensively, it is “making sure our great Entrepreneurship and Innovation work at Wharton is clear enough for the world to understand and building a data analytics curriculum,” he said.

Despite these ambitious goals, Garrett is hoping to have some time to himself this summer, “catching up” and spending time with his wife.

After reflecting on his first year at Wharton, Garrett also offered some advice for graduating and also incoming students.

For the graduates, “Take every opportunity to grow, listen to as many ideas as you can and remember that you are part of the Wharton family for the rest of your lives,” he said. And for the new students: “Jump into your time here with both feet. You won’t regret a second.”